Pace of New Home Sales Ticks Up but Still Down 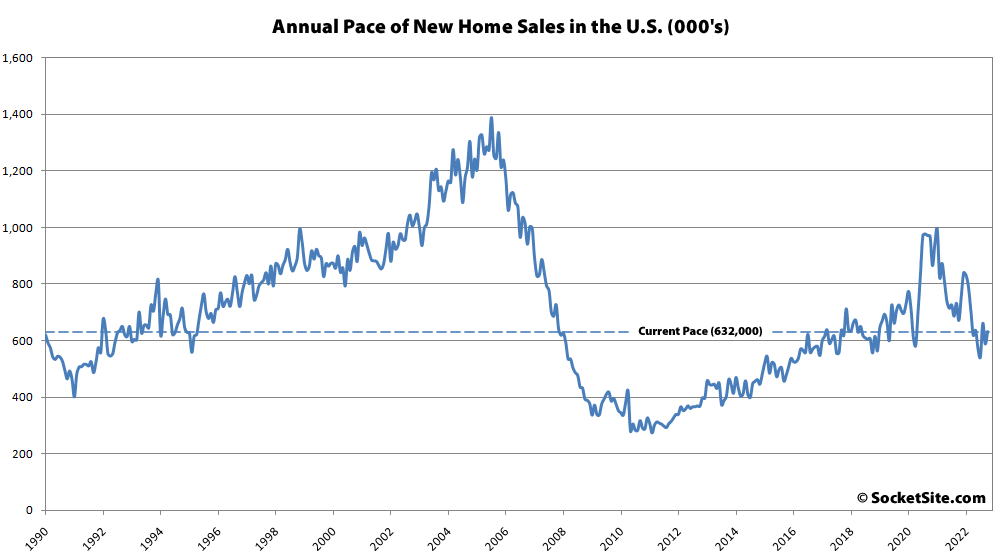 Having dropped in September, the seasonally adjusted pace of new single-family home sales in the U.S. ticked up 7.5 percent in October to an annualized rate of 632,000 sales, which was only 5.8 percent lower than at the same time last year but nearly 35 percent below the pace of sales in October of 2020, 10.9 percent below the pace in October of 2019 and mortgage loan application volume for new home purchases, which is a leading indicator, has since dropped. 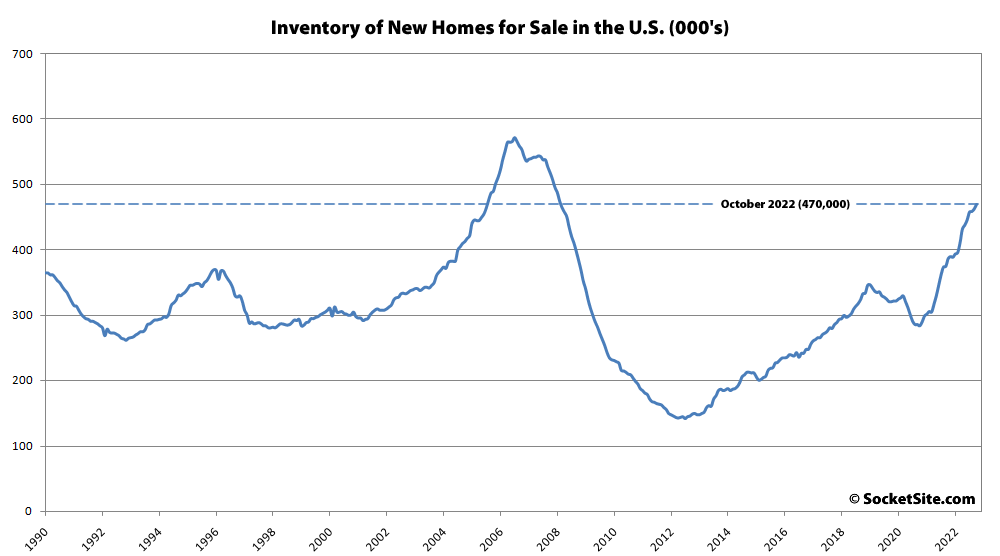 Buyers are Borrowing/Paying Less for Homes