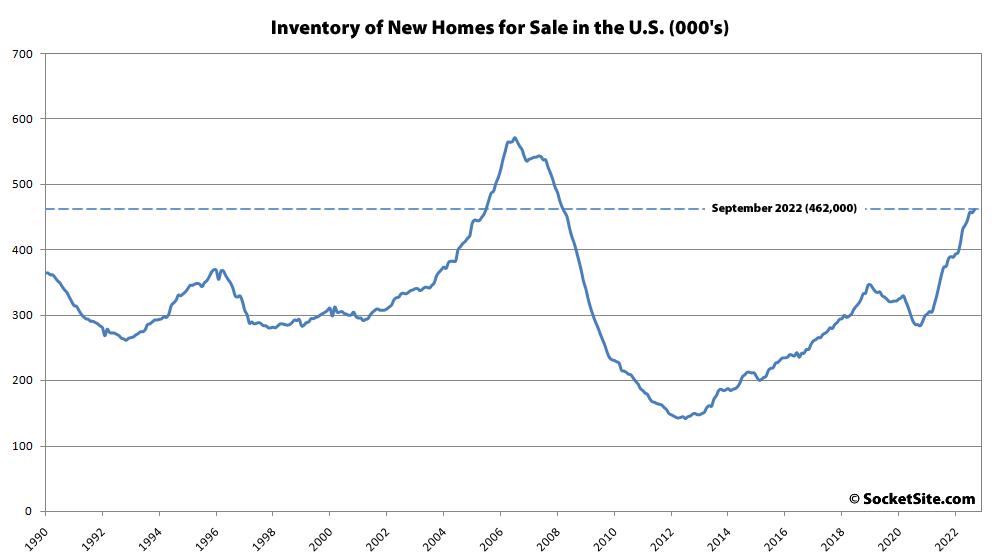 While the number of new homes on the market across the nation has surpassed a 14-year high, with over 23 percent more inventory than at the same time last year, the number of mortgage loan applications for new homes in the U.S. dropped 13 percent in October and was down 28.6 percent on a year-over-year basis, according to data from the Mortgage Bankers Association.

At the same time, the average loan size has dropped 8 percent over the past six months despite a sharp increase in rates over the same period of time, a drop which isn’t being driven by larger down payments from the reduced pool of buyers but rather the reduced purchasing power of said buyers and the resultant downward pressure on home values, as we outlined at the end of last year and shouldn’t have caught any plugged-in readers, other than the most obstinate, by surprise.