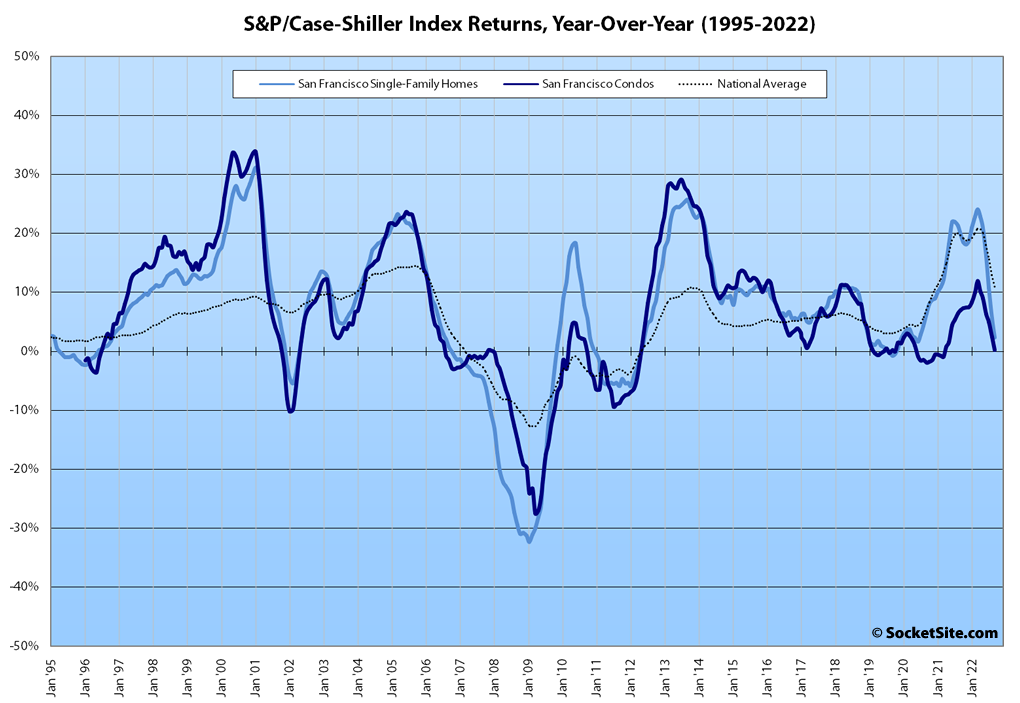 Having dropped 4.3 percent in August, the S&P CoreLogic Case-Shiller Index for single-family home values within the San Francisco Metropolitan Area – which includes the East Bay, North Bay and Peninsula – fell another 2.9 percent in September.

While the San Francisco index is still 2.3 percent higher than at the same time last year, it’s down 11.6 percent since May, has rapidly decelerated from a 24.1 percent year-over-year increase in March, and should reveal a year-over-year decline in values within a month or two, none of which should catch any plugged-in readers by surprise. 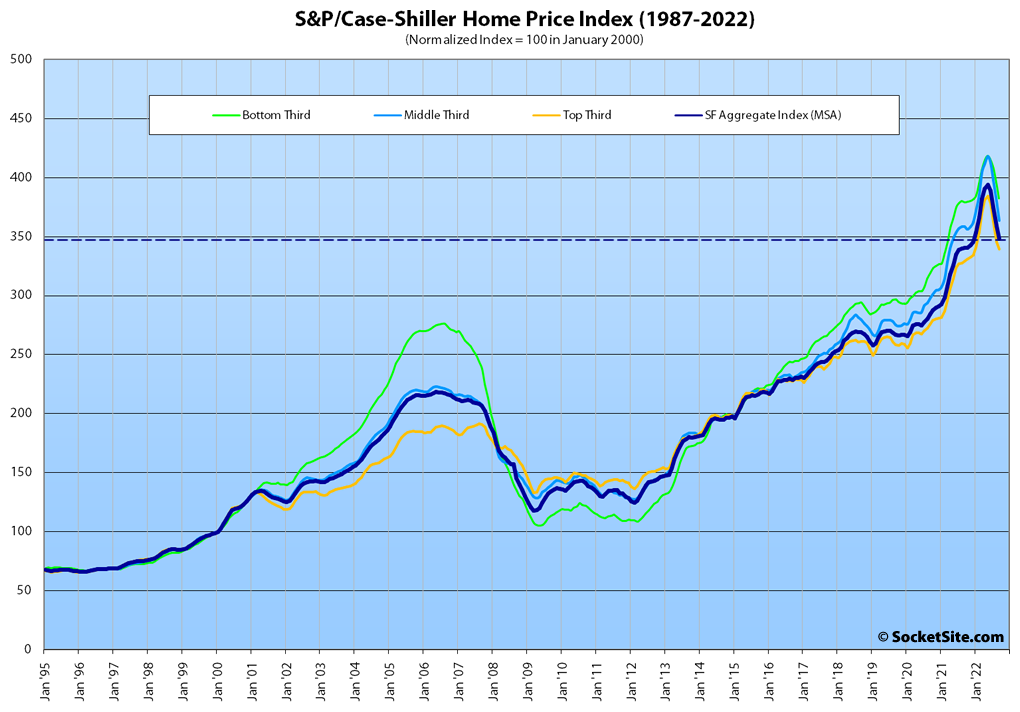 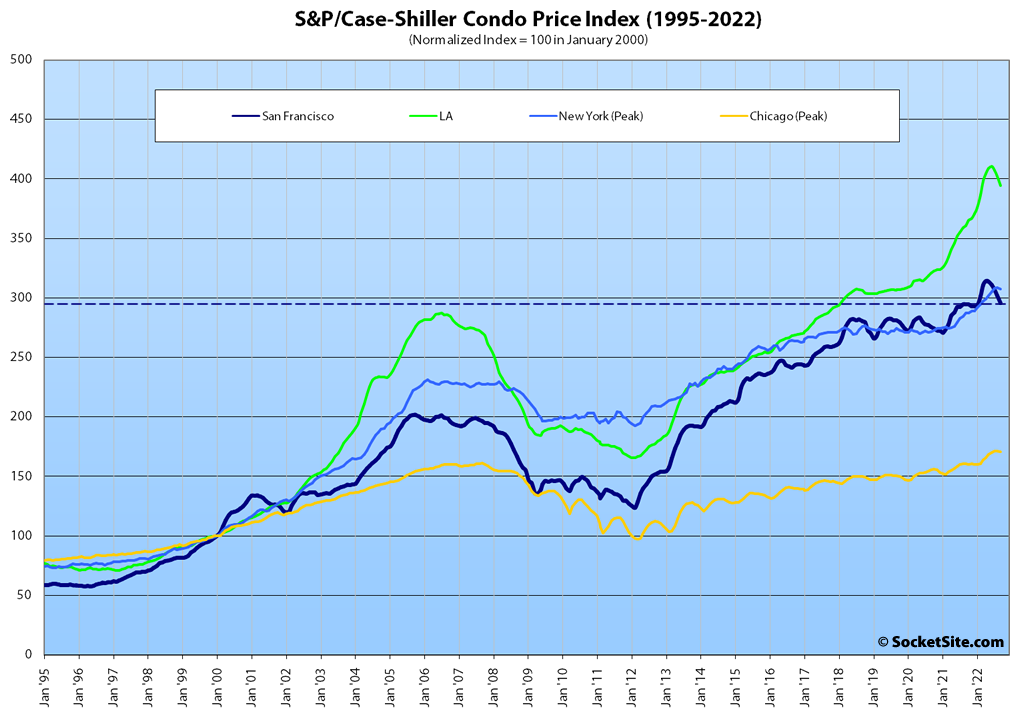 Nationally, Miami led the way with respect to exuberantly indexed home price gains, up 24.6 percent on a year-over-year basis, followed by Tampa (up 23.8 percent) and Charlotte (up 17.8 percent) but with an acceleration in the “deceleration in U.S. housing prices,” a month-over-month drop of 1.0 percent overall, and the index for San Francisco and Seattle having dropped more than any other major metropolitan areas.

Be Best for Over 20 Percent Less