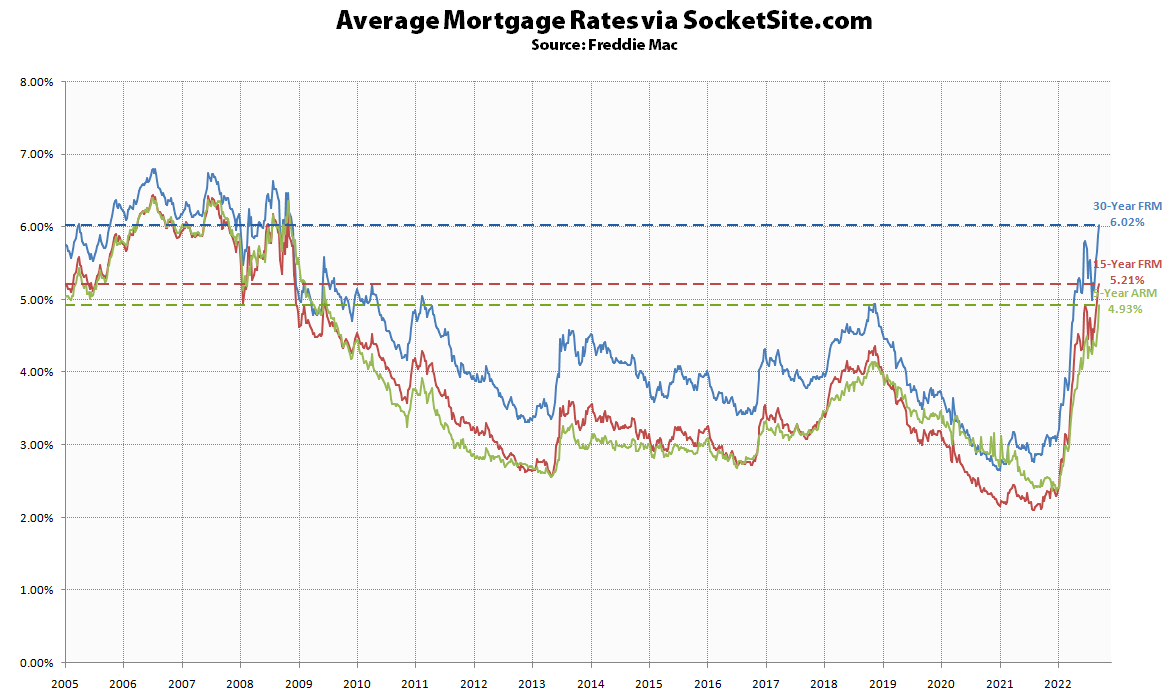 Having already doubled over the past year, the average rate for a benchmark 30-year mortgage ticked up another 13 basis points (0.13 percentage points) over the past week to 6.02 percent, an average rate which is 110 percent higher than at the same time last year, 127 percent above last year’s all-time low, and the highest average rate since the fourth quarter of 2008. That being said, the current 30-year rate isn’t particularly high relative to its historic averages, as plotted below. 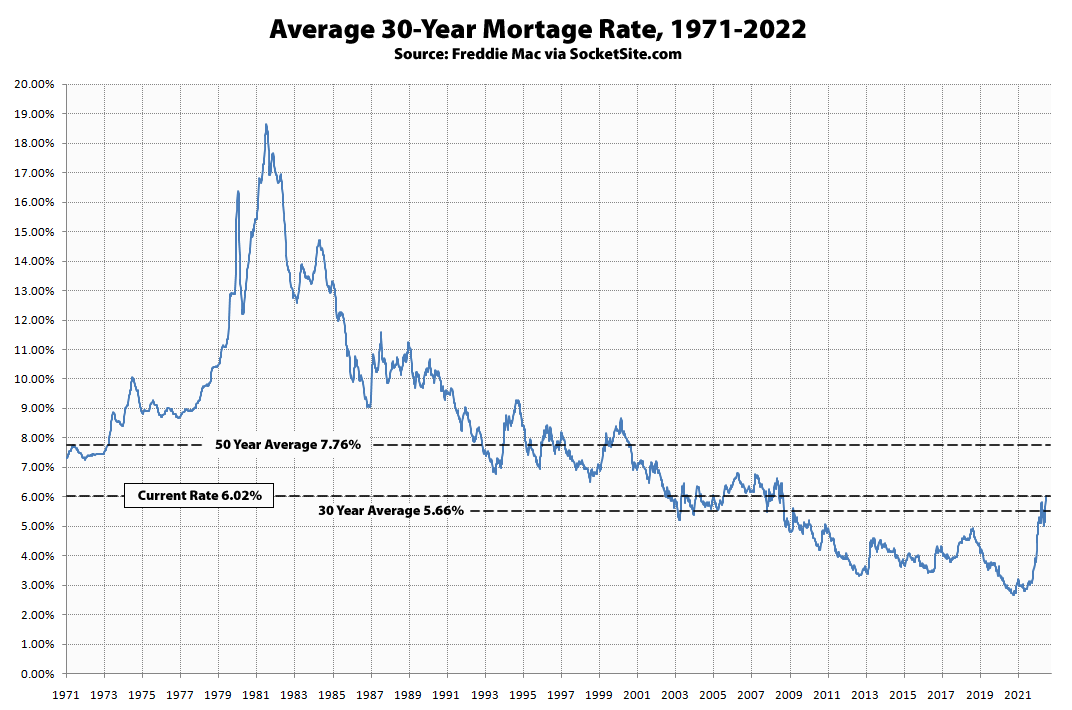 At the same time, the average rate for a 5-year adjustable rate mortgage (ARM) has climbed to 4.93 percent, which is not only 96 percent higher than at the same time last year but 86 percent higher than the average 30-year rate at the beginning of last year with the probability of the Federal Reserve raising the federal funds (“interest”) rate by at least another full percentage point by the end of this year holding at “100 percent” based on an analysis of the futures market. In fact, the futures market is now predicting the Fed will raise rates by at least another 1.5 percentage points by mid-December.