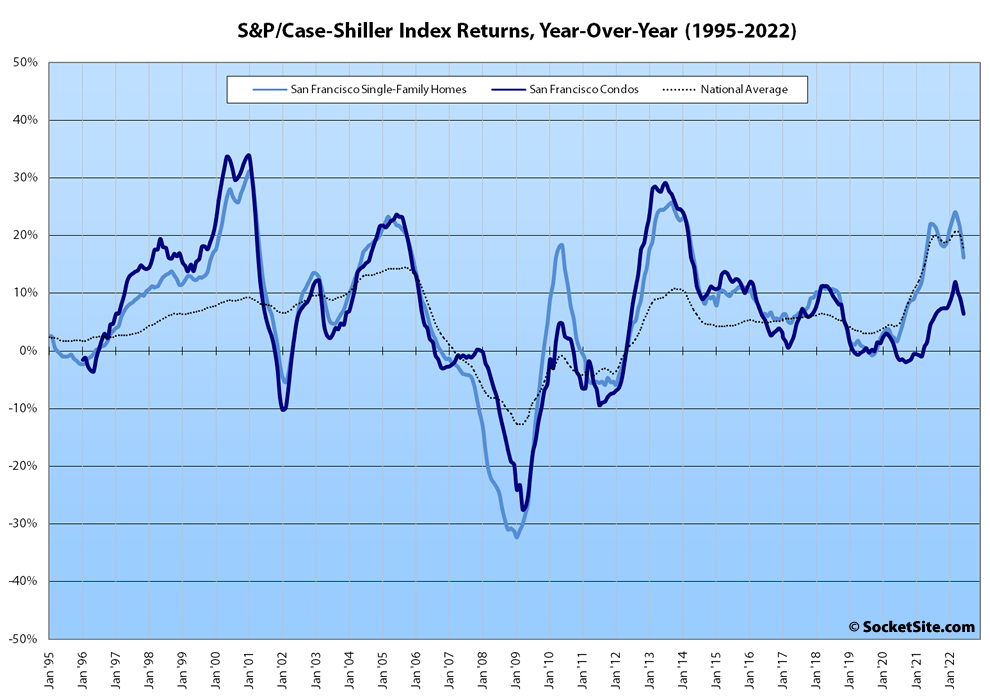 Having inched up 0.9 percent in May, the S&P CoreLogic Case-Shiller Index for single-family home values within the San Francisco Metropolitan Area – which includes the East Bay, North Bay and Peninsula – dropped 1.3 percent in June, which was the largest month-over-month decline since the fourth quarter of 2018 but still 16.1 percent higher than at the same time last year with a rapid deceleration from a year-over-year gain of 24.1 percent in March. 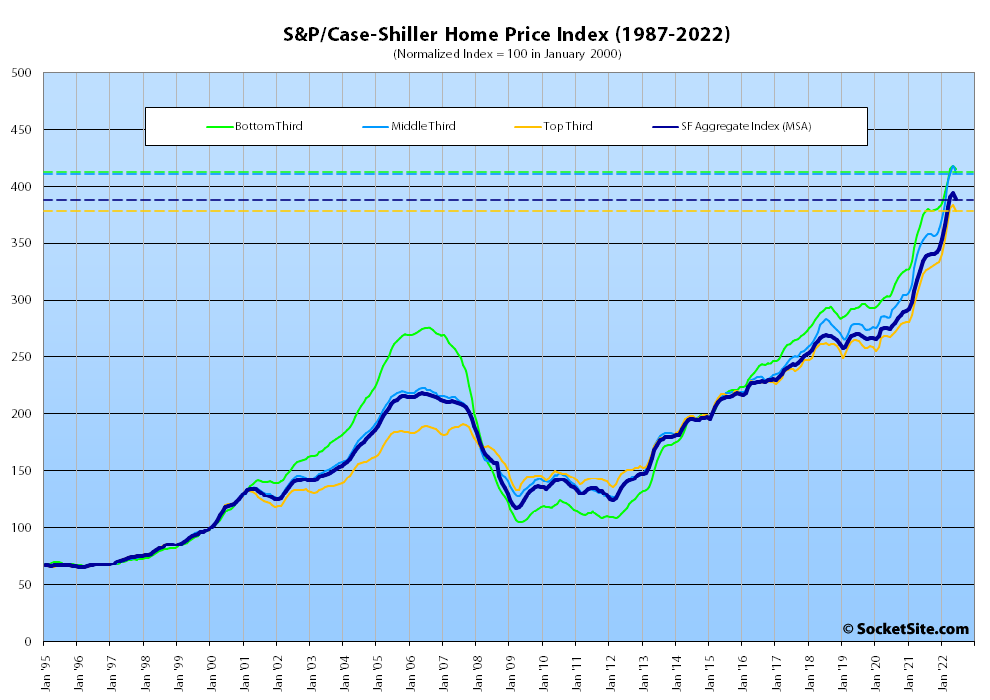 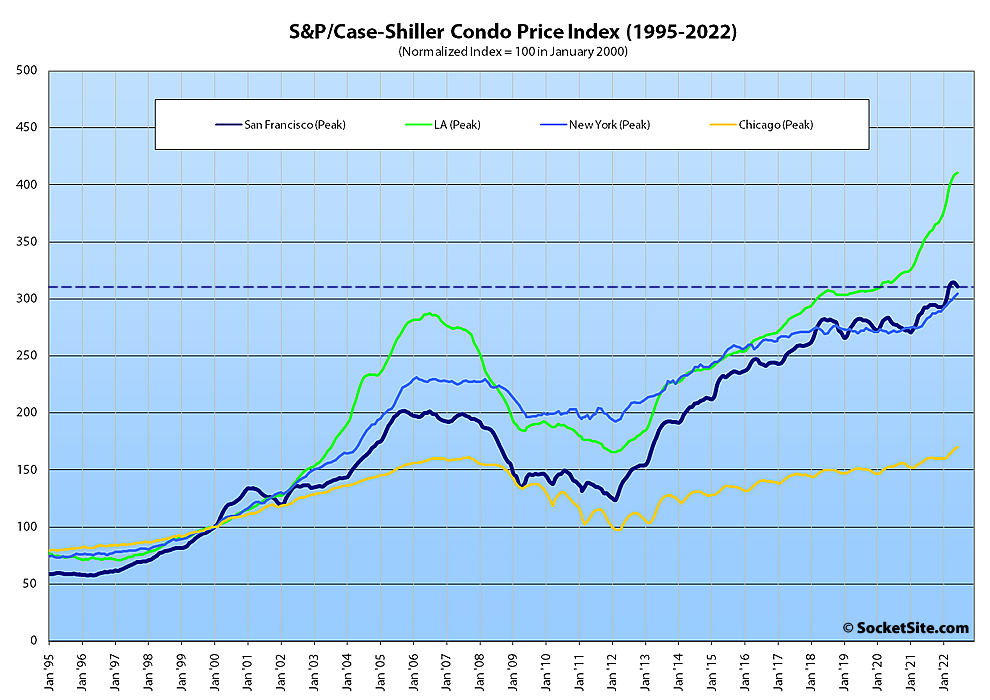 Nationally, Tampa once again led the way with respect to exuberantly indexed home price gains, up 35.0 percent on a year-over-year basis, followed by Miami (up 33.0 percent) and Dallas (up 28.2 percent) but with a continued “deceleration in U.S. housing prices” and a month-over-month gain of 0.6 percent overall.

Demand for Mortgages to Purchase Homes Continues to Shrink