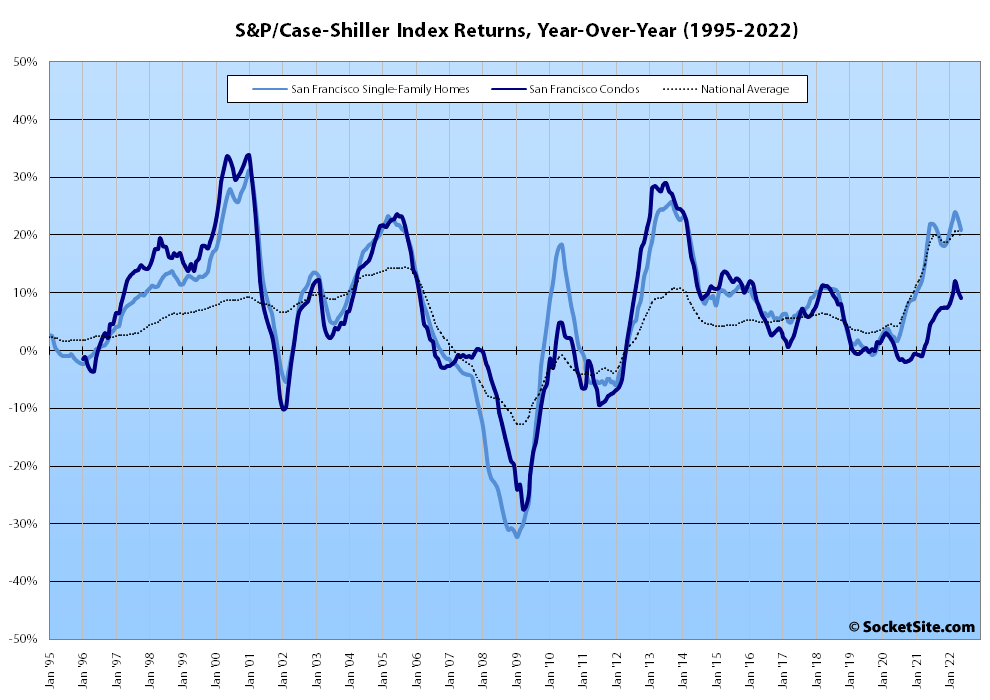 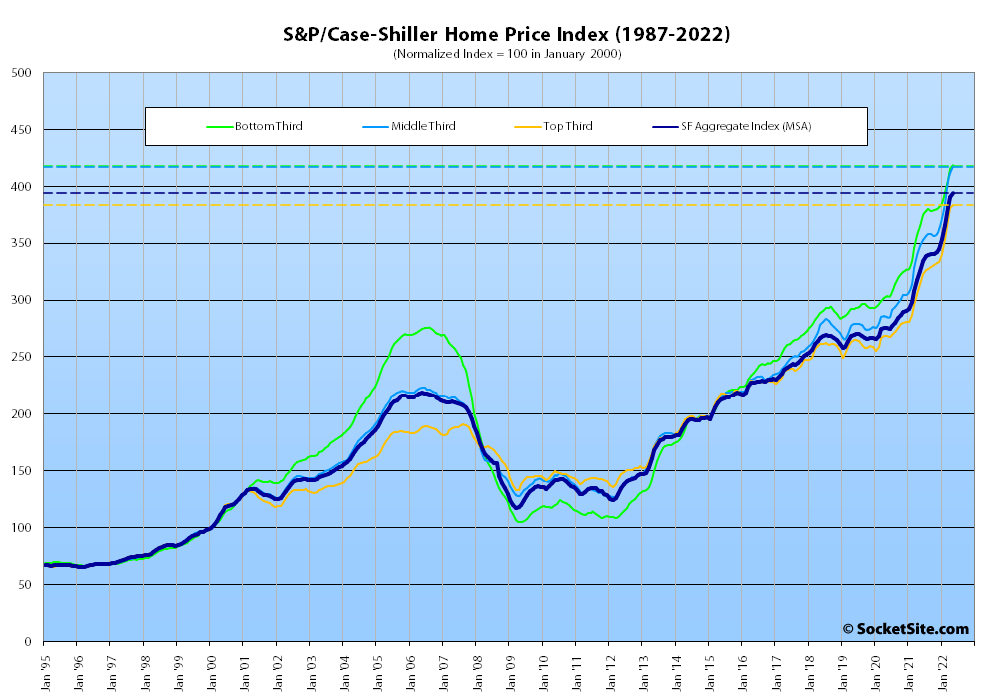 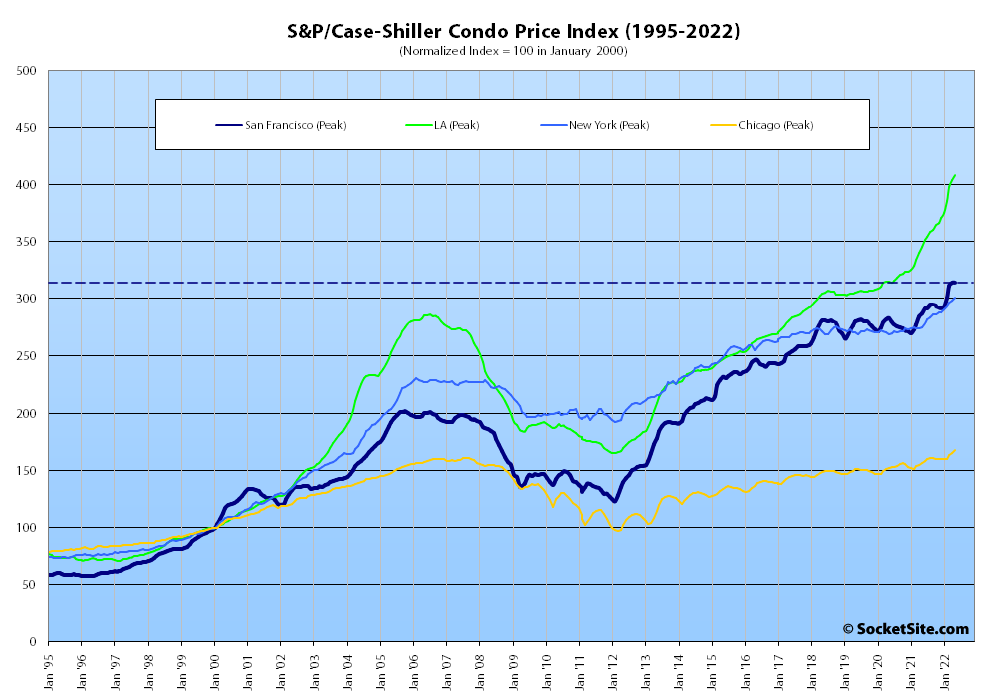 And nationally, Tampa once again led the way with respect to exuberantly indexed home price gains, up 36.1 percent on a year-over-year basis, followed by Miami (up 34.0 percent) and now Dallas (up 30.8 percent) which displaced Phoenix (up 29.7 percent) for third place spot.

Pending Home Sales in San Francisco Down Over 30 Percent

Number of Homes for Sale in S.F. Peaks, Reductions Rise