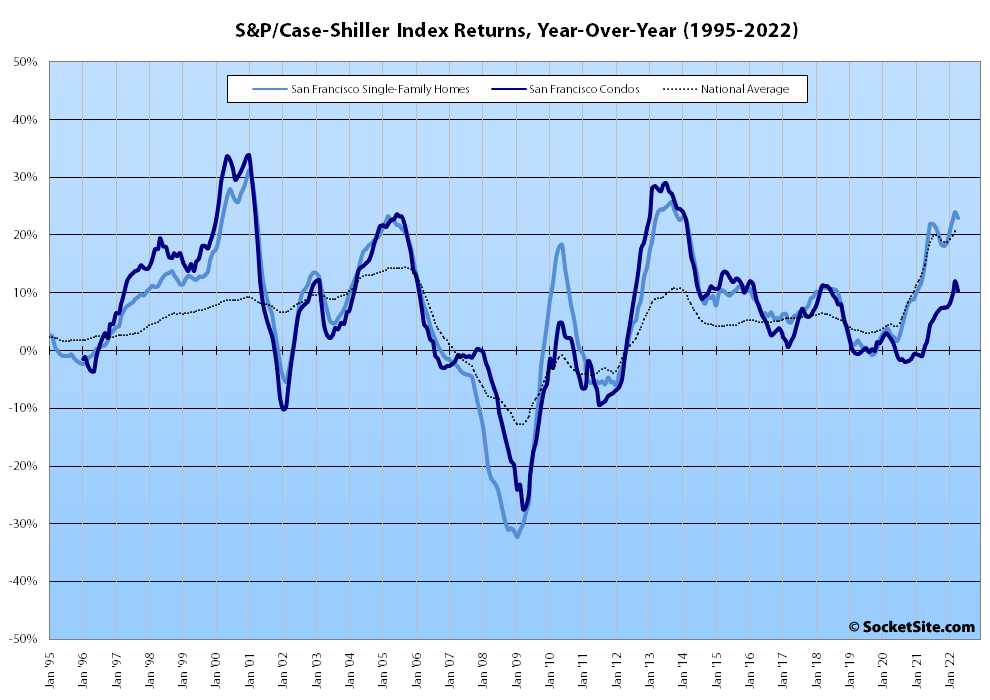 Having jumped a downwardly revised 4.3 percent in March, the S&P CoreLogic Case-Shiller Index for single-family home values within the San Francisco Metropolitan Area – which includes the East Bay, North Bay and Peninsula – ticked up 2.2 percent in April for a year-over-year gain of 22.9 percent versus 20.4 percent nationally. 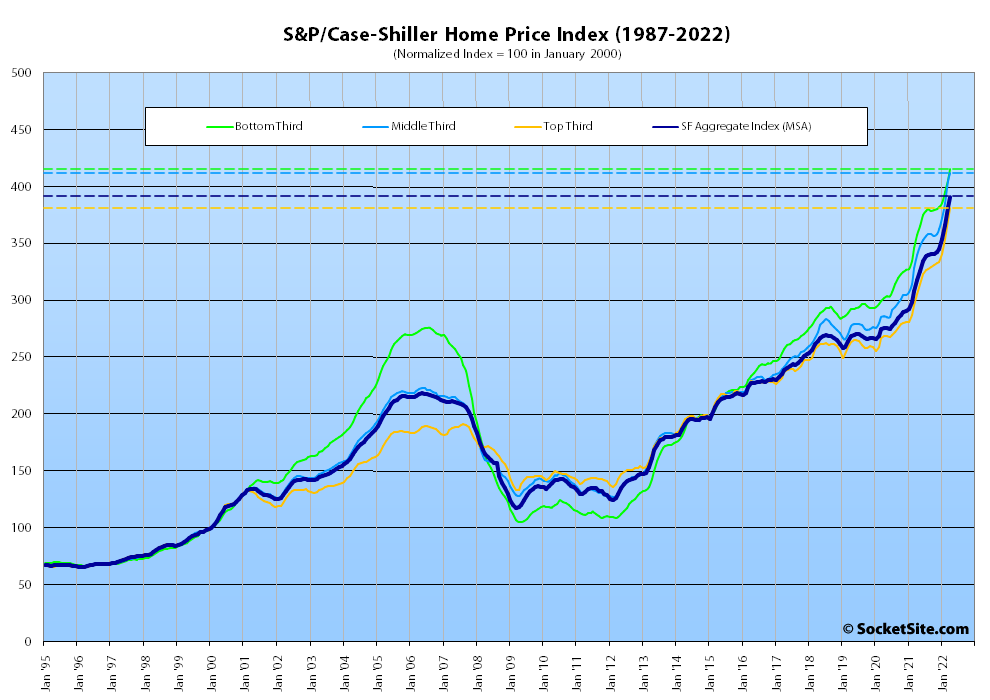 The index for Bay Area condo values, which remains a leading indicator for the market as a whole, ticked up one (1.0) percent in April for a year-over-year gain of 10.3 percent (versus 18.7 percent, 6.7 percent and 8.6 percent in Los Angeles, Chicago and New York respectively). 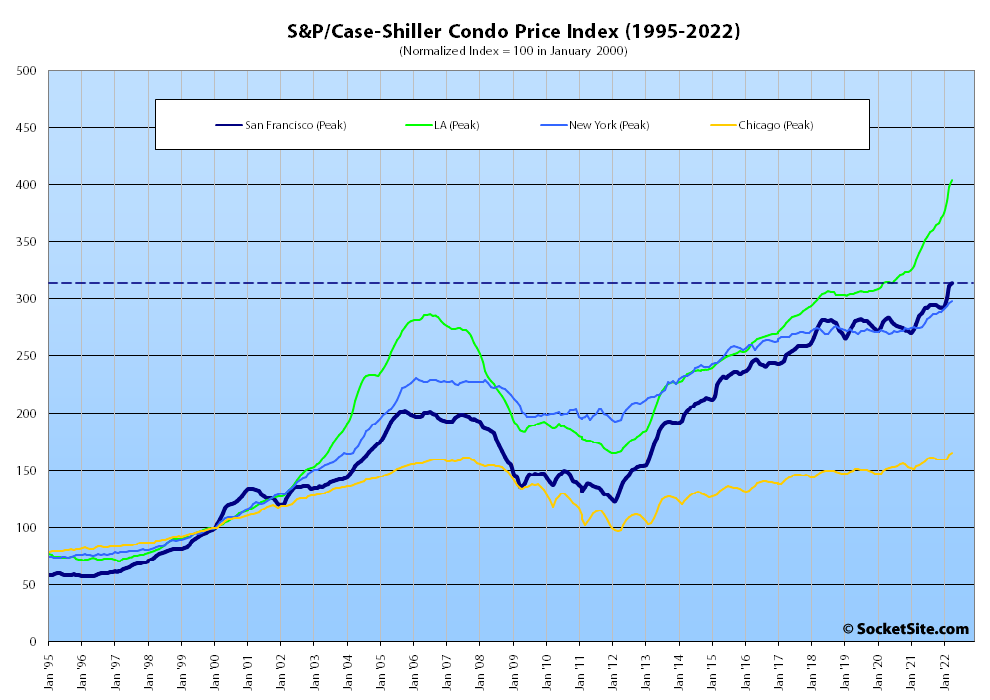 And nationally, Tampa once again led the way with respect to exuberantly indexed home price gains, up 35.8 percent on a year-over-year basis, followed by Miami (up 33.3 percent) and Phoenix (up 31.3 percent).

Purchase Mortgage Activity in the U.S. Down Over 20 Percent

Pending Home Sales in the U.S. Inch Up, Drop Year-Over-Year