Benchmark Mortgage Rate Drops Over Half a Point, But… 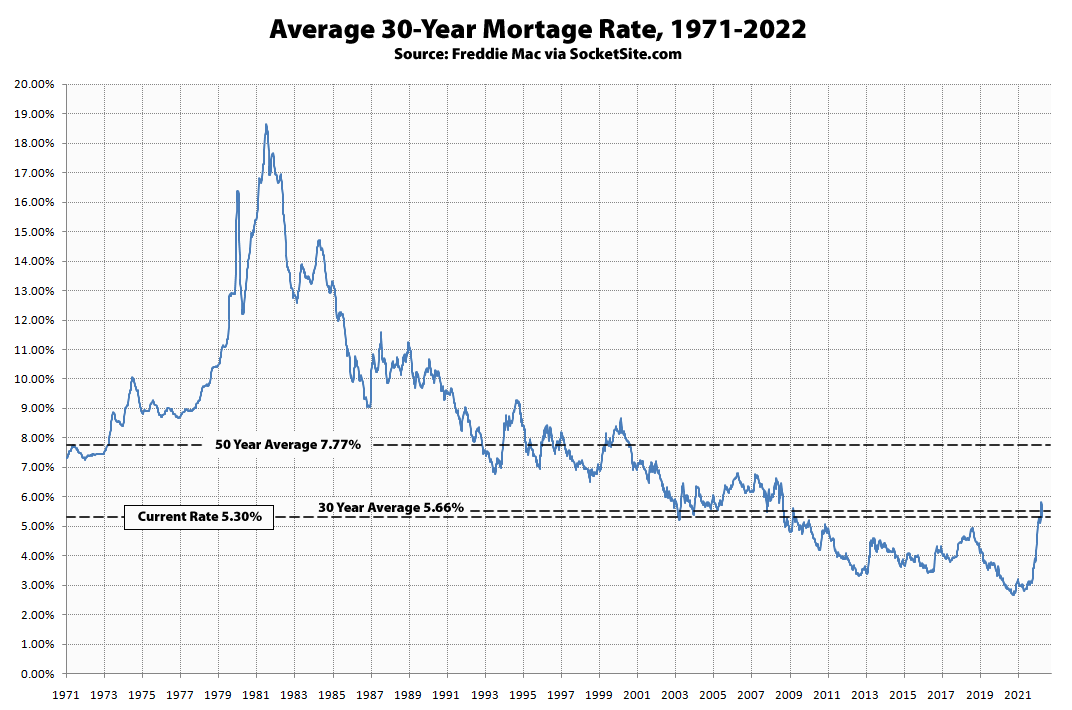 Having hit 5.81 percent two weeks ago, which was the highest average rate since November of 2008 and above-average over the past 30 years, the average rate for a benchmark 30-year mortgage has since dropped 51 basis points (0.51 percentage points) to 5.30 percent with a 40 basis point drop over the past week alone, driven by increasing concerns of a recession and hard landing.