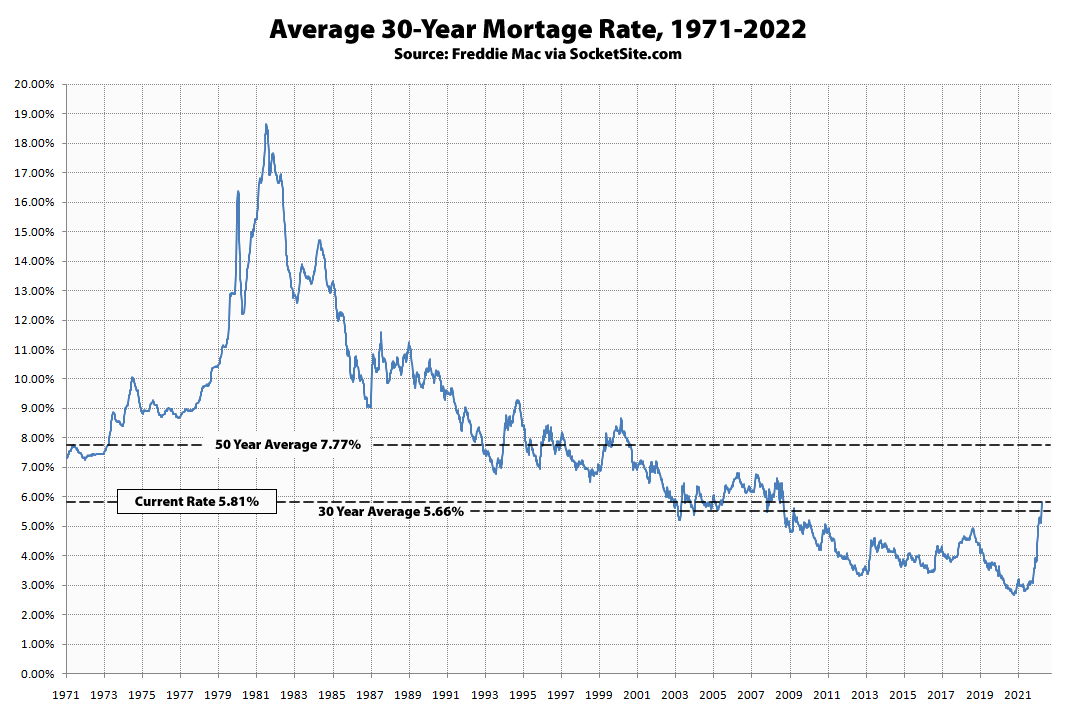 Having inched up another 3 basis points (0.03 percentage points) over the past week to 5.81 percent, which is the highest average 30-year mortgage rate since November of 2008, the benchmark mortgage rate is now above its 30 year average for the first time in over two decades and poised to climb.

Once again, with the rise in rates, mortgage application volume in the U.S. has already dropped to a 22-year low, with purchase volume down over 20 percent, year-over-year. And as we outlined at the end of last year, when the average 30-year rate was closer to 3 percent, the projected rate hikes, which have since materialized, would translate into “higher mortgage rates, less purchasing power for buyers and downward pressure on home values.”

Pace of New Home Sales in the U.S. Ticks Up, But…