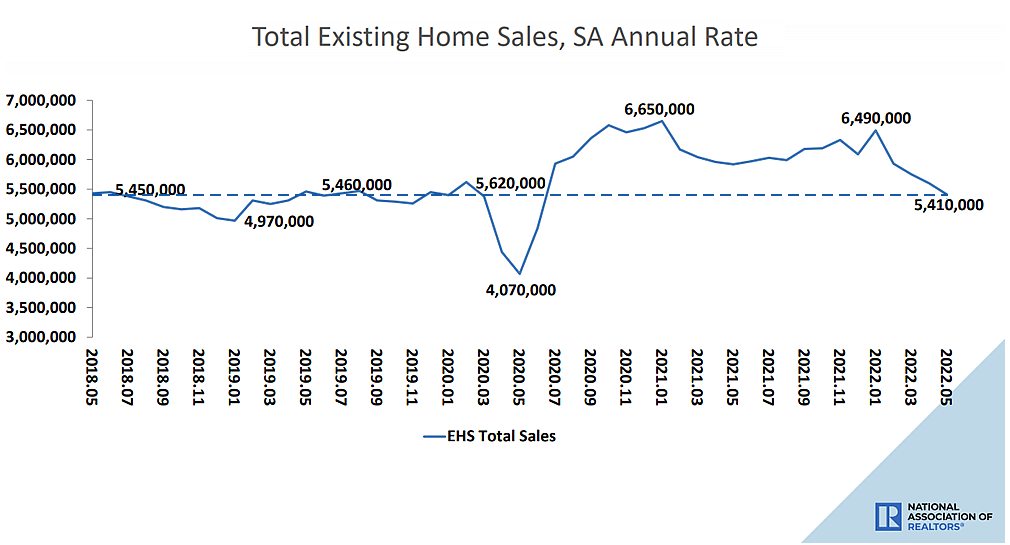 Having dropped 2.4 percent in April, the seasonally adjusted pace of existing-home sales across the U.S. fell another 3.4 percent in May to an annual rate of 5.41 million sales, representing the tenth straight month with a year-over-year decline in sales, the largest year-over-year decline (8.6 percent) since the pandemic hit, and the slowest seasonally adjusted pace of sales since June of 2020, according to data from the National Association of Realtors (NAR). 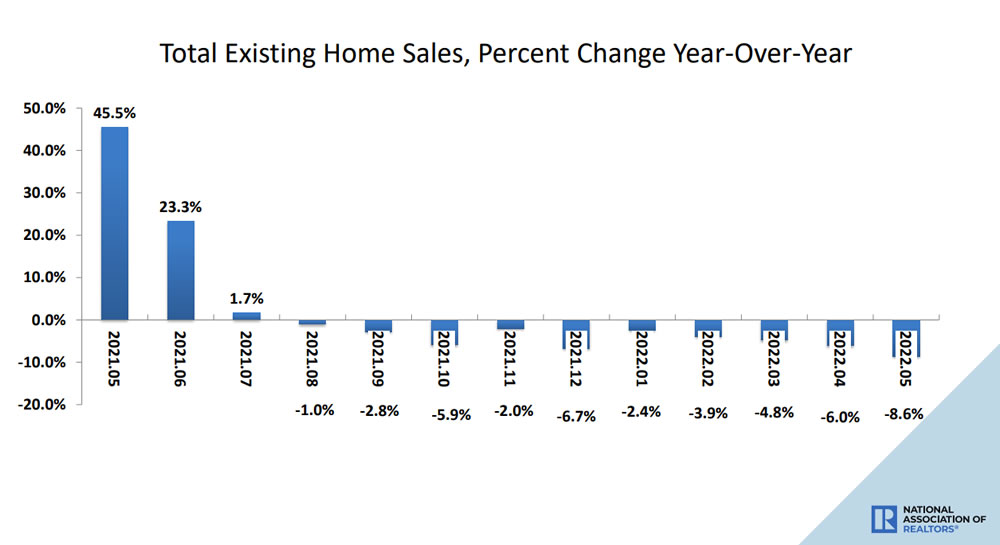 At the same time, the number of existing homes on the market at the end of last month, net of all sales, increased another 12.6 percent and was back to within 5 percent of last year’s levels with the inventory of unsold new homes on the market having climbed to a 13-year high. And while the median existing-home sale price last month was a record $407,600 and 14.8 percent higher than it was at the same time last year, that’s with a dramatic shift in the mix of the homes that have sold, a key point that we really can’t overemphasize, but we’ll try. 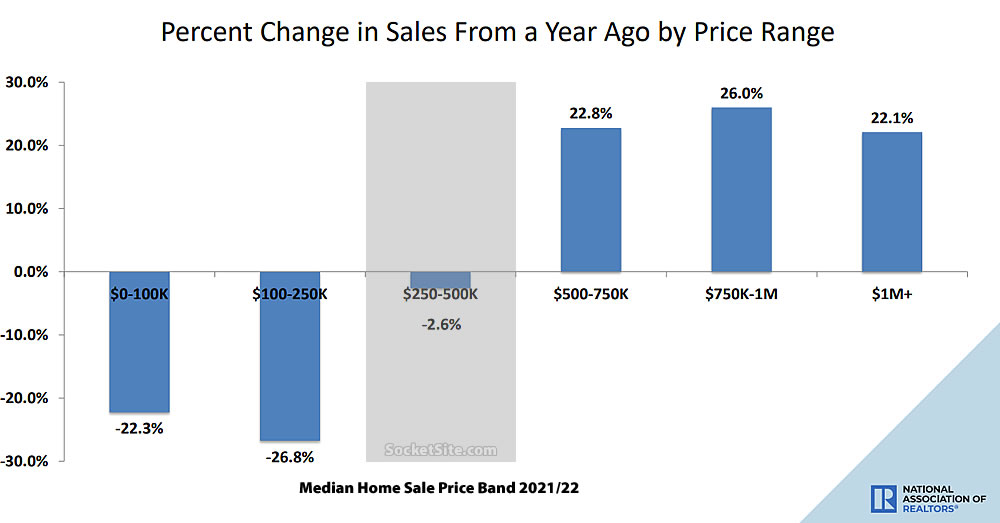