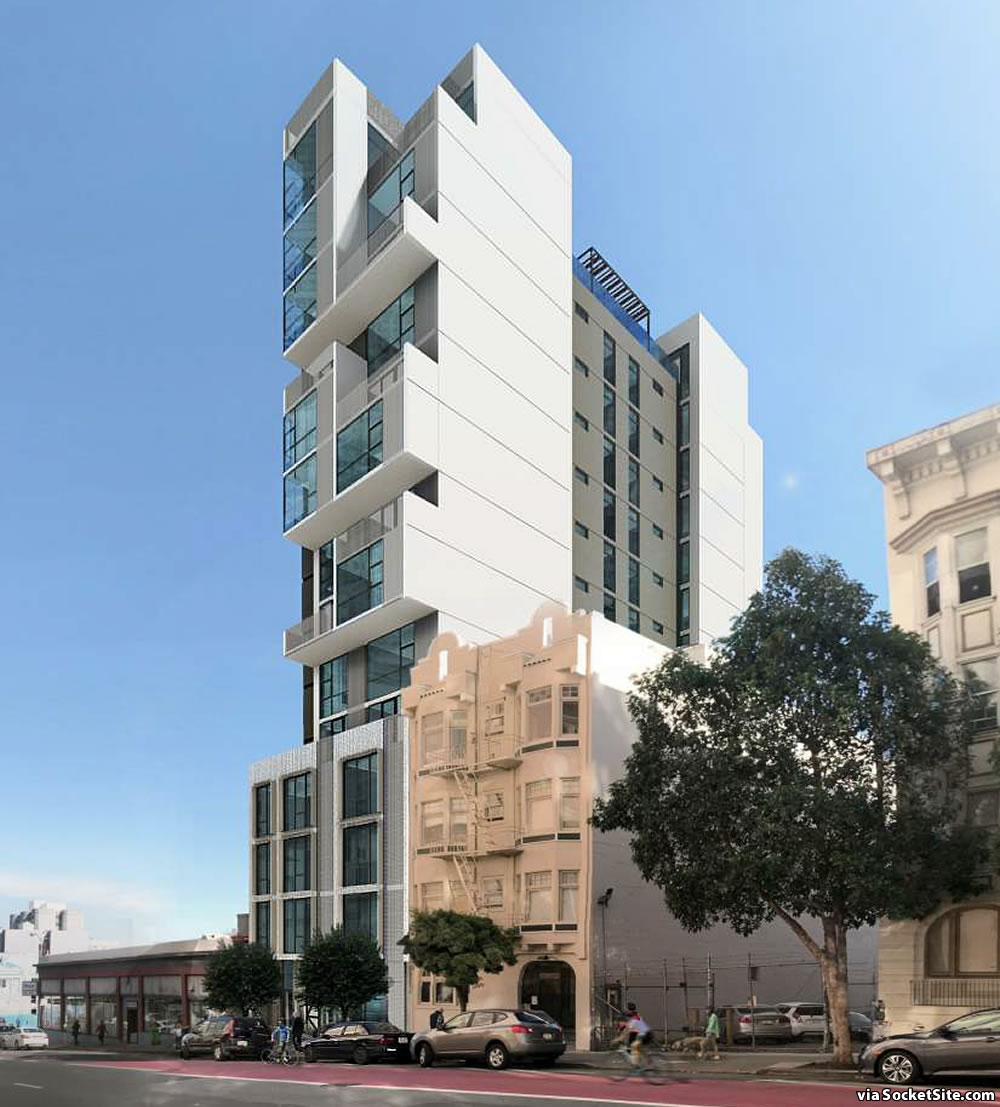 As we outlined and suggested earlier this year:

The refined plans for a 14-story tower with a variegated upper mass to rise upon the Polk Gulch parcel at 925 O’Farrell Street could be entitled next week.

Having added an additional 10 feet in height since formally proposed, the 140-foot-tall tower on the through block lot would yield 50 apartments, a mix of 24 studios, 25 two-bedrooms and one three, with 800 square feet of ground floor retail space; a 690-square-foot roof deck for the building’s residents; 27 individual decks or terraces; and a secured storage room for 50 bikes, but no garage, as designed by David Baker Architects.

All that being said, building permits for the proposed project have yet to be requested, which suggests its entitlement is likely to be banked or sold with the underlying parcel and shuttered restaurant building on the site having been purchased for $3.6 million back in 2017. We’ll keep you posted and plugged-in.

And as suggested, the since approved plans for the 14-story tower and Polk Gulch parcel at 921-925 O’Farrell Street have now hit the market with a $9 million price tag, or under $180,000 per entitled unit, rather than positioning to break ground.  We’ll continue to keep you posted and plugged-in. 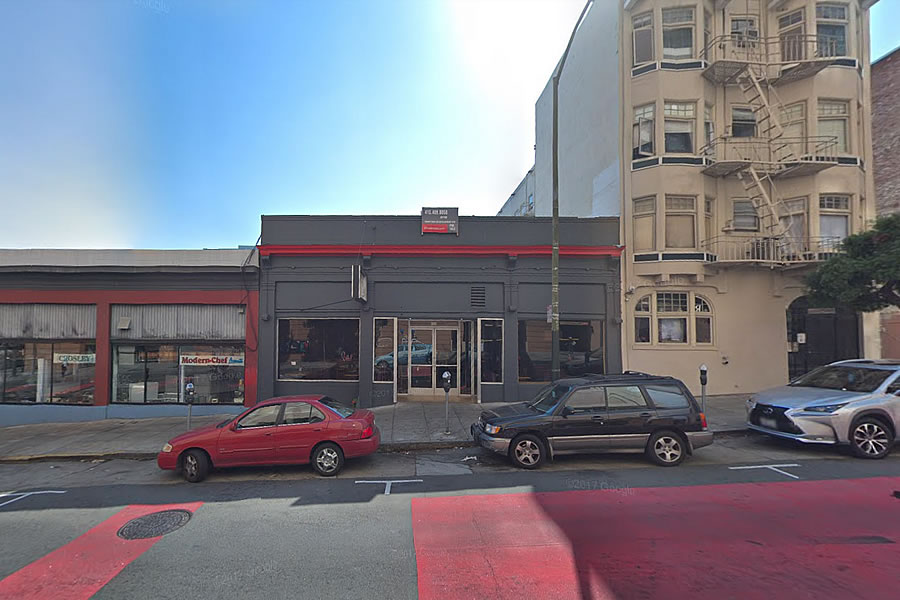