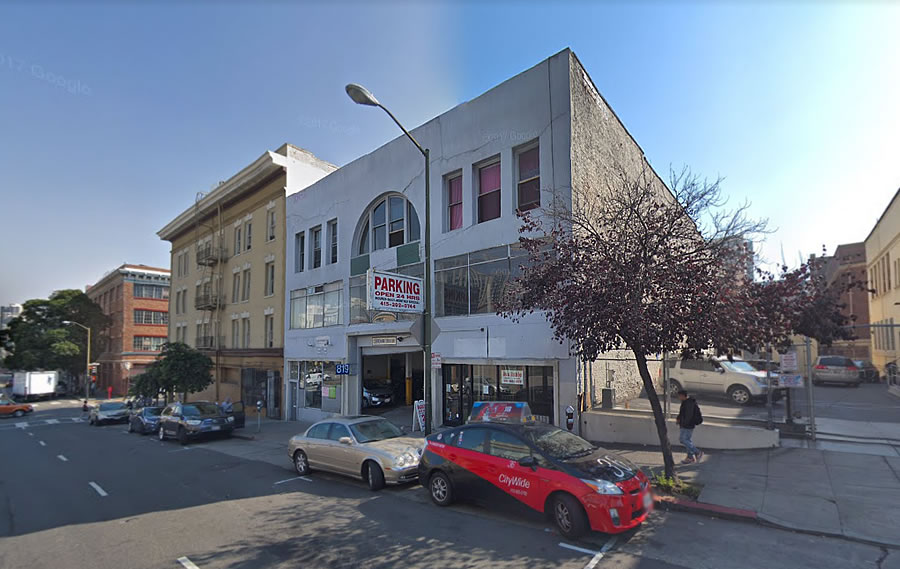 Having failed to sell at auction and survived a foreclosure scare, plans to entitle a bigger-than-bonus-sized tower to rise on the former National Guard armory turned parking garage site at 819 Ellis Street are progressing.

While conceptual plans for a 13-story tower to rise up to 135 feet in height upon the Polk Gulch parcel were making the rounds a few years ago, a new set of plans for a 16-story, 165-foot-tall tower have not only been drawn by rg-architecture but a formal application to entitle the 16-story tower has been submitted to Planning, sponsored by JS Sullivan Development. 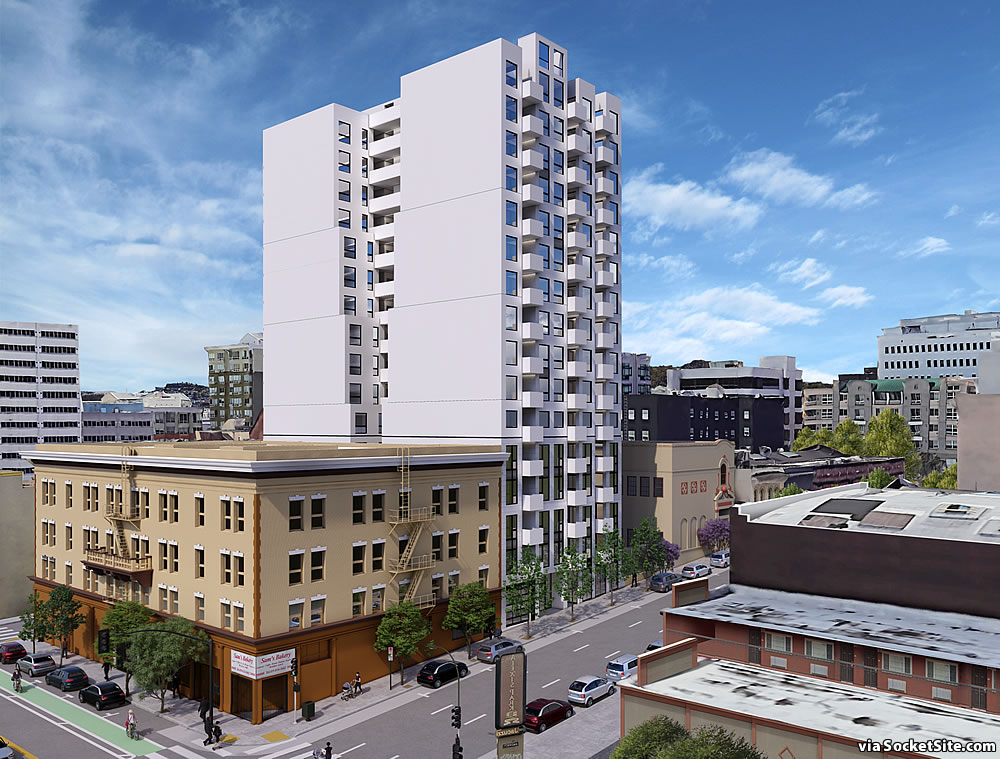 If approved and the ground is broken, the development as proposed would yield 120 condos, including 60 studios and 60 one-bedrooms, with a ground floor commercial space and off-street parking for 30 cars and 106 bikes, leveraging both a State Density Bonus and proposed “Cars to Casas” ordinance for the height, mass and density of the development as envisioned.

Premium for Renting in San Francisco Is Ticking Back Up