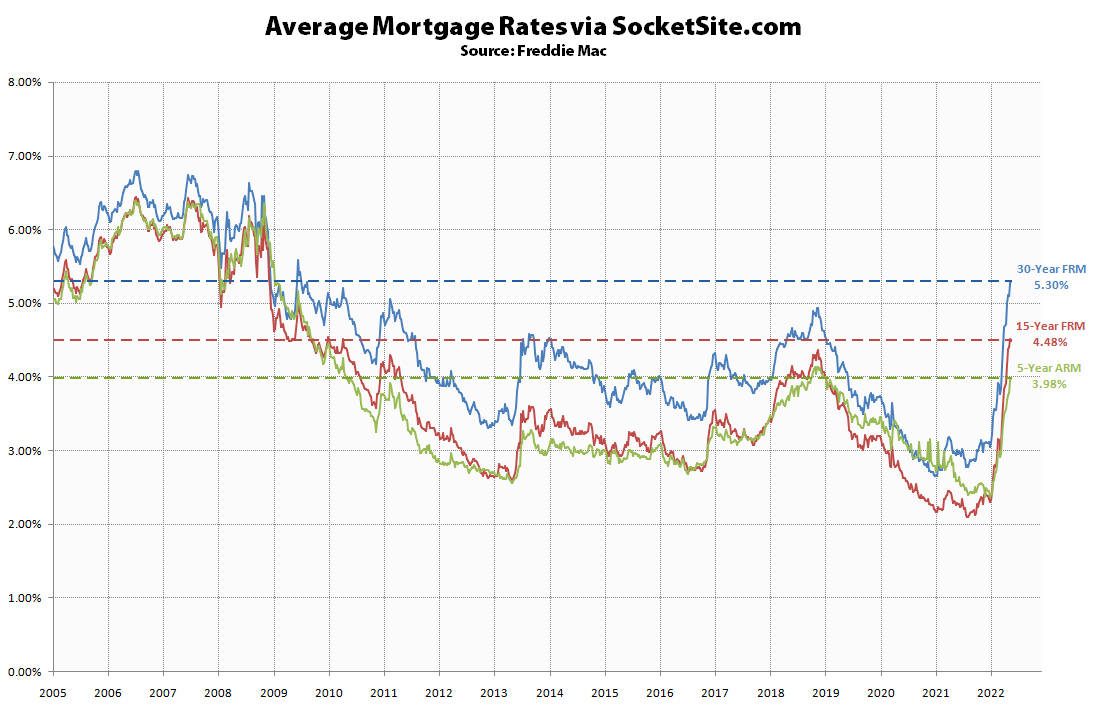 As we noted last week, “the yield on the 10-year treasury [had] inched up around 3 basis points since the Fed’s [rate hike] announcement, indicating the near-certain hike was already priced-in and should moderate any significant jumps in mortgage rates over the next week.”

The average rate for a 30-year mortgage subsequently inched up exactly 3 basis points over the past week to 5.30 percent and is now 236 basis points or 80 percent higher than at the same time last year, representing the highest average 30-year rate since July of 2009, a trend that shouldn’t have caught any plugged-in readers by surprise.

At the same time, the average rate for a 5-year adjustable rate mortgage (ARM) inched up 2 basis points over the past week to 3.98 percent, which is 139 basis points or over 50 percent higher than at the same time last year as well as 50 percent higher than the average 30-year rate in January of 2021 and the highest average 5-year rate since the end of 2018 with the share of shorter duration ARM-funded purchases having nearly tripled over the past three months.

Pre-Pandemic Pricing Versus Spot Value for a Twisty Two