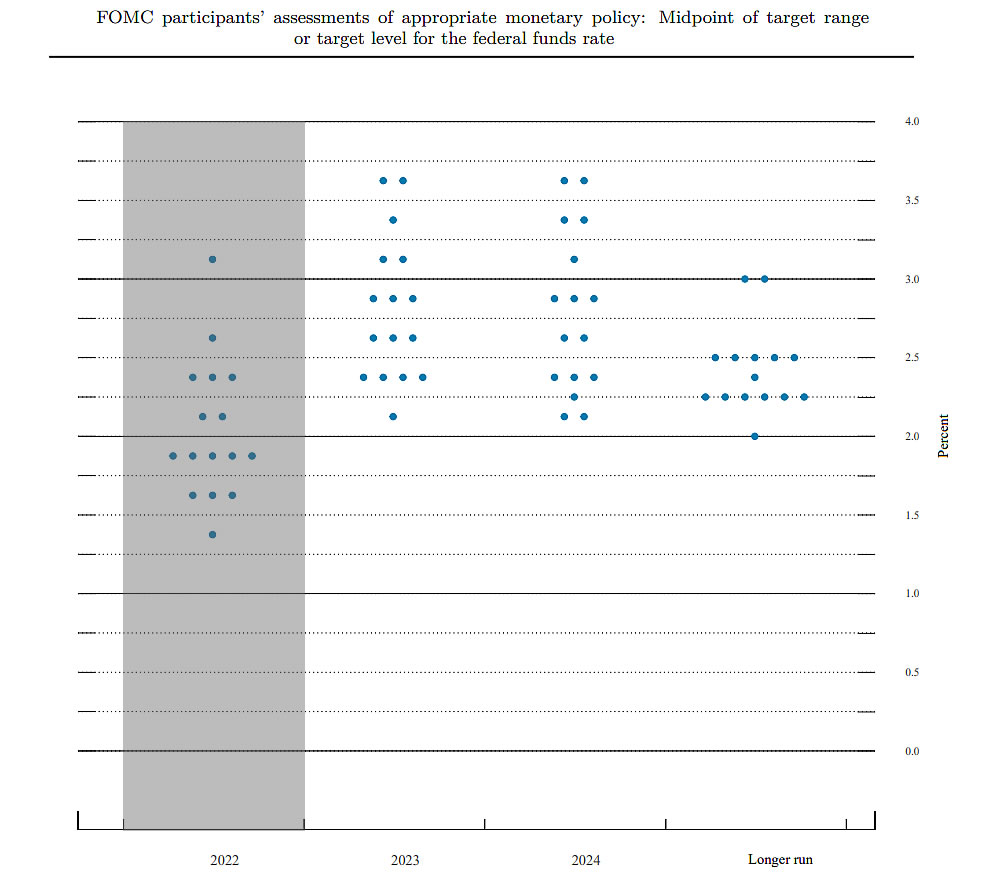 With the Federal Reserve having raised the target federal funds rate by 25 basis points (0.25 percentage points) last week, representing the first hike from a near zero rate in two years, the probability of the Fed adopting at least seven, if not eight, more quarter point hikes by the end of the year – which should translate into higher mortgage rates, less purchasing power for buyers and downward pressure on home values – has jumped.

In fact, based on an analysis of the futures market, the probability of the Fed raising the federal funds rate by another two (2) full percentage points by the end of the year has jumped to over 70 percent with the probability of at least seven more quarter point hikes now running at over 95 percent and the majority of Federal Open Market Committee (FOMC) members positioning for at least six quarter point hikes by the end of the year as dot plotted above last week.

Officially 25 Percent "Over Asking!" in Bernal Heights, But...