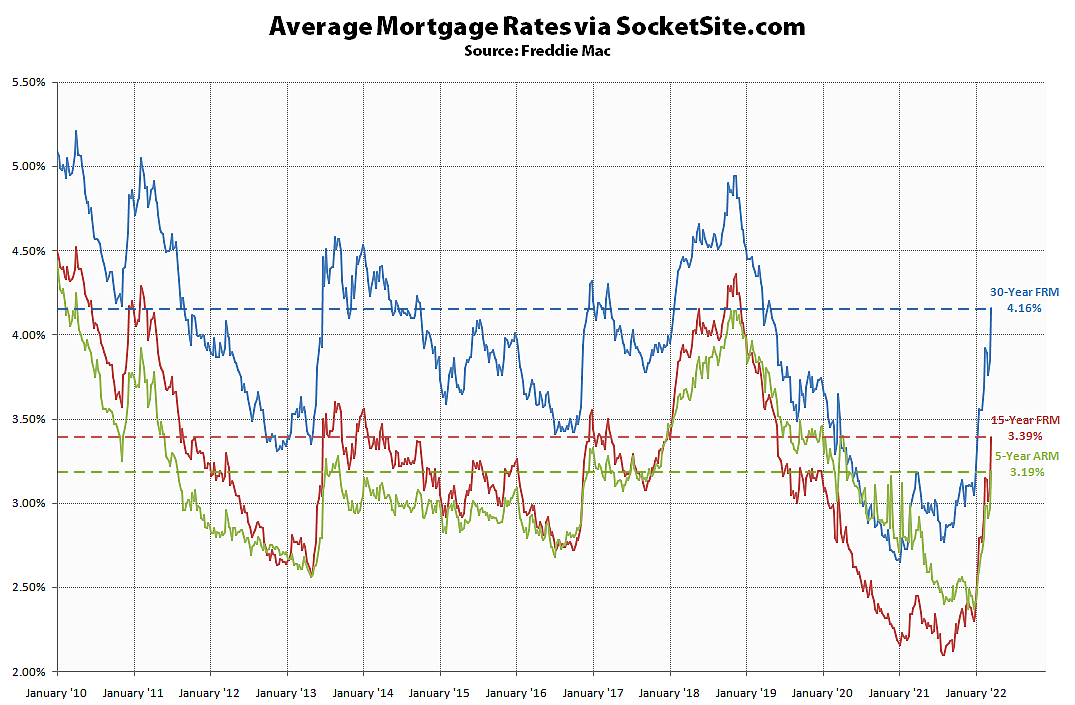 The average rate for a benchmark 30-year mortgage jumped 31 basis points (0.31 percentage points) over the past week to 4.16 percent, which is 35 percent (107 basis points) higher than at the same time last year, nearly 60 percent higher than in January of last year and the highest average rate since April of 2019.

While measured prior to the Fed’s rate hike yesterday, the yield on the 10-year treasury, which drives the 30-year mortgage rate, was effectively unchanged after the Fed’s announcement with the near certainty of a 25 basis point rate hike having already been priced in to the mortgage rate.

With the probability of at least five more quarter point rate hikes by the end of the year having just hit 98 percent, however, expect mortgage rates to continue to spike, resulting in less purchasing power for buyers and downward pressure on home values, none of which should catch any plugged-in readers by surprise.

Purchase Activity for New Homes in the U.S. Ticks Down