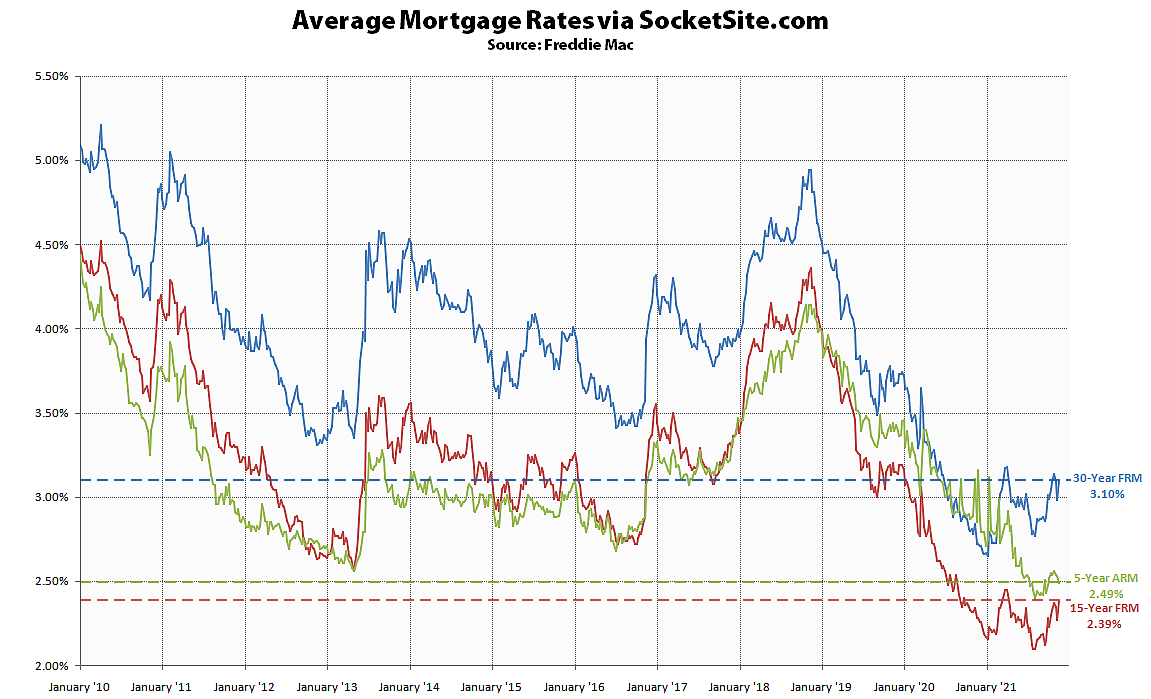 Having slipped back under 3 percent last week, the average rate for a benchmark 30-year mortgage has since ticked up 12 basis points (0.12 percentage points) to 3.10 percent, which is 38 basis points above its mark at the same time last year and shouldn’t have caught any plugged-in readers by surprise.

As such, the average 30-year rate is now 45 basis points above its all-time low, earlier this year, but 273 basis points, or over 50 percent less expensive, than average over the past 30 years. 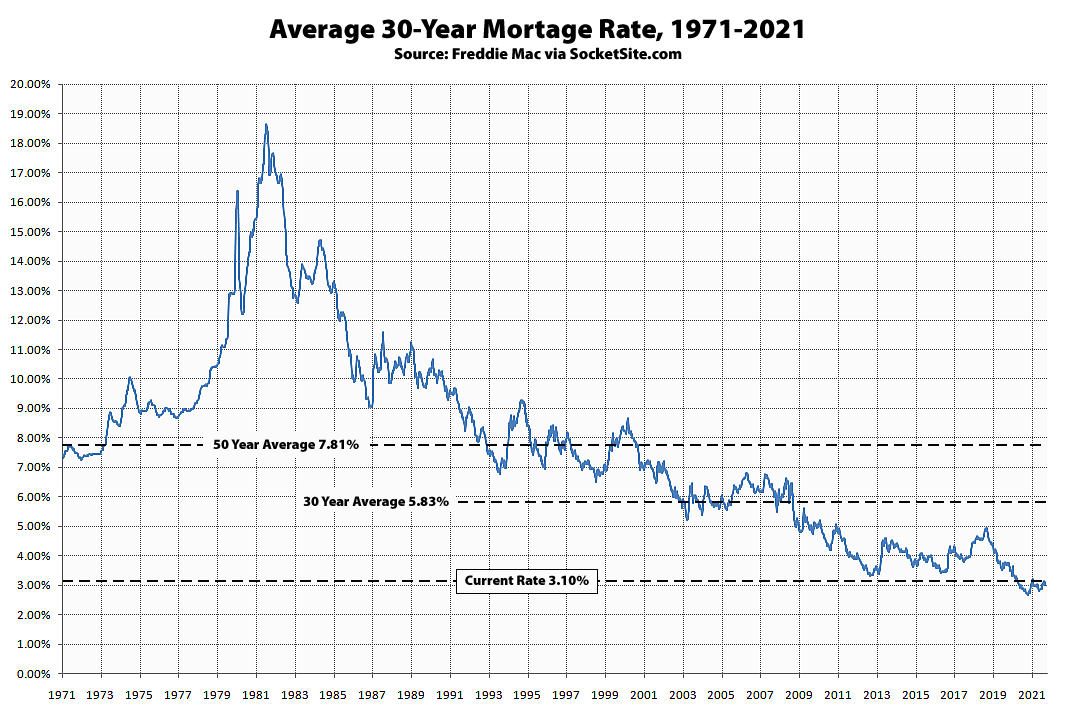 As we outlined last week, prior to the 12 basis point increase in the 30-year rate, “with inflation in the U.S. having just hit a 30-year high, pressure on the Fed to raise rates sooner, rather than later, is continuing to build and the yield on the 10-year treasury, which drives the 30-year mortgage rate, jumped 12 basis points yesterday, after the latest mortgage rate survey was taken.” We’ll keep you posted and plugged-in.