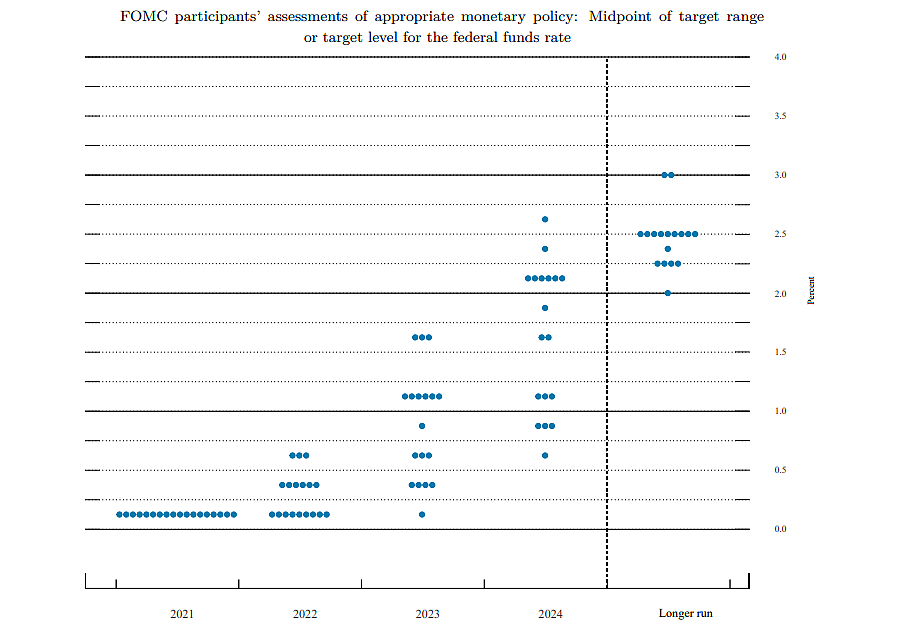 Having cited an ongoing public health crisis (i.e., the pandemic) that “will continue to weigh on economic activity, employment, and inflation in the near term, and poses considerable risks to the economic outlook” at the end of last year, the dot plot of Federal Open Market Committee (FOMC) participant’s judgment of the appropriate target for the federal funds rate at the time had suggested that the Federal Reserve would likely wait until 2023 before instituting a rate hike.

But based on the latest dot plot, which was just released, FOMC members are now evenly split on whether or not rates should be raised next year, with the majority of members anticipating at least one additional hike, if not two, in 2023.