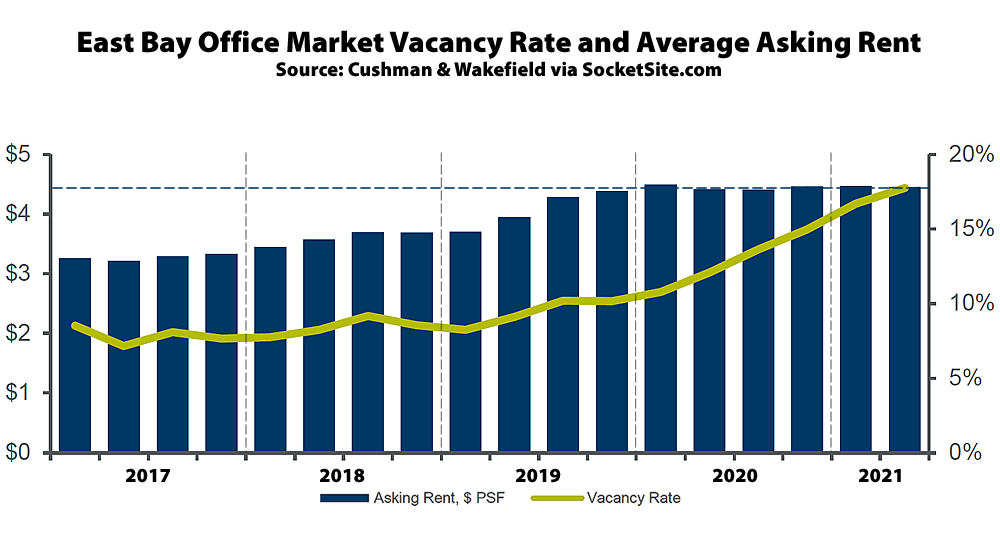 At the same time, landlords have continued to hold firm in terms of asking rents, as had been the case in San Francisco.

And in fact, the average asking rent for East Bay office space actually inched up one cent ($0.01) over the previous quarter to $4.46 per square foot per month, which is $0.04 (0.9 percent) higher than at the same time last year, but with rents in Oakland’s Central Business District (CBD) having dropped 5.8 percent ($0.31) over the past year to $5.00 per square foot per year with 3.1 million square feet of that aforementioned 5.8 million square feet of vacant space located in the CBD.

Number of Homes on the Market in S.F. Ticks Down, Pricing Too