Inventory Inches Up in S.F., Price Per Square Foot Down 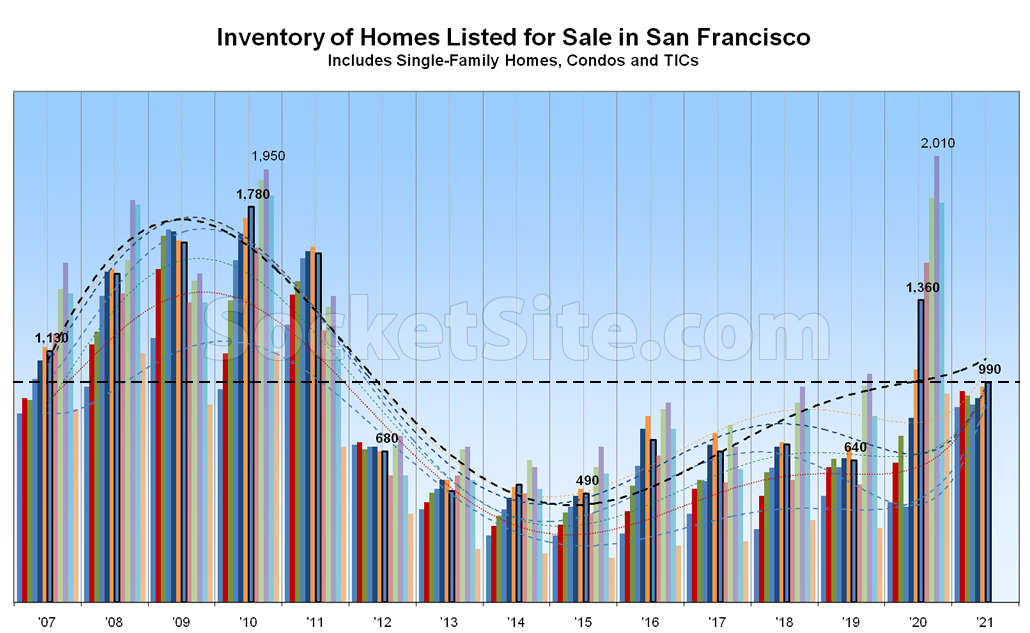 With the number of homes that were listed for sale in San Francisco over the past week having outpaced the number of purchase contracts that were written, the net number of homes on the market in the city ticked up 2 percent to 990, representing 28 percent fewer listings than there were on the MLS at the same time last year, when inventory levels spiked, but 55 percent more than there were prior to the pandemic and twice as many as there were in July of 2015.

Expect inventory levels in San Francisco to drop next month before jumping again in September. We’ll keep you posted and plugged-in.

Bernal "Compound" Fetches an "Over Asking" Price, But…