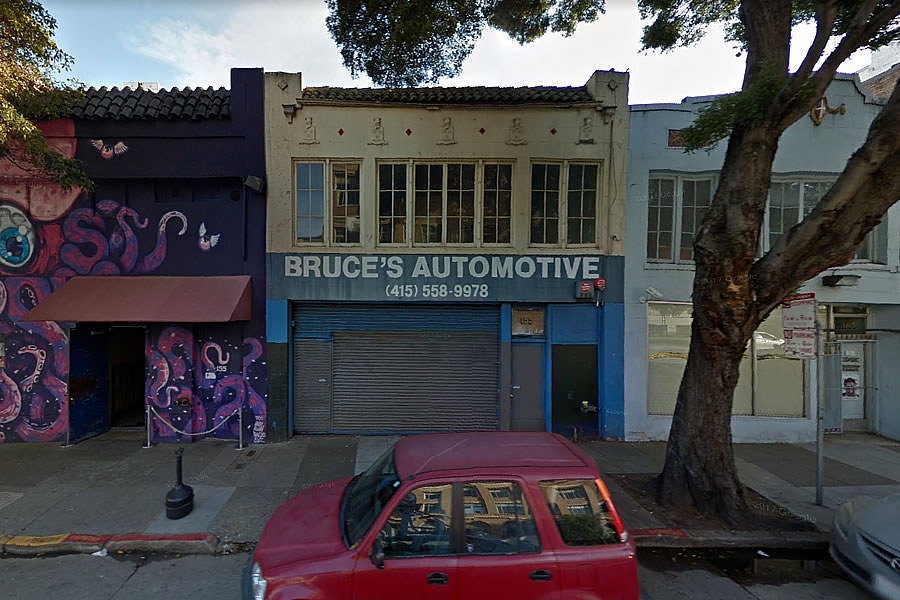 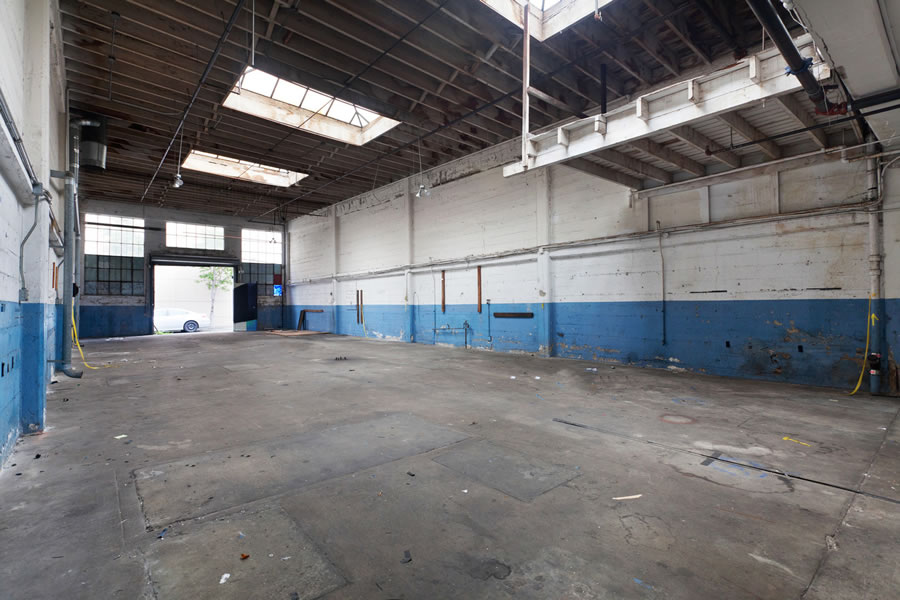 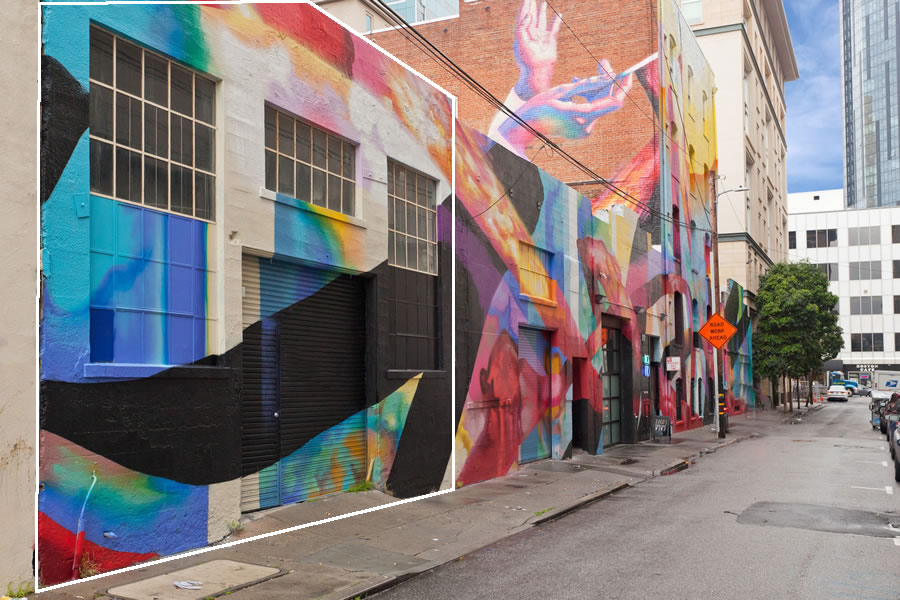 And having since sold to a development team which is partially based in Toronto [for $3.275 million], plans to raze the garage and build a new seven-story development on the site, with 16 residential units over 2,700 square feet of office space and a storage room for 16 bikes, have been drafted.

As since revised and newly rendered by Winder Gibson Architects, the proposed building to rise on the site would, in fact, rise up to 85 feet in height, but with 24 residential units, a mix of 14 one-bedrooms and 10 twos, over 1,965 square feet of ground floor retail space fronting Fell and Hickory and a storage room for 24 bikes. 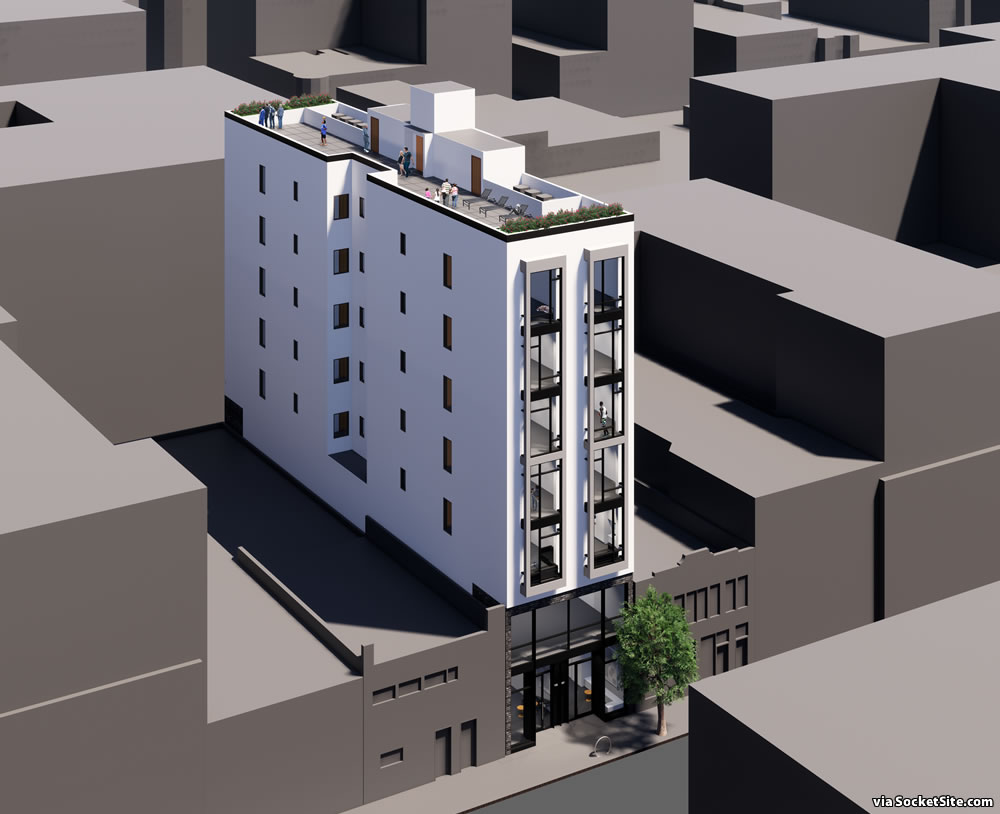 A rooftop terrace would provide open space for the building’s residents. 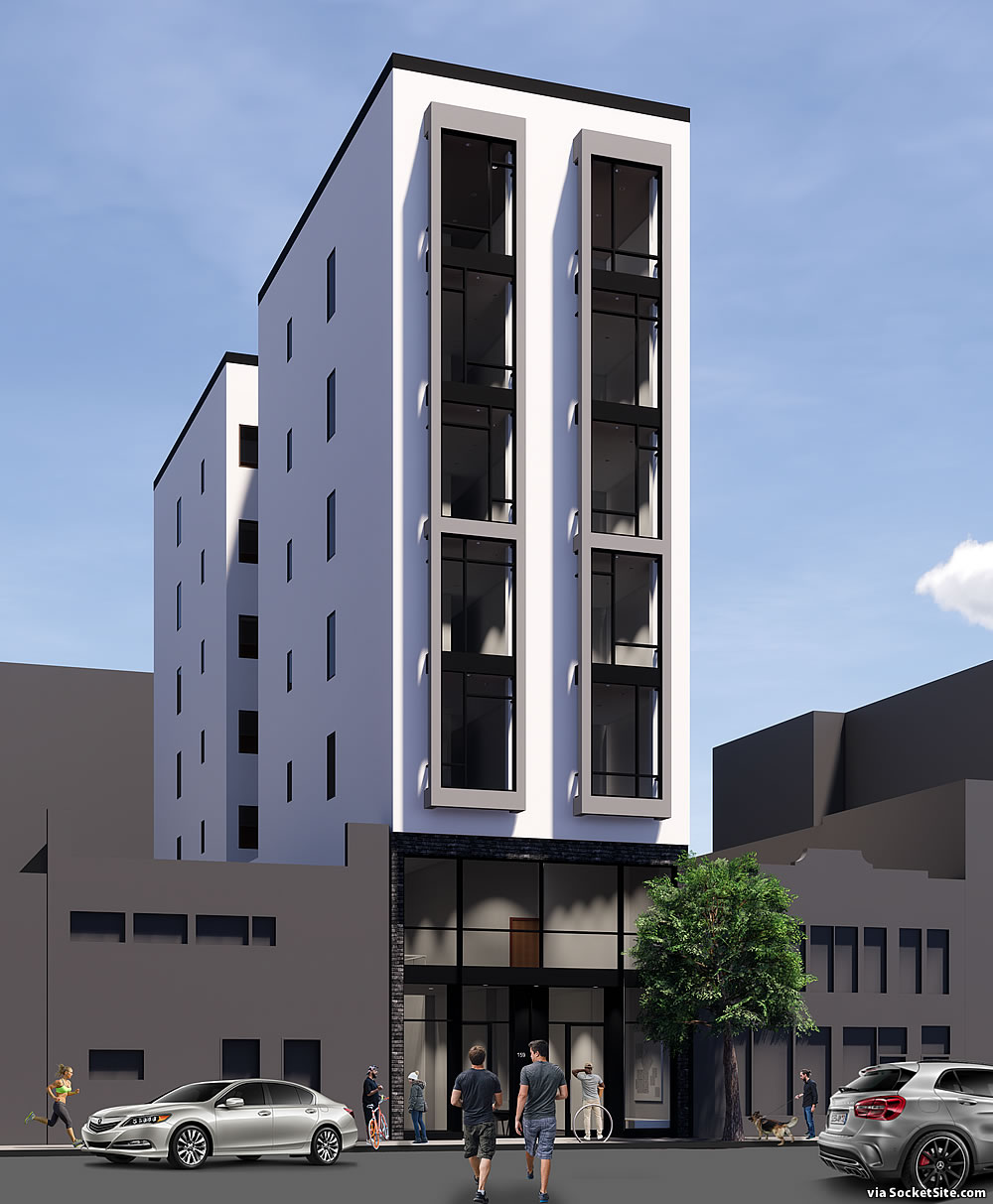 And the project has just been deemed eligible for a streamlined environmental review and both demolition and building permits have been requested.

Keep in mind that the adjacent Rickshaw Stop building at 155 Fell Street, which was purchased for $1.2 million in 2003, is zoned for development up to 85 feet in height as well (as is the parcel on the other side of the garage). We’ll keep you posted and plugged-in.