Bay Area Employment Inches Up, Still Down Over 300K 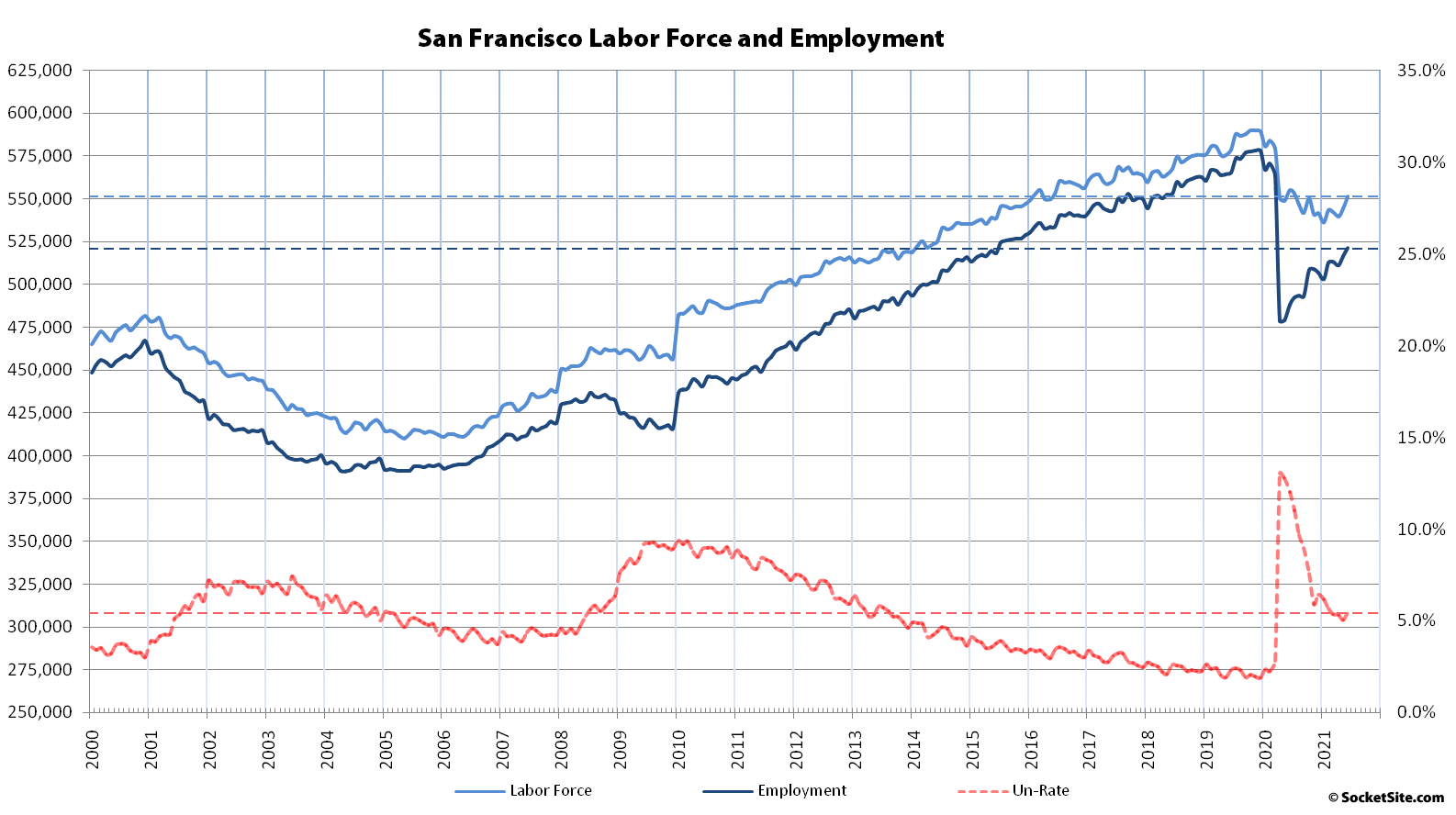 That being said, there are still 49,400 fewer employed people in San Francisco than there were prior to the pandemic and the labor force is down by 32,400, for an unemployment rate of 5.5 percent, which has inched up from 5.1 percent in May and is still roughly twice the pre-pandemic unemployment rate.

At the same time, the number of employed East Bay residents slipped by 1,400 last month to 1,436,800, which is 105,100 more employed residents than at the same time last year but still 122,700 fewer employed people than prior to the pandemic with 67,700 fewer people in the labor force and an unemployment rate of 6.8 percent.

Total employment across Marin, Napa and Sonoma increased by 3,800 last month to 424,200 and is 30,200 higher than at the same time last year. But there are still 33,300 fewer employed North Bay residents than there were prior to the pandemic with 23,800 fewer people in the combined labor force (448,700) and the average unemployment rate just inched up to 5.5 percent. 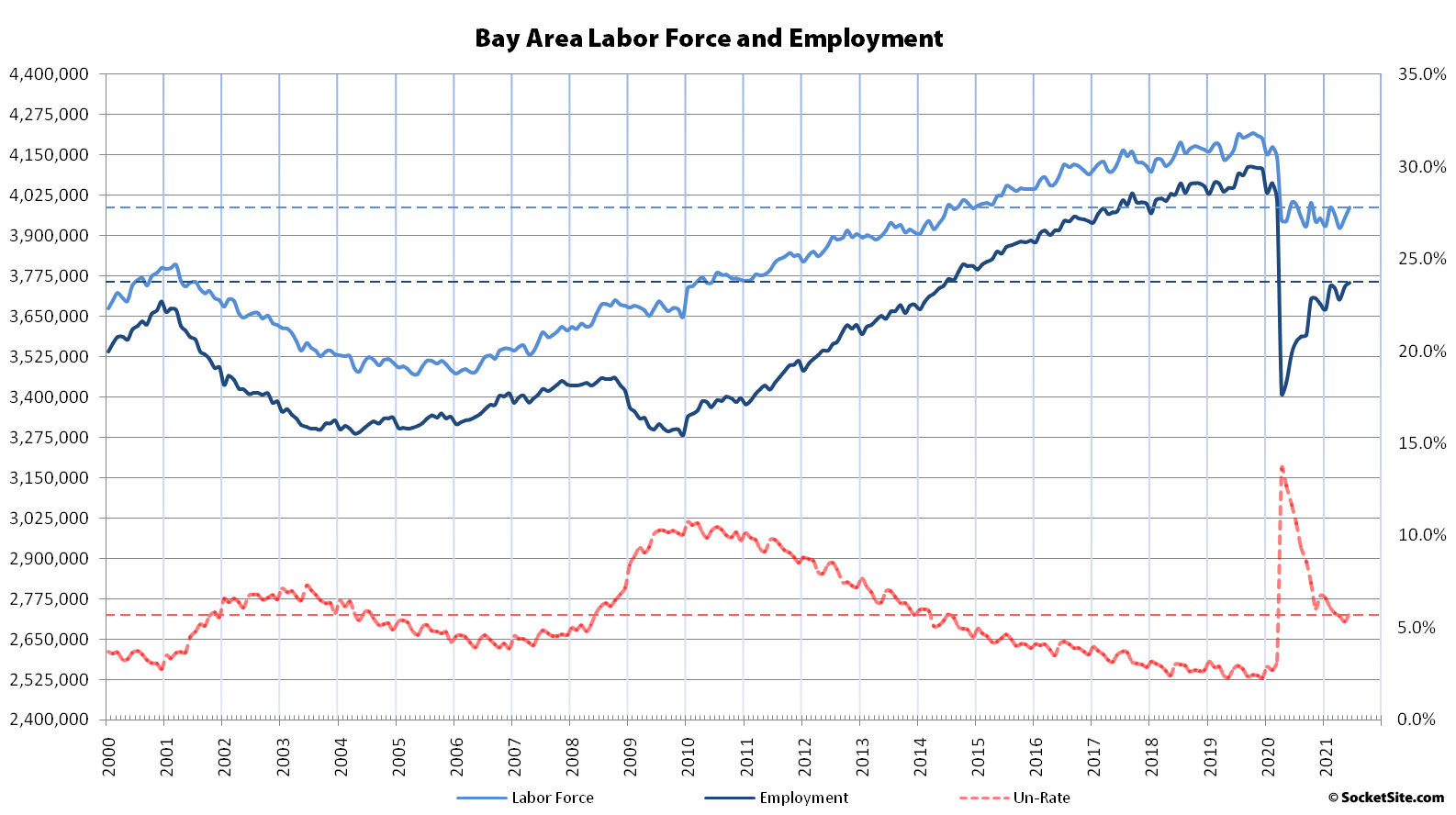 Bernal "Compound" Fetches an "Over Asking" Price, But…