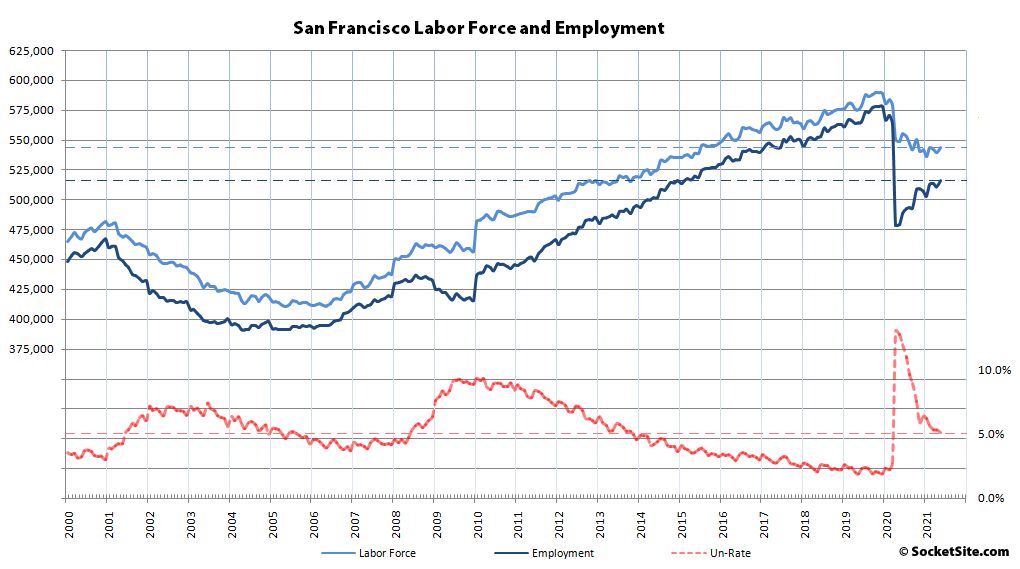 Having slipped in April, the number of people living in San Francisco with a paycheck increased by 5,300 in May to 516,300, representing the most employed residents in the city since the pandemic hit and 37,500 more employed residents than at the same time last year. 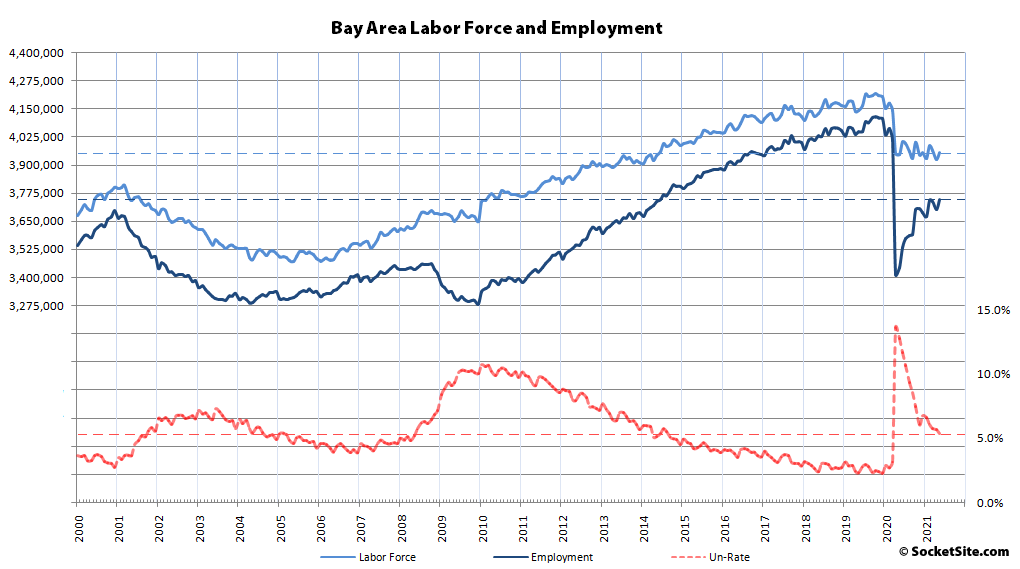