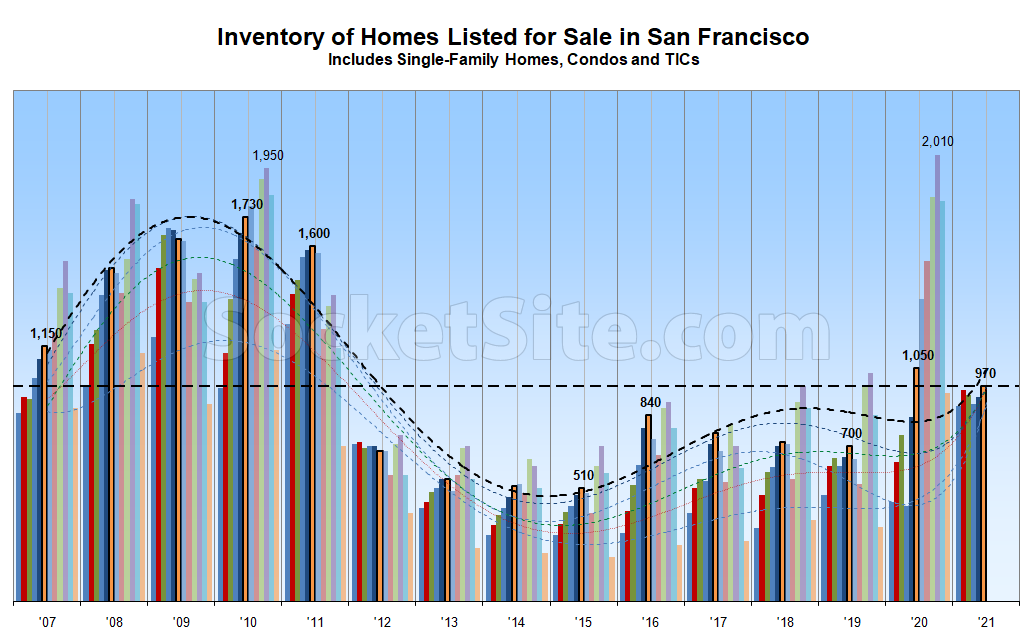 With the number of homes that were newly listed for sale in San Francisco having outpaced the number of new purchase contracts that were written over the past two weeks, the net number of homes on the market in the city has ticked up 9 percent to 970, which is 8 percent fewer than at the same time last year, when the market was starting to open back up, but around 30 percent higher than average over the past 10 years and 90 percent more inventory on the market than there was in mid-June of 2015.

And while the number of homes in contract across San Francisco is still up around 60 percent on a year-over-year basis, pending sales have just dropped to a four-month low and the average list price per square foot of the homes which are in contract are down 4 percent, year-over year.