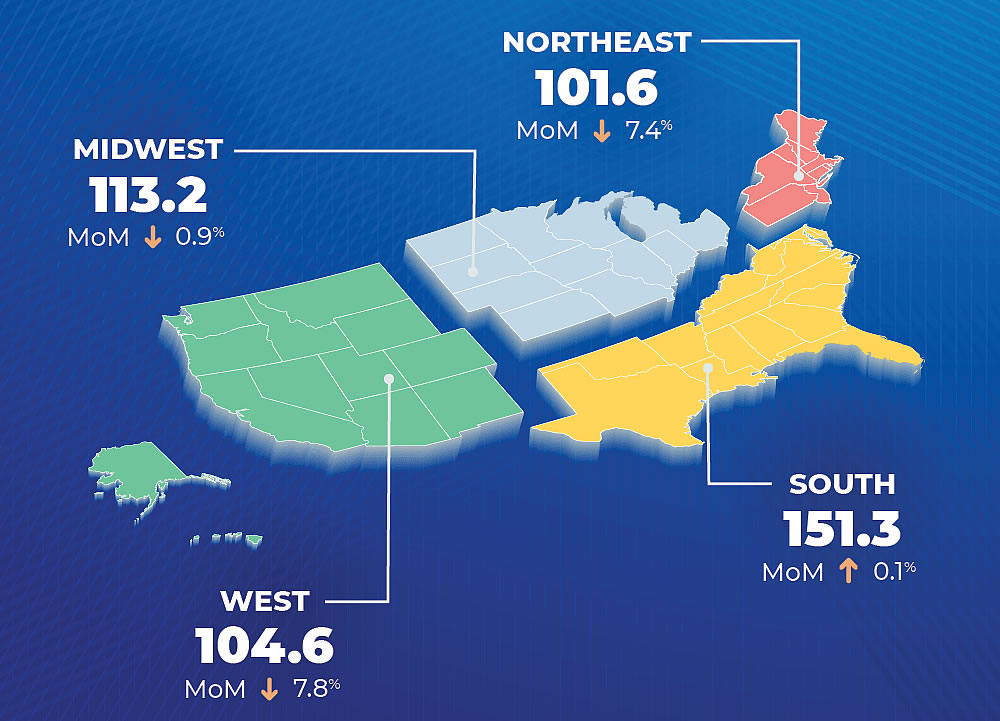 Having slipped in December, the National Association of Realtors Pending Home Sales Index, a seasonally adjusted index for which 100 denotes “an average level” of activity, dropped 2.8 percent in January to 122.8, representing the fifth consecutive month-over-month decline for the index which peaked at 132.8 in August of last year.

That being said, contract signings in January, which is typically another low volume month, were still 13.0 percent higher than at the same time last year (and an all-time high for the month).

And while pending home sales dropped 7.8 percent out West, they were still up 11.5 percent on a year-over-year basis (but which was down from an 18.9 percent year-over-year gain in December).