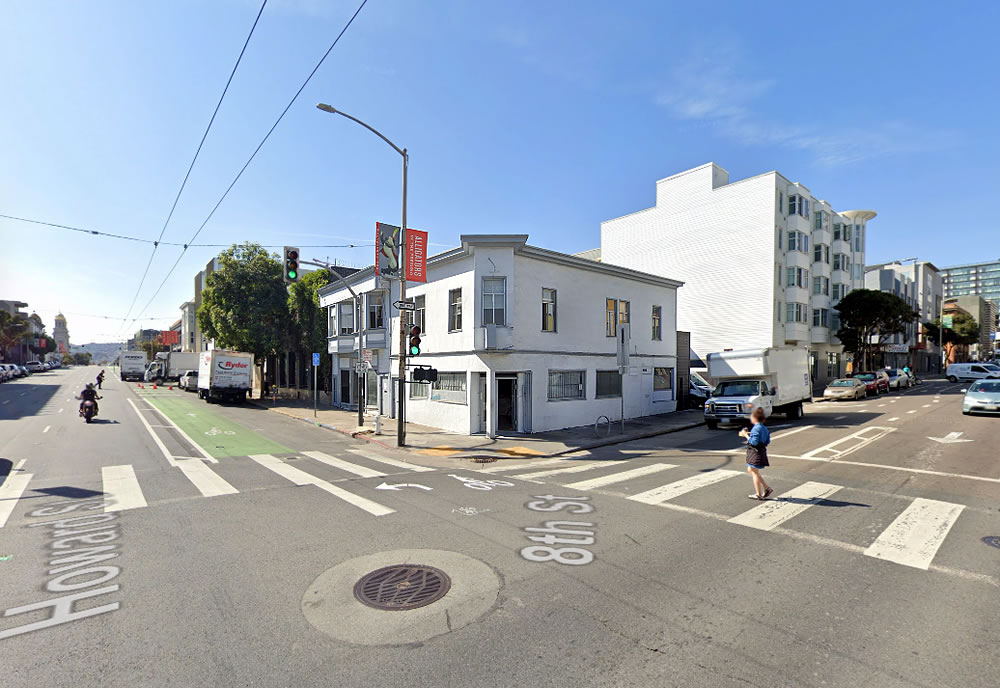 Built in 1920, the two-story building on the northwest corner of 8th and Howard might not appear to be particularly noteworthy. But having been identified as a contributing resource to the Western SoMa Light Industrial and Residential Historic District, not to mention having been home to The Black and Blue leather bar back in the 70s, it has been rated as a Class A Historic Resource by the City.

While the aforementioned rating wouldn’t preclude a new five-story development from rising on the site, with 12 apartments over two new ground floor retail spaces as envisioned by Tecta Architecture below, a Historic Resource Evaluation (HRE) will need to be prepared for the project and the design of the proposed development may need to be modified, “to include features and/or memorialization of the cultural meaning” of the resource.  Or the resource itself “may need to be partially or fully retained.” 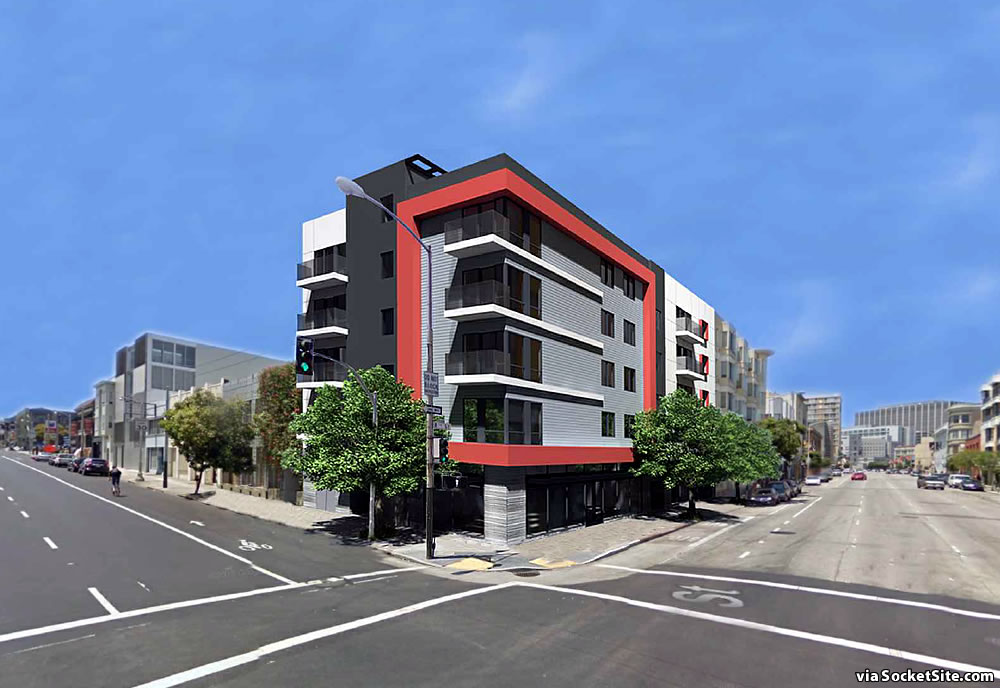 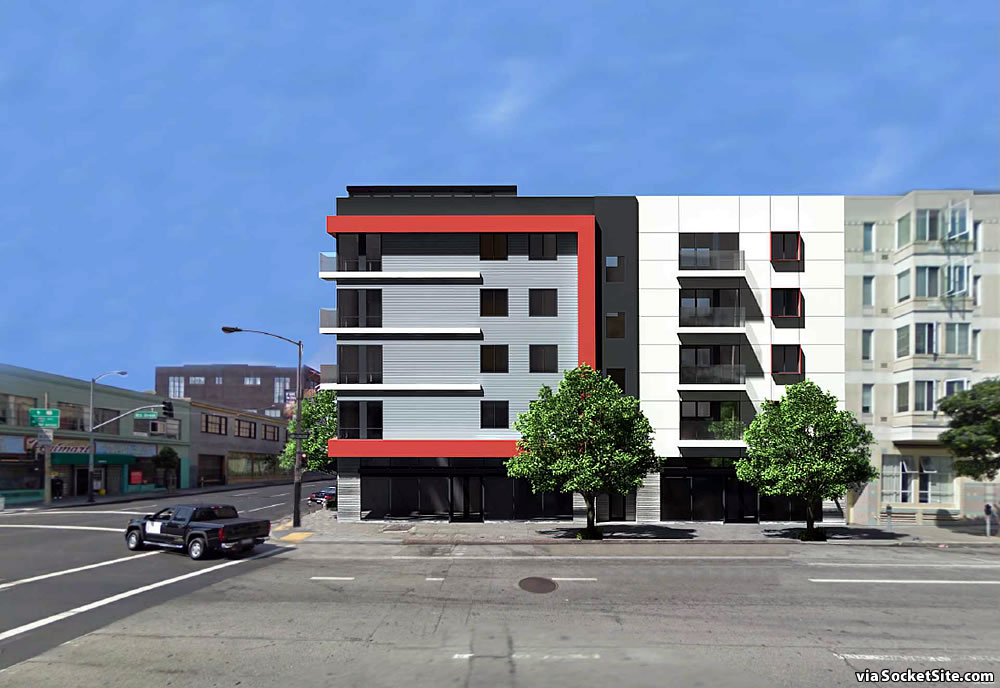 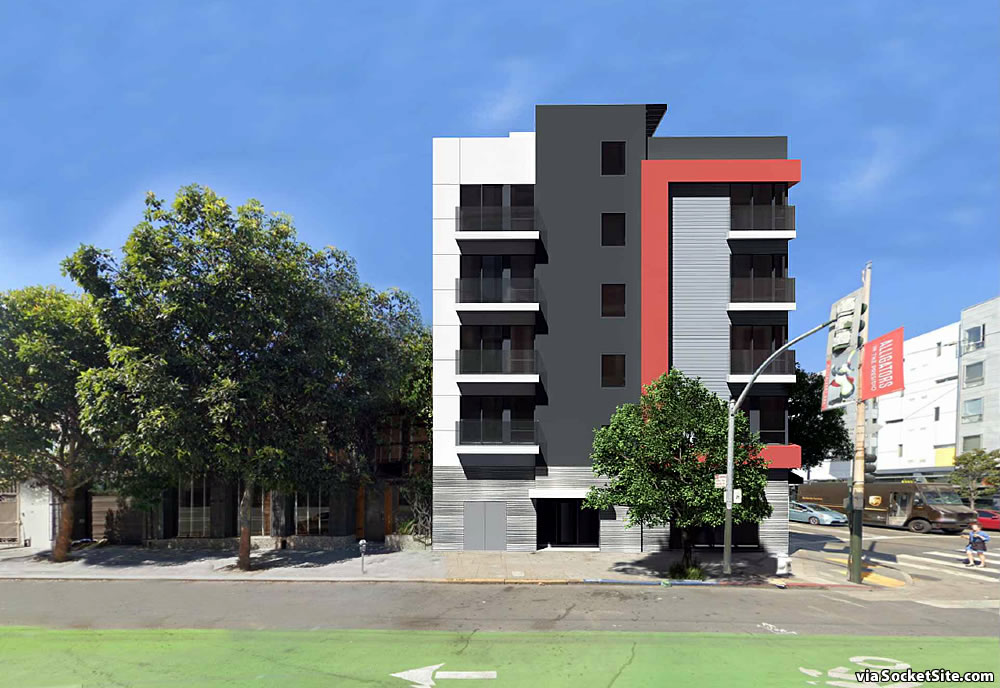 In addition, as the building falls within the boundaries of SoMa Pilipinas, the Filipino Cultural Heritage District, across the street from the Leather and LGBTQ Cultural District, and the existing structures on the site (which extends to 1024 Howard Street) include three existing residential units, the demolition of which is controlled, San Francisco’s Planning Department is recommending the development team engage in a “thorough and sincere public outreach” campaign prior to finalizing their plans, “given the numerous stakeholders and communities” involved.