Planning Angles for Housing Atop the Old Bro’s Building 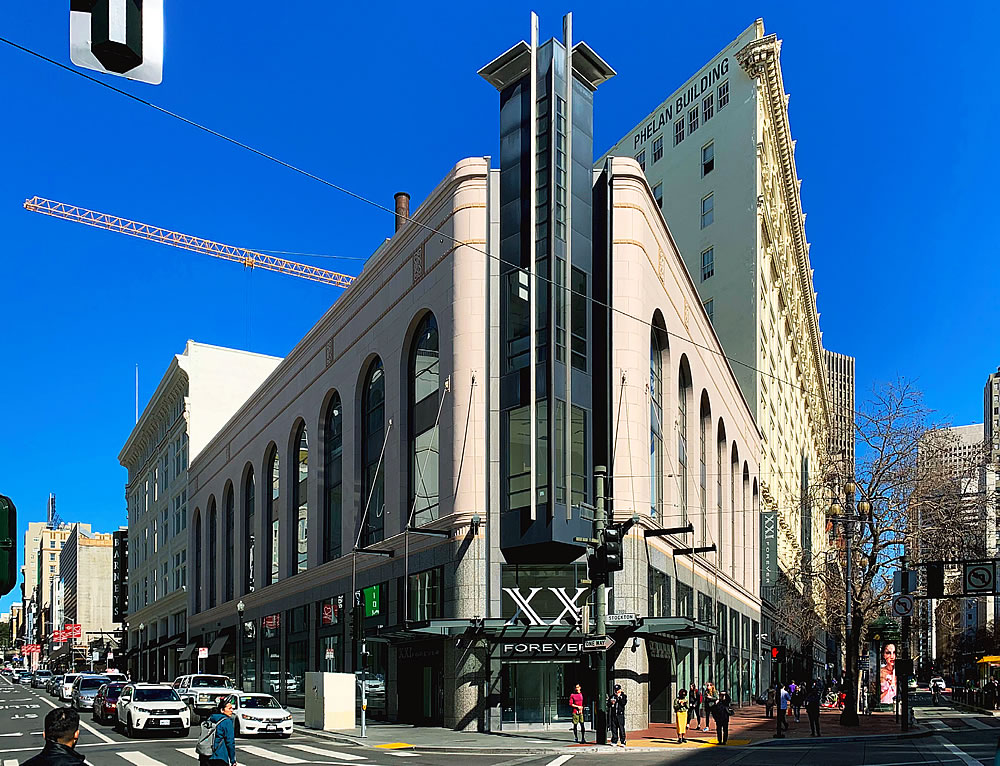 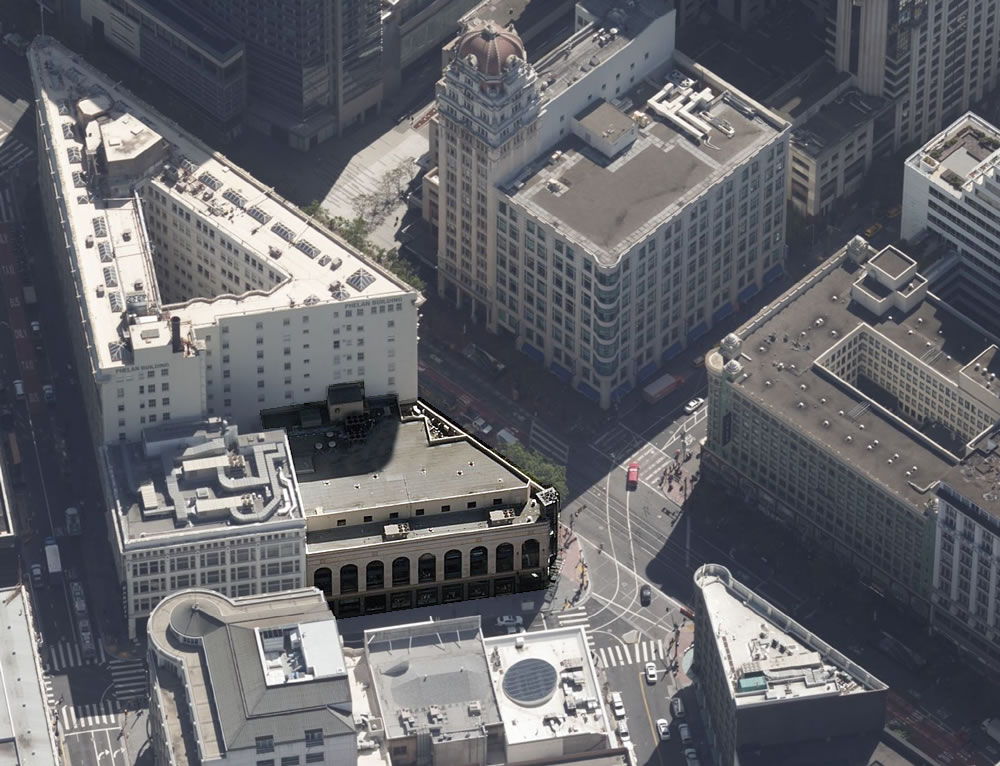 As we outlined back in September, plans to add four new floors of office space atop the old Roos Bro’s clothing and gent’s furnishings building at 2 Stockton Street, which Forever 21 had most recently occupied, have been drafted and submitted to Planning for feedback.

In addition, the project would need a Conditional Use Authorization (CUA) to proceed as proposed and Planning is “encouraging” the project team, “to look at ways to eliminate the need for a CUA by either reducing the size of the office tenant spaces, or looking to other uses that could be principally permitted.”

Speaking of which, as also noted by Planning: “Please consider that housing is principally permitted in [this] zoning district, and that this zoning district has no dwelling unit density limit.” And as such, “the addition of housing to this property would require neither a Conditional Use Authorization nor an Office Allocation.”