As we first reported earlier this year, a proposed revision to the previously approved plans for a new 13-story, mixed-use building to rise on the site of the columned Fifth Church of Christ, Scientist at 450 O’Farrell Street was in the works, a revision which would yield around 300 units of “Group Housing,” “well suited [for] workforce housing,” rather than 176 individual apartments.

The impact report for the development has just been amended to reflect the proposed change, demolition permits have been requested, and the building’s design has since been refined, as newly rendered by Gensler for Forge Development Partners: 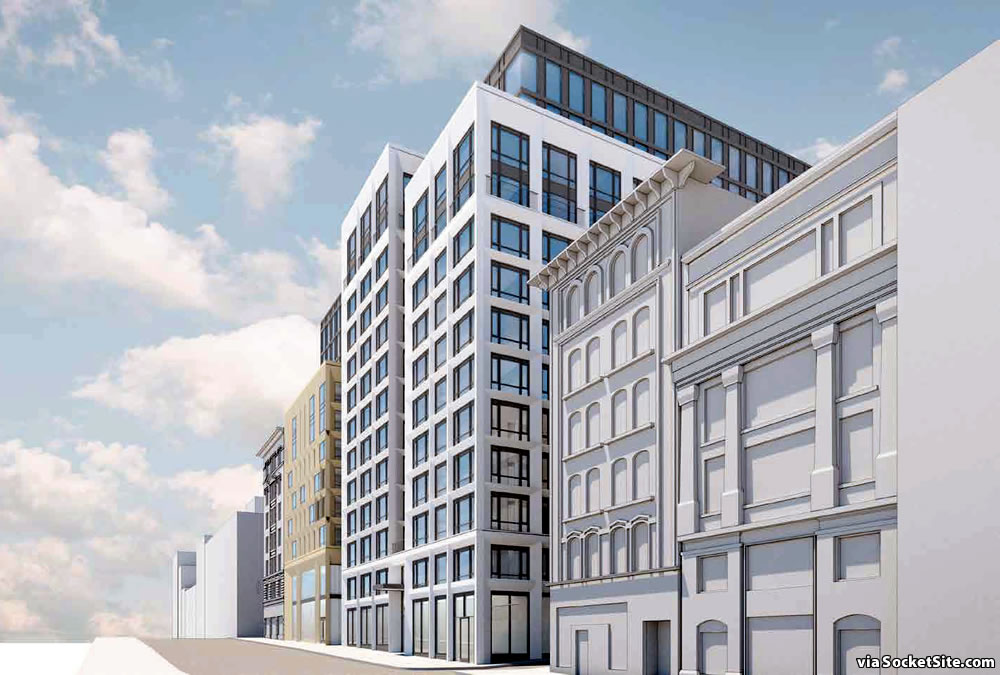 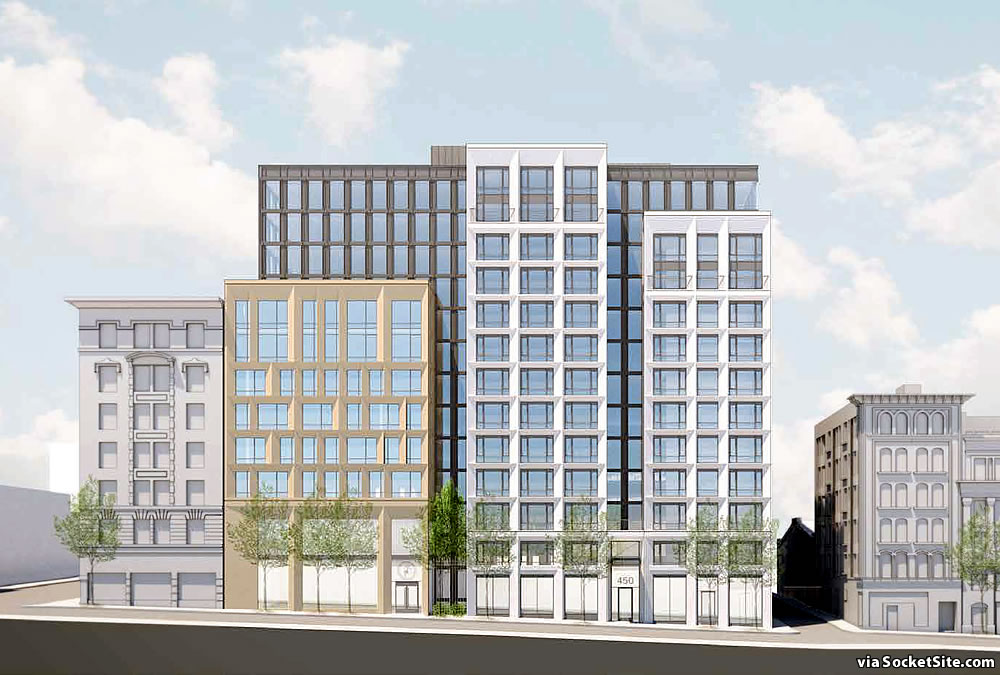 And we’ll note, while the revised project does increase the number of dwelling units on the site from 176 to 302 as proposed, the group housing approach is actually projected to accommodate fewer total residents and population growth, with the 176 apartments having been projected to provide housing for around 405 residents versus 316 residents in the 302 units of group housing.

A "Condo Alternative" Cottage Slips Below Its 2016 Price