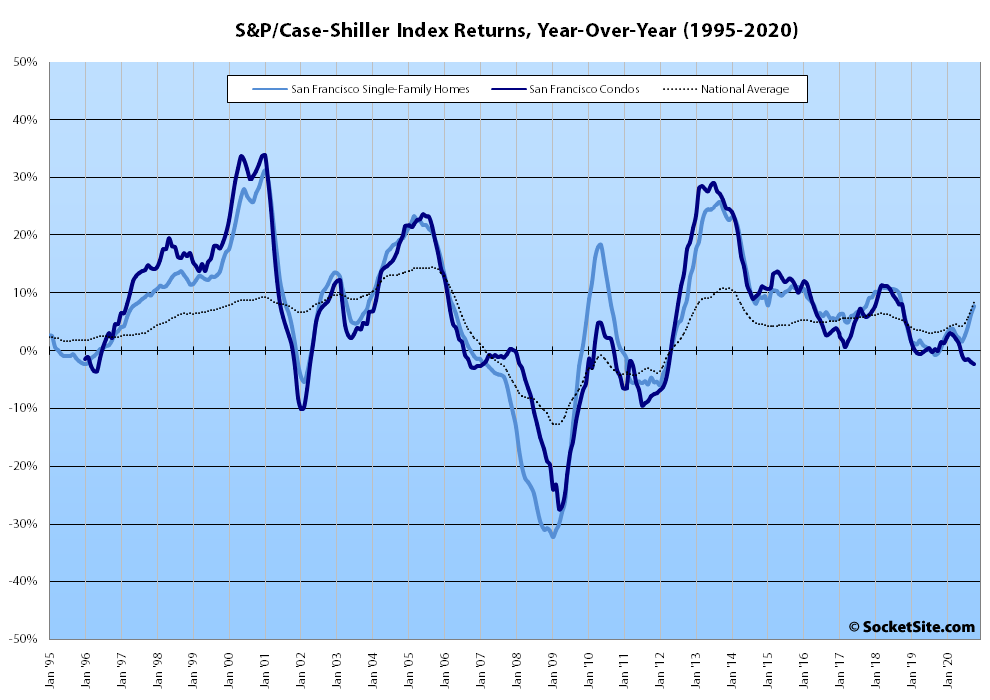 Having ticked up an upwardly revised 1.3 percent in September, the S&P CoreLogic Case-Shiller Index for single-family home values within the San Francisco Metropolitan Area – which includes the East Bay, North Bay and Peninsula – inched up another 0.9 percent in October for a year-over-gain of 7.7 percent versus 8.4 percent nationally. 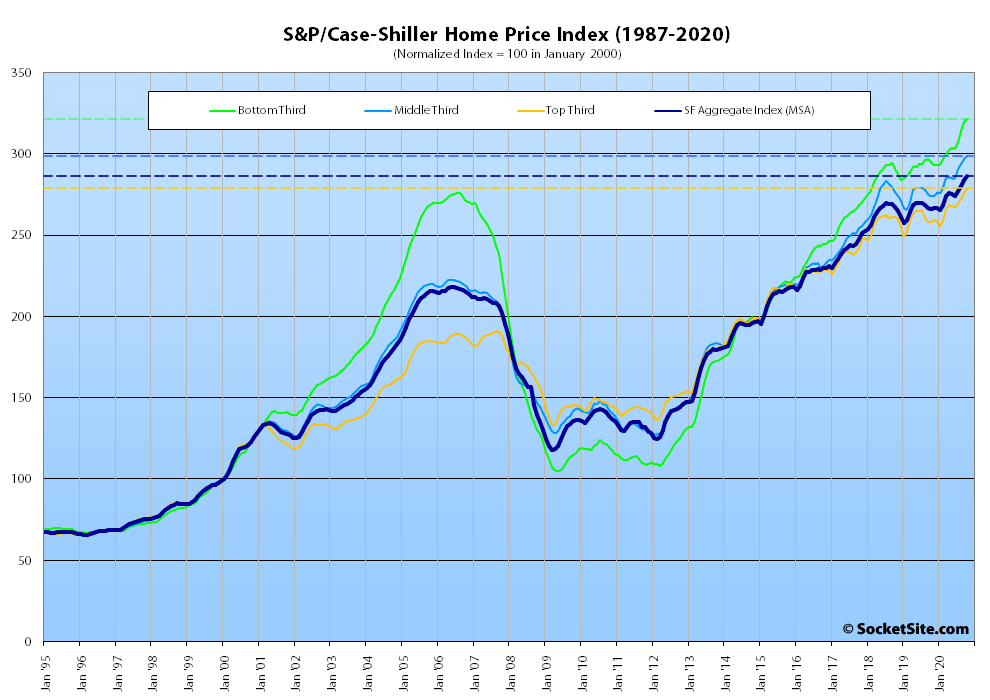 At the same time, the index for Bay Area condo values, which remains a leading indicator for the market at a whole, inched down another 0.8 percent in October and is down 2.3 percent on a year-over-year basis, versus year-over-year gains in Los Angeles, Chicago and Boston and a 0.1 percent decline in New York. 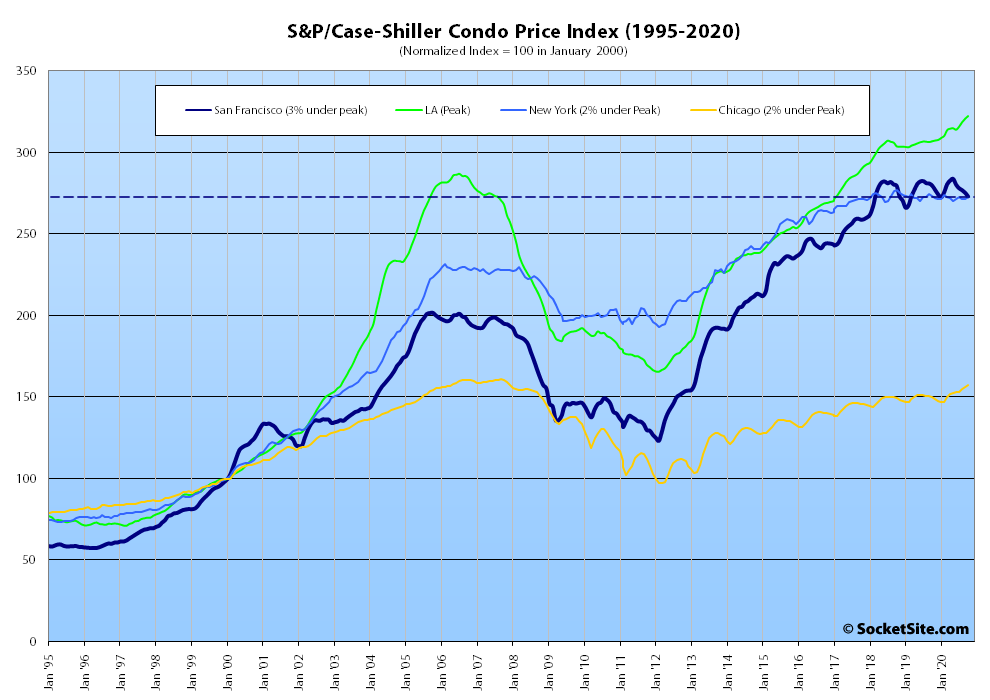 And nationally, Phoenix still leads the way in terms of indexed home price gains (up 12.7 percent on a year-over-year basis), followed by Seattle (up 11.7 percent) and San Diego (up 11.6 percent) and New York registering the lowest year-over-year gain on an indexed basis at 6.0 percent.