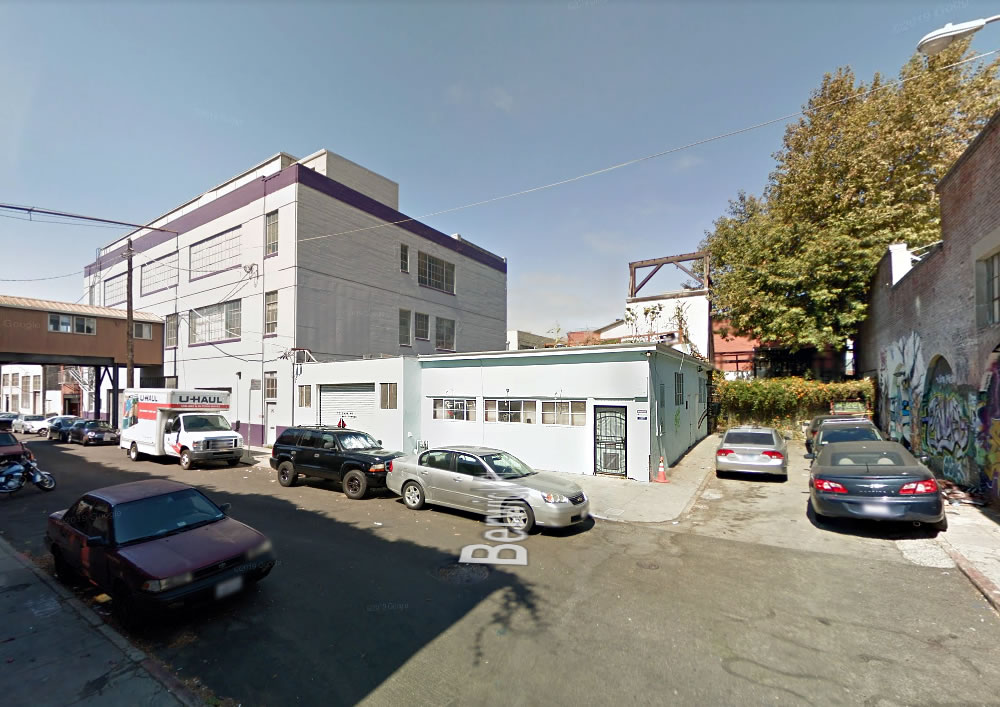 With the big redevelopment of the former German Motors Collision Center building behind the arched brick façade along Berwick Place underway, plans to raze the little, 13-foot-tall industrial building on the corner of Berwick and (10) Heron Street are in the works. 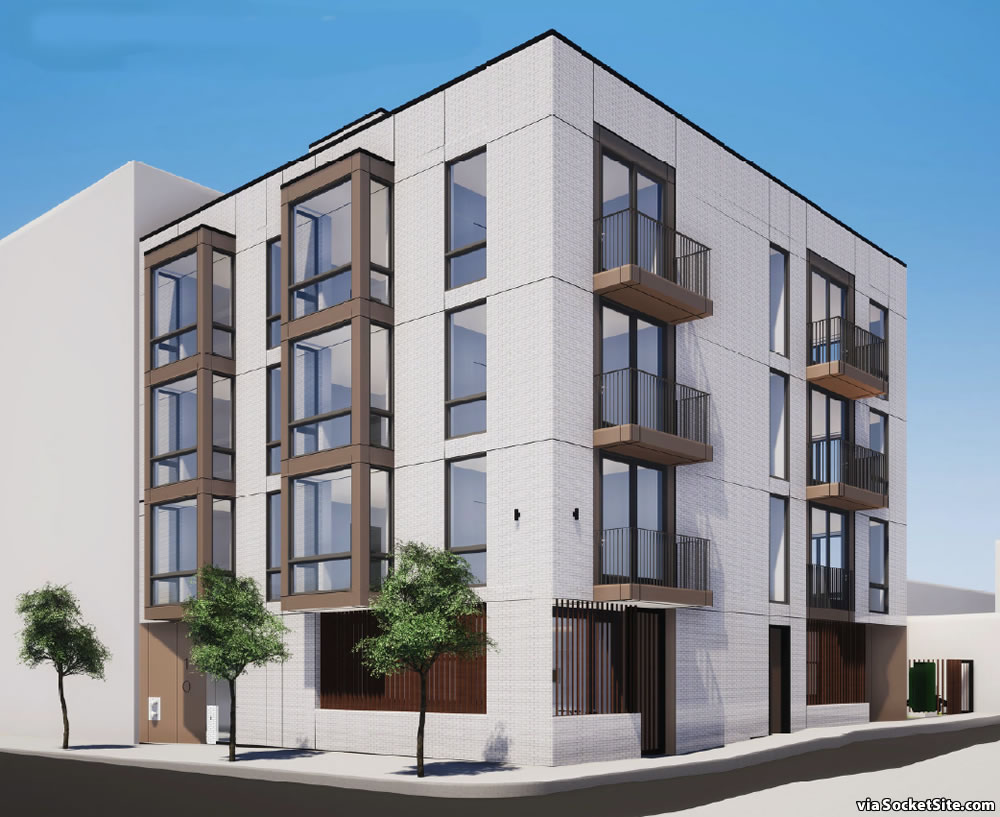 While originally envisioned with a ground floor cafe/retail space and only 9 residential units, as originally rendered below, those plans appear to have been kicked to the curb. 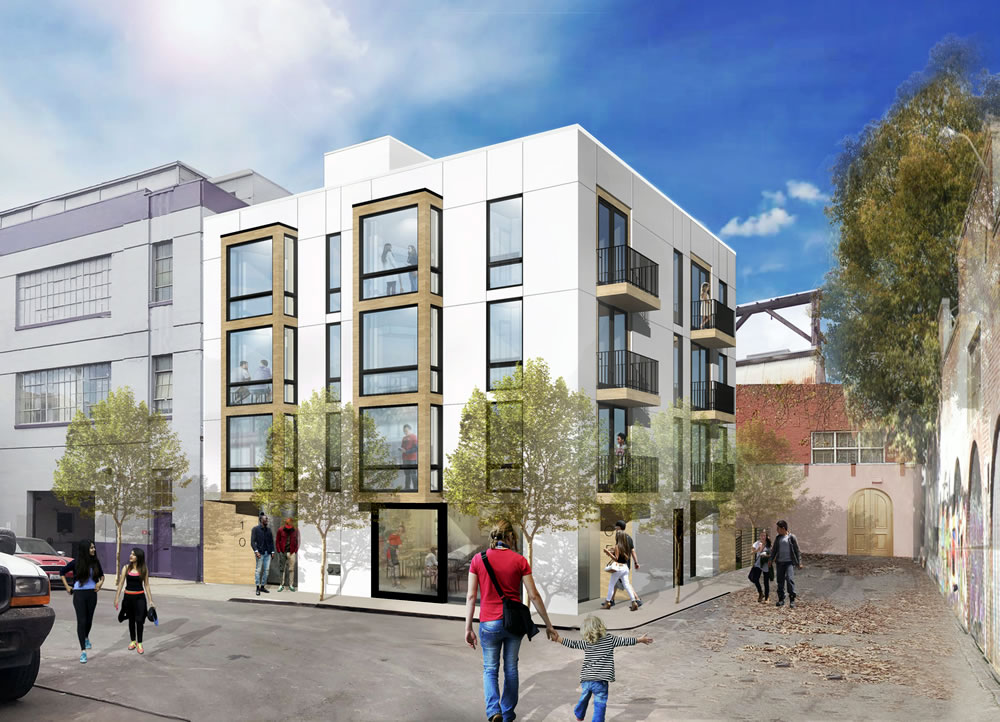 And yes, the existing building on the site, which was built in 1923, has been identified as a Class A potential historic resource. But from Planning’s review of the infill as proposed:

In terms of its individual significance, the existing building is not eligible for inclusion as an individual resource in the California Register of Historical Resources. No known historic events occurred at the subject property, and none of the owners or occupants were identified as important to history. The existing building has undergone alterations to its form, materials, and features. No identified architect was involved in the building’s design, and the builder is unknown. The existing building does not appear to be a good example of a 1920s-era garage or a rare type of construction.

Since the existing building is not eligible for inclusion as an individual resource in the California Register of Historical Resources and is a non-contributor to the Western SoMa Light Industrial and Residential Historic District, demolition of the existing building would not result in a substantial adverse change in the significance of a historical resource. This impact would be less than significant, and no mitigation measures are necessary.

With that in mind, building permits for the project, which would take around two years to complete, have been requested.  And if issued, the project would be approved.