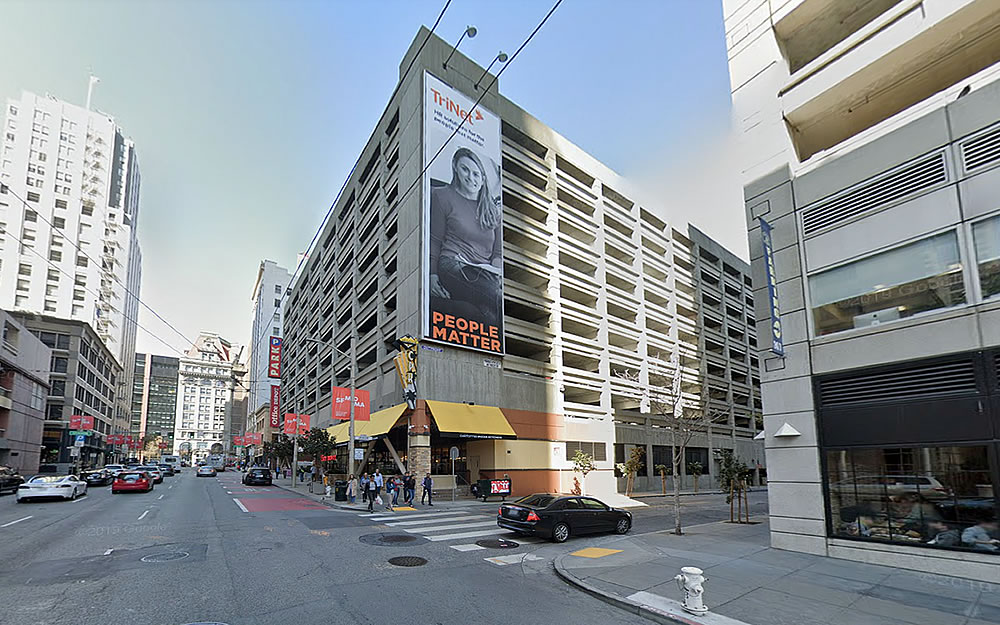 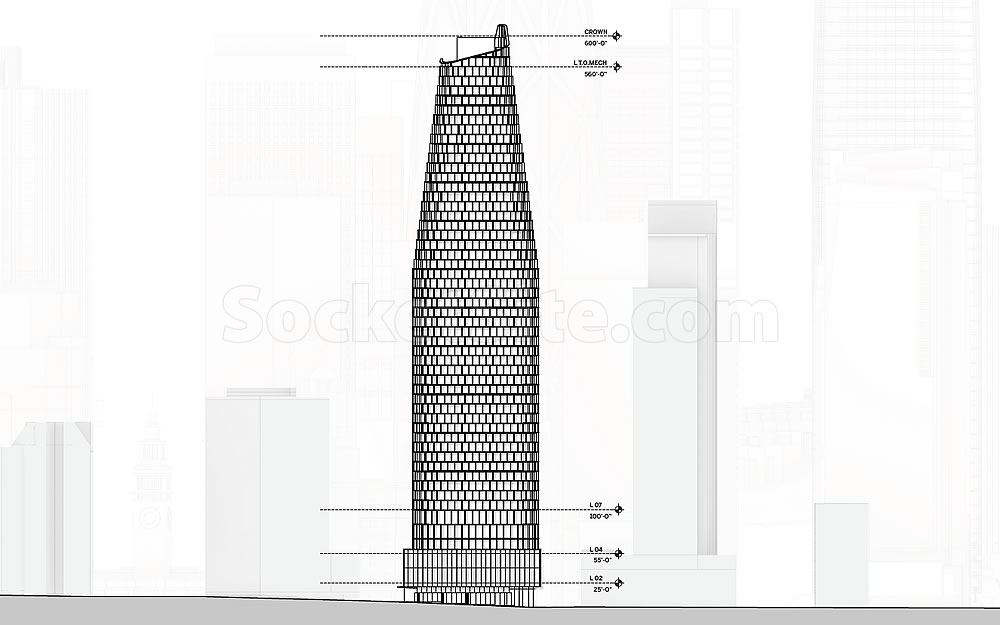 “The proposed 600’ tall tower will join other new landmark towers as one of San Francisco’s most important skyline-defining works of architecture. Its location, at Third Street and Stevenson, is at the epicenter of San Francisco’s 21st century cultural, employment, transit and urban residential core. 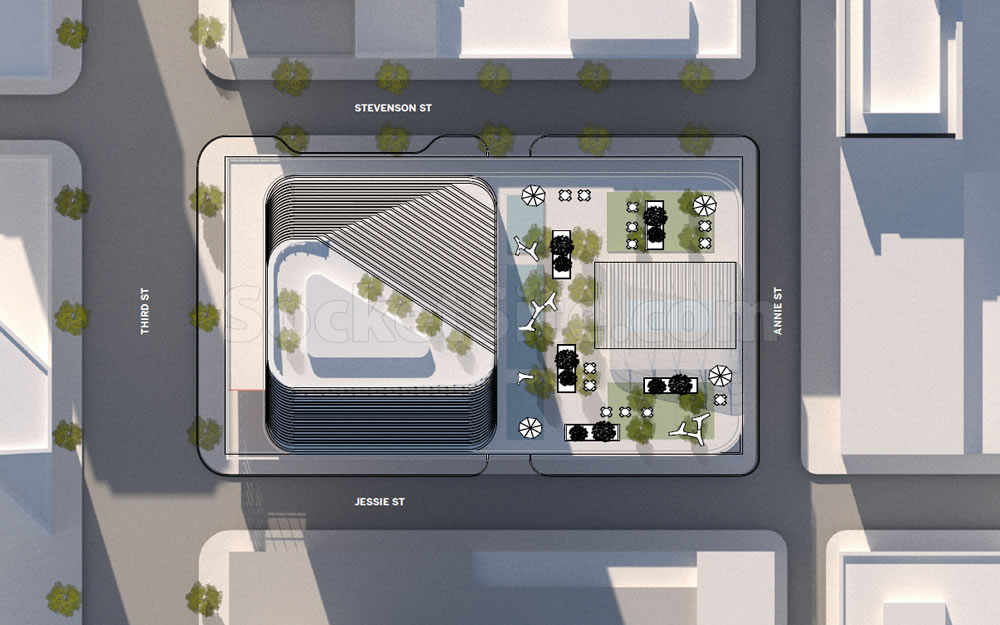 But as we also noted at the time, the 45-53 Third Street site is currently only zoned for development up to 120 feet in height and in order to proceed with the development as envisioned, JMA Ventures will need to secure a spot up-zoning for the site.

And from Planning, which has just finished its preliminary review of the plans:

“The City’s building height limits have been created to promote a harmonious and unique skyline and consider key factors such as topography, and shading of public open space and sidewalks. The Department would need to take all the afore-mentioned factors into account when considering a height increase of any amount for the site.”

In addition, as the project site sits outside of the area covered by the City’s Transit Center District Plan (TCDP), the allowable shadow budget for Union Square, which is set with an absolute limit, would likely need to be raised in order for the tower to rise, a budget which was previously only raised to specifically accommodate development within the Transit Center District and based on a host of public, versus private, benefits the TCDP was slated to provide.