Number of Homes on the Market in San Francisco Dips, But… 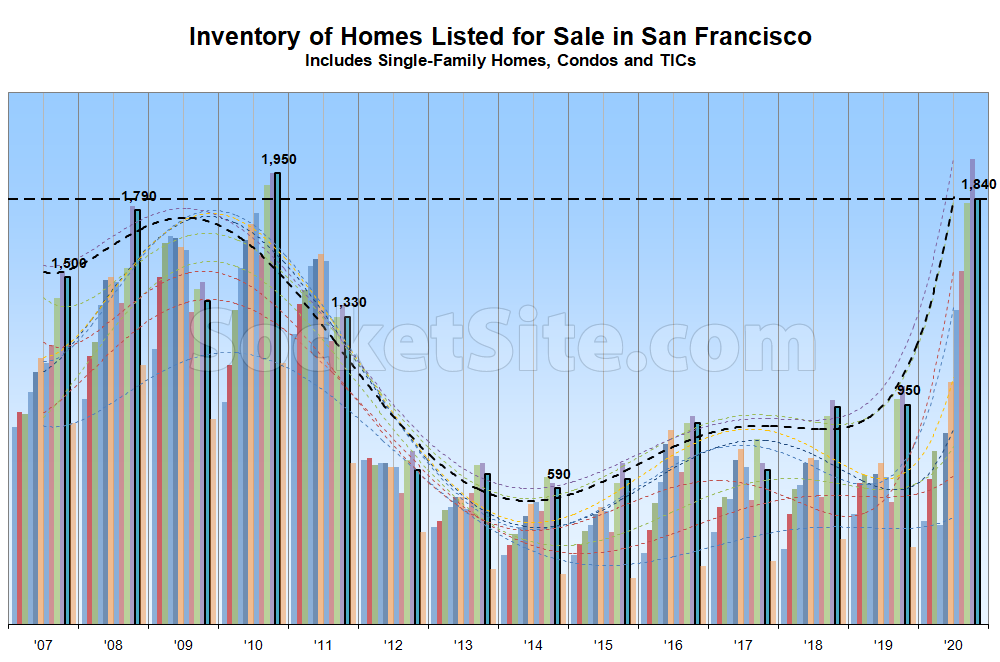 In a move that shouldn’t catch any plugged-in readers by surprise, the number of homes on the market in San Francisco, net of new sales and contract activity, both pending and closed, ticked down 6 percent over the past week to 1,840.

As we noted last month when inventory levels hit a two-decade high overall, and the month before, “listed inventory levels typically peak in October, at which point new listing activity typically slows and unsold homes are more likely to be withdrawn from the market (and then re-listed anew in the spring).” In other words, typical seasonality is in play versus a market surge.

And having hit a 10-year high in the absolute last month, the percentage of homes on the market which have been reduced at least once, which includes 29 percent of the single family homes, has held at 35 percent over the past week, which is the highest percentage of reduced listings since the first quarter of 2012 and 10 percentage points higher than at the same time last year.