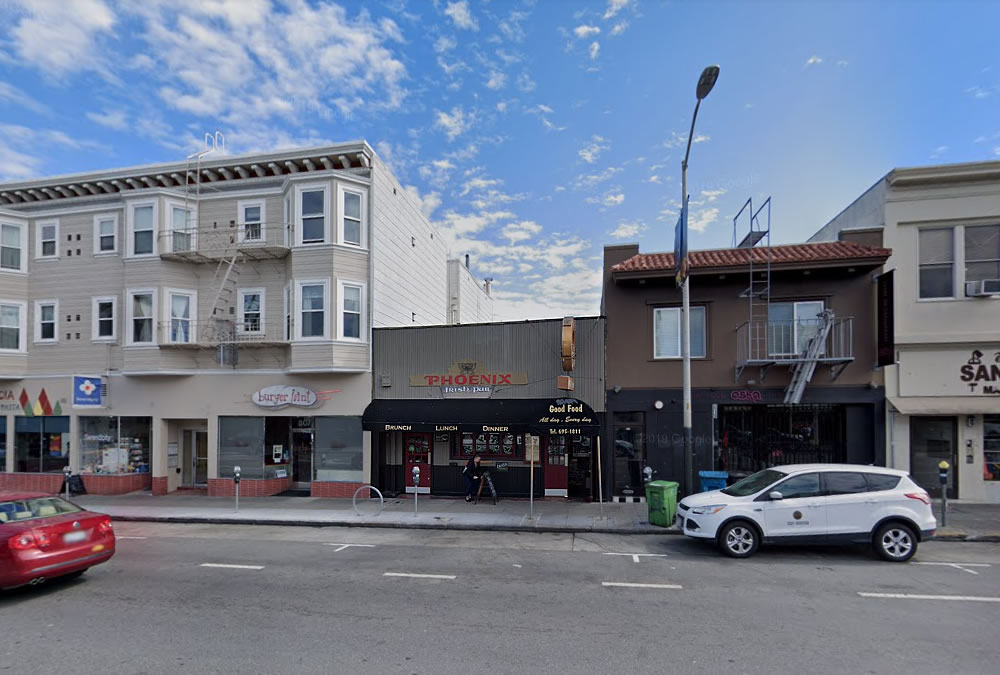 Plans to level the Phoenix Irish Bar & Gathering House at 811 Valencia Street and build six stories of single-room occupancy (SRO) units on the Inner Mission site have been in the works since mid-2108, as we revealed at the time.

While the project was close to being approved, with demolition and building permits having been requested and nearly issued, the owner of the adjacent, three-story building at 805 Valencia Street challenged the project via a requested Discretionary Review (DR), noting concerns about the loss of light to the building’s lightwell and resultant impact on the health the building’s tenants.

From Planning, which is recommending that the DR be denied by San Francisco’s Planning Commission next week and that the project – which is now slated to yield 18 SRO units, averaging around 270 square feet apiece, over a 537 square foot commercial space and a storage room for 19 bikes – be approved as newly rendered below:

“The Planning Department’s review of this proposal confirmed [its] support for this Code-complying project. The proposed project reciprocates with the adjacent building’s lightwell with a lightwell in a manner consistent with the Department’s guidelines. It is worth noting that in cases where the dimensions of a light well are such…that they are generally considered to be self -sustaining – designed large enough to provide light regardless of adjacent conditions – that no matching is required. The DR requestor’s light well is such an example.” 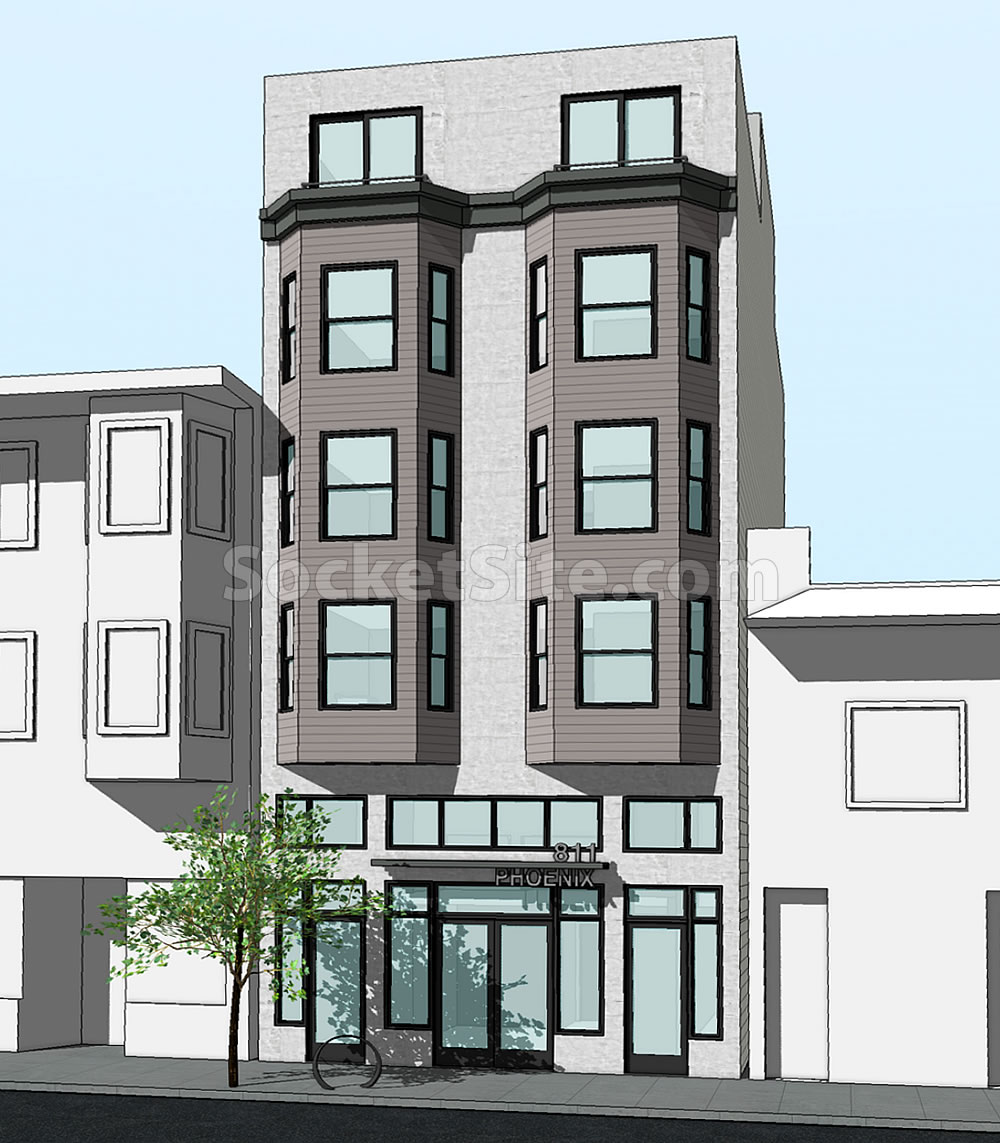 And yes, the proposed development now sports Bay Windows as well (versus as originally envisioned).