Take Two (With an ADU) for a Suspended Noe Project 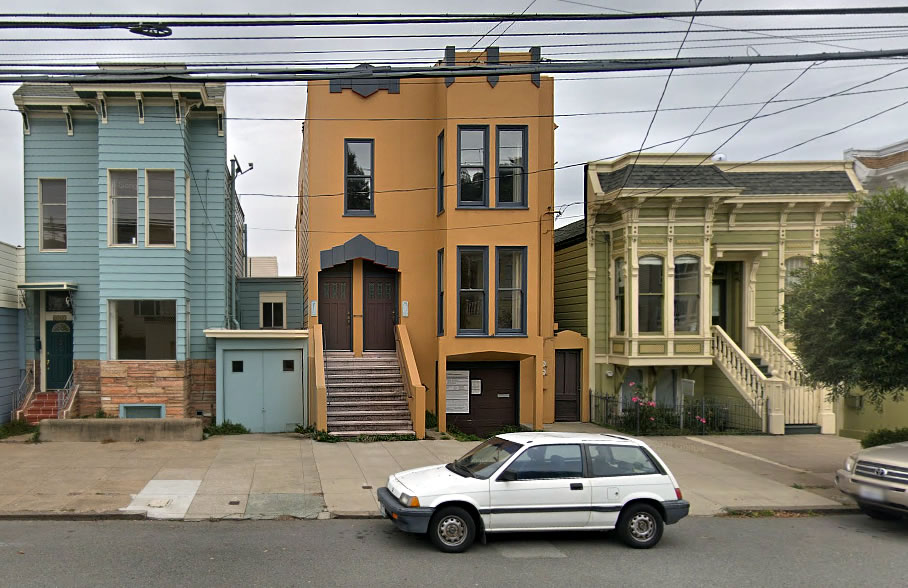 Purchased for $1.485 million in April of 2015, plans to “reconfigure,” remodel and expand the vacant two-unit building at 1369-1371 Sanchez Street were submitted to Planning and approved.

Based upon the set of plans which was submitted to Planning, a building permit for the project was issued in September of 2017.

And by mid-2018, the building had been effectively demolished. 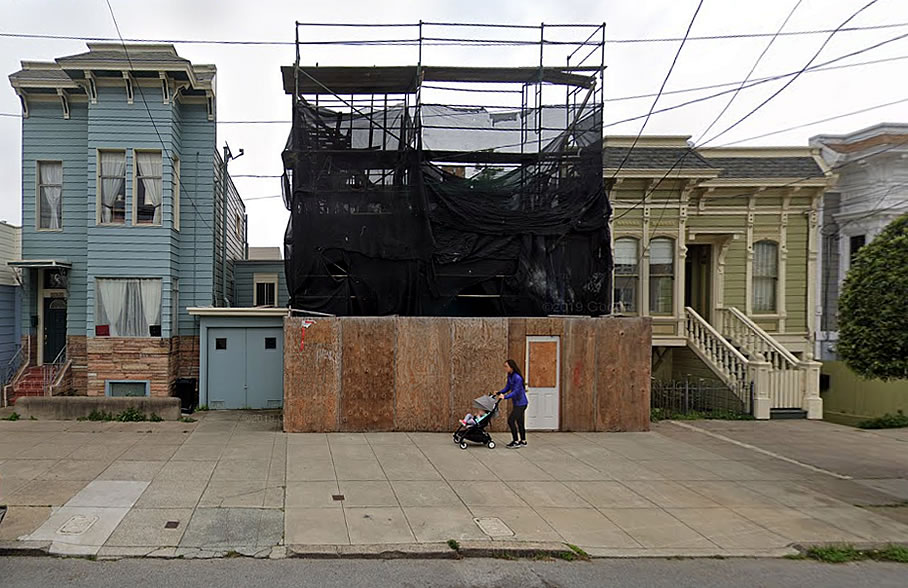 Flagged by an online complaint, versus the City itself, for having exceeded the scope of the approved project, the project’s permit was subsequently suspended in October of 2018 and work (eventually) stopped.

Early last year, Patrick Buscovich, the Project Sponsor, submitted an alternate set of plans to the City, seeking to legalize the effective demolition and approve the construction of a new two-unit residence upon the site, plans which failed to secure approval from the City’s Planning Commission this past December.

But having since added a 532-square-foot Accessory Dwelling Unit (ADU) to the plans as well, as “directed” by the Commission, the re-development is now positioned to be re-approved by the City this week as “newly” rendered below: 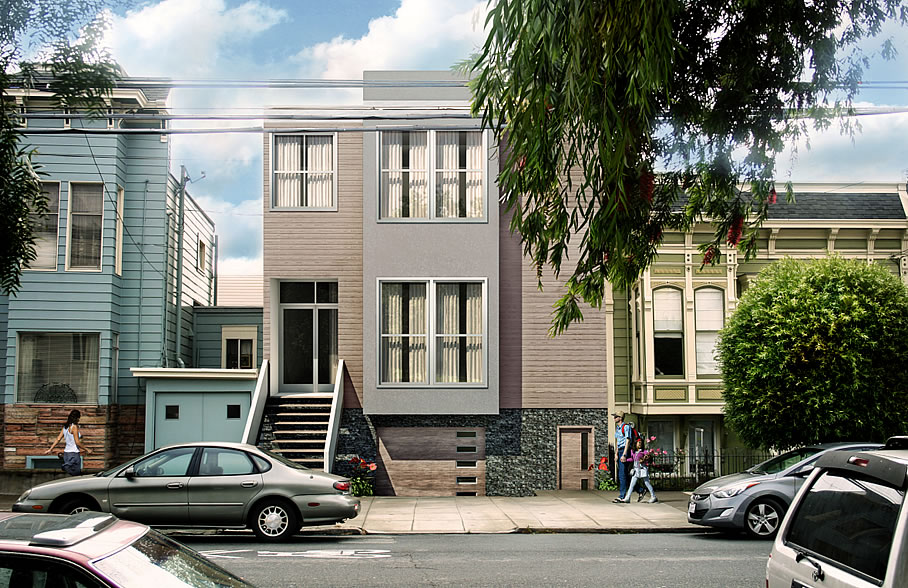 O.G. Millennial Commune on the Market in S.F.