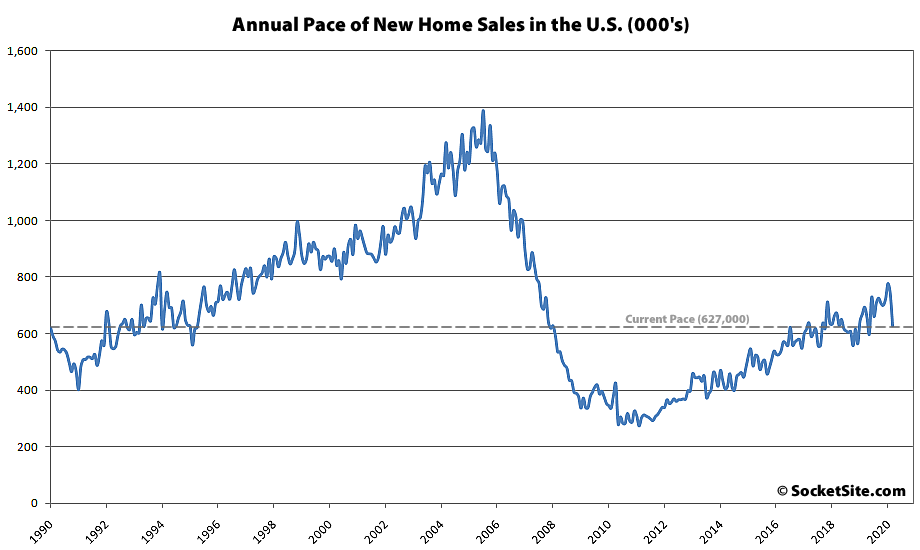 Having dropped (a downwardly revised) 4.6 percent in February, prior to the impact of COVID-19 having taken hold, the pace of new single-family home sales in the U.S. dropped another 15.4 percent in March to a seasonally adjusted annual rate of 627,000 sales, which is 9.5 percent lower than at the same time last year. 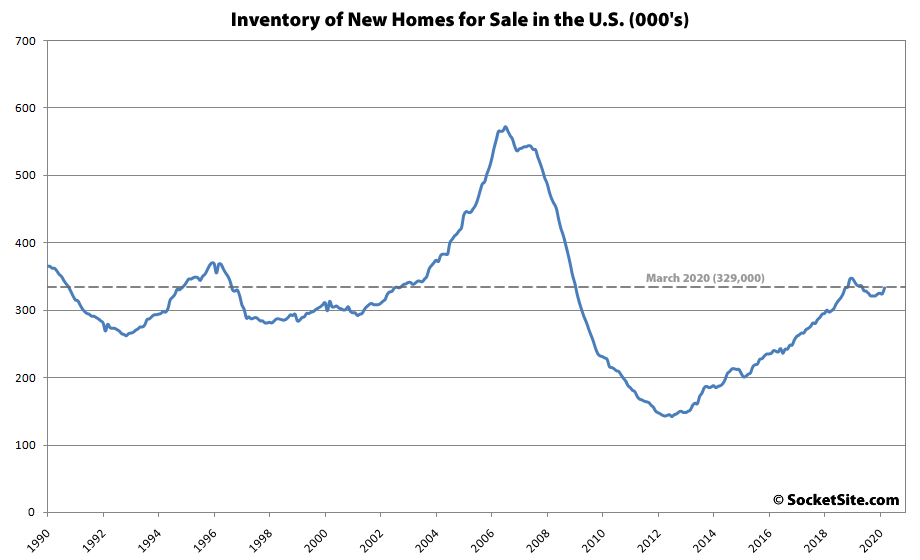 And out West, the seasonally adjusted pace of new single-family home sales plummeted 38.5 percent last month to an annual rate of 139,000 sales, which is 30.8 percent below the pace of sales at the same time last year with the same number of new homes on the market (85,000).