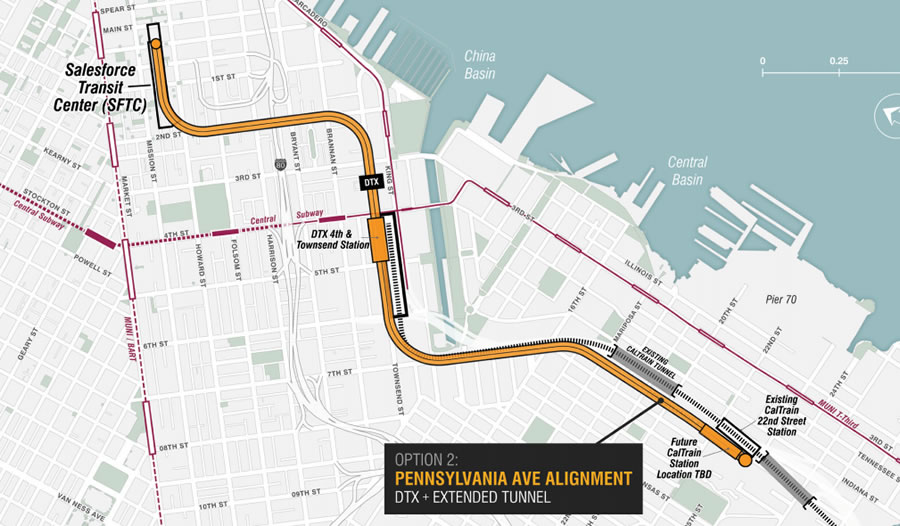 With the City having selected the Pennsylvania Avenue Alignment as the path by which trains should eventually reach San Francisco’s new Salesforce Transit Center, the San Francisco County Transportation Authority is about to set the stage for securing environmental clearances for the project, the foundational study for which is expected to take around 18 months to complete.  As such, the earliest the realignment could be completed is now likely closer to 2028/2029 (versus “2027” as originally touted).  And that’s assuming the funds for the extension can be secured.

At the same time, another team is about to kickoff an exploration of the options for relocating the existing 22nd Street Caltrain station in conjunction with the new alignment and future undergrounding.

And with the existing Caltrain station at 4th and King slated to be undergrounded as well, and the potential for redeveloping the railyard site being explored, Planning is now working on “SNACS,” the City’s Showplace/SoMa Neighborhood Analysis and Coordination Study, “to coordinate the multiple area plans and major infrastructure projects that will transform the area around the 4th & King railyard.”