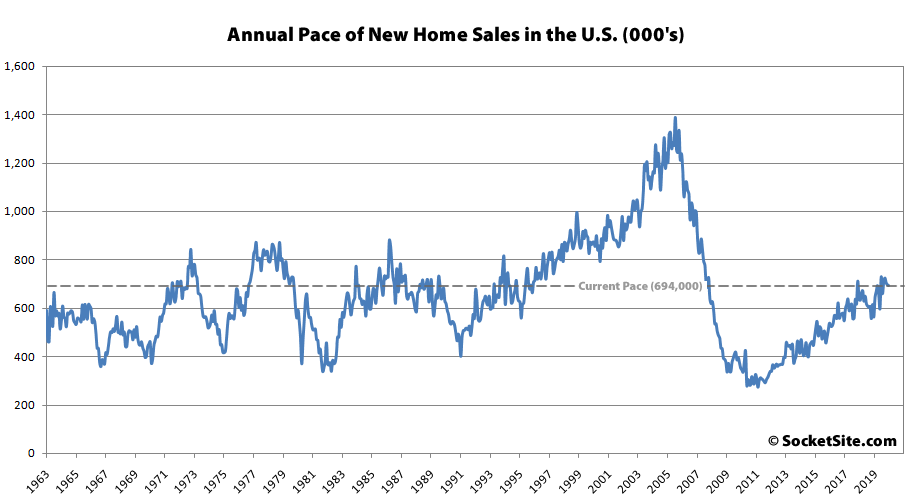 Having ticked down a percent in November, the pace of new single-family home sales in the U.S. slipped 0.4 percent in December to a seasonally adjusted annual rate of 694,000 sales but ended the year at a pace of sales which was 23 percent higher than at the end of 2018.

At the same time, the median price of those homes which sold last month inched up 0.5 percent to $331,400, which was 0.7 percent higher than at the same time last year, while the inventory of new single-family homes for sale across the county ticked up 1.6 percent to 327,000 but remains 5.5 percent lower on a year-over-year basis. 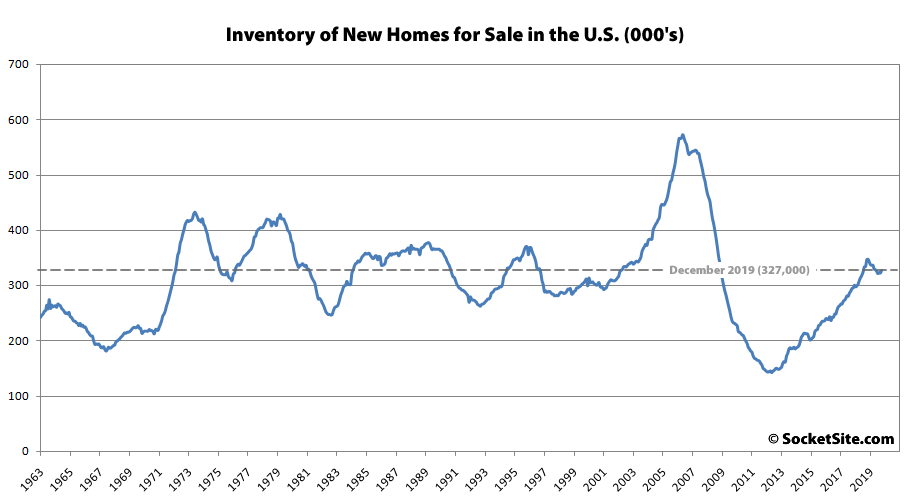 And out West, the seasonally adjusted pace of new single-family home sales jumped 31 percent in December to an annual rate of 241,000 sales, which is double its pace at the end of 2018, with 86,000 new homes on the market, which is 9.5 percent fewer homes on the market than at the same time last year.