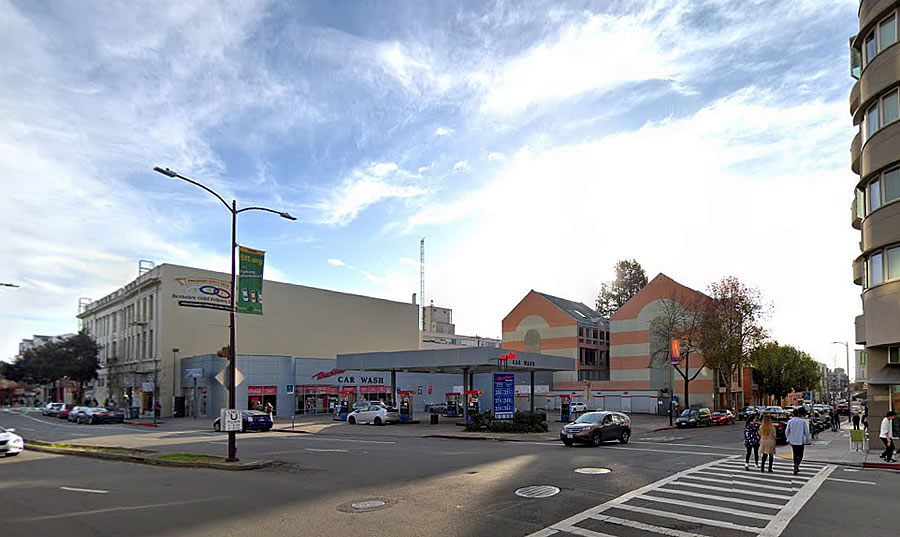 As we outlined early last year, the refined plans for a seven-story building to rise up to 75 feet in height upon the Berkeley Touchless Car Wash and gas station site at the intersection of Kittredge, Fulton and Oxford Streets have been drawn. 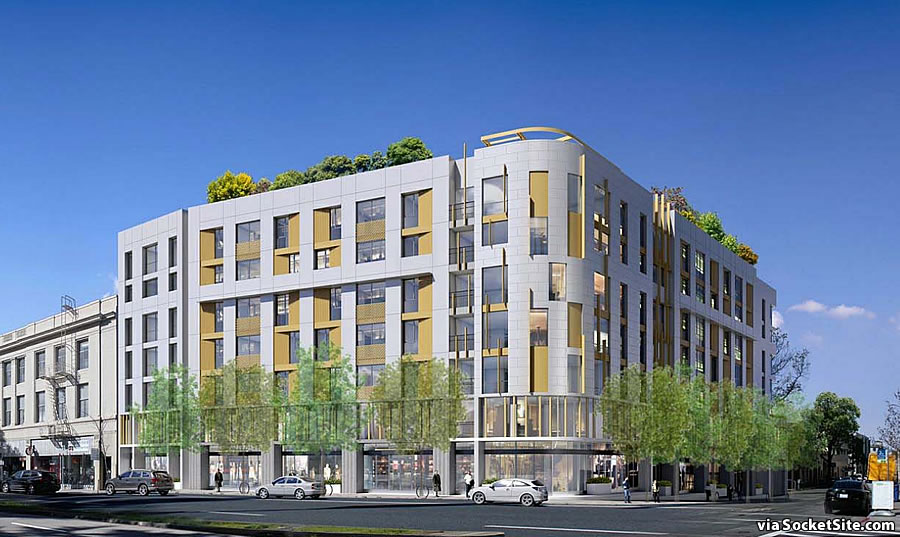 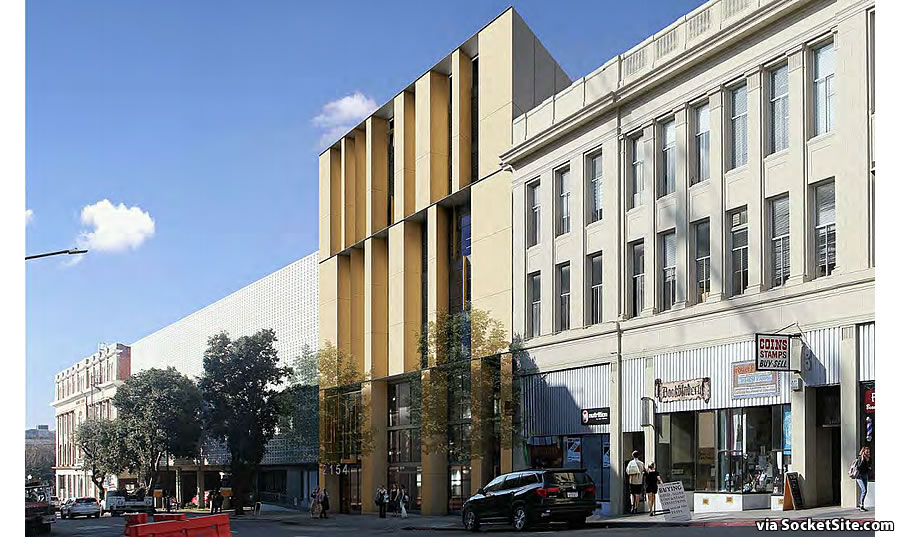 As designed by Kava Massih Architects, the proposed development – which includes the adjacent parcel at 2150 Kittredge Street upon which a four-story office building currently stands as well as a little spur that extends to Bancroft Way, effectively wrapping around the adjacent Longfellow building – would yield 165 residential units (33 of which would be offered at below market rates) over 23,000 square feet of new ground floor retail space and an underground garage for 52 cars (including 4 car share spaces) along with a rooftop garden and decked-out space for its residents. 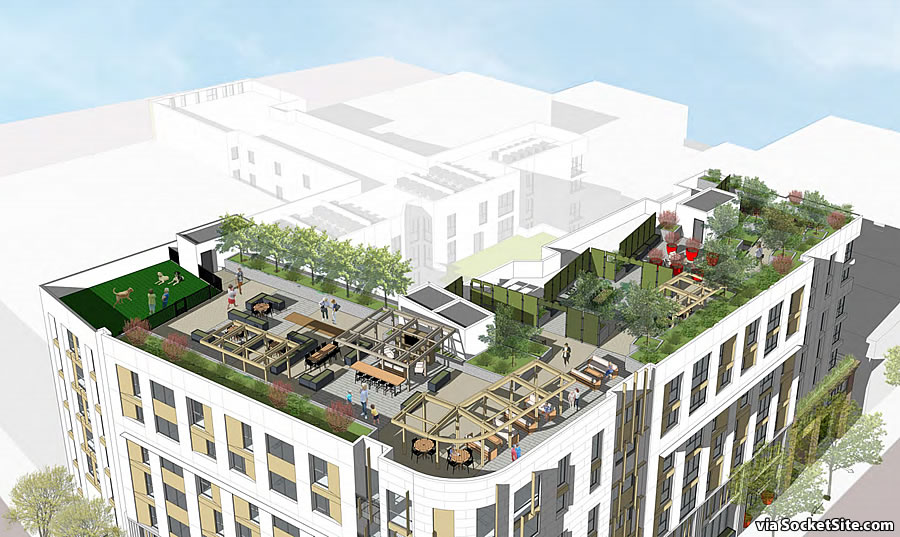 And having since earned a favorable recommendation from the City’s Design Review Committee, along with an infill exemption from a more onerous environmental (CEQA) review, the project could be approved by the City this week.