Refined Design for Prominent Church/Condo Redevelopment on the Rise 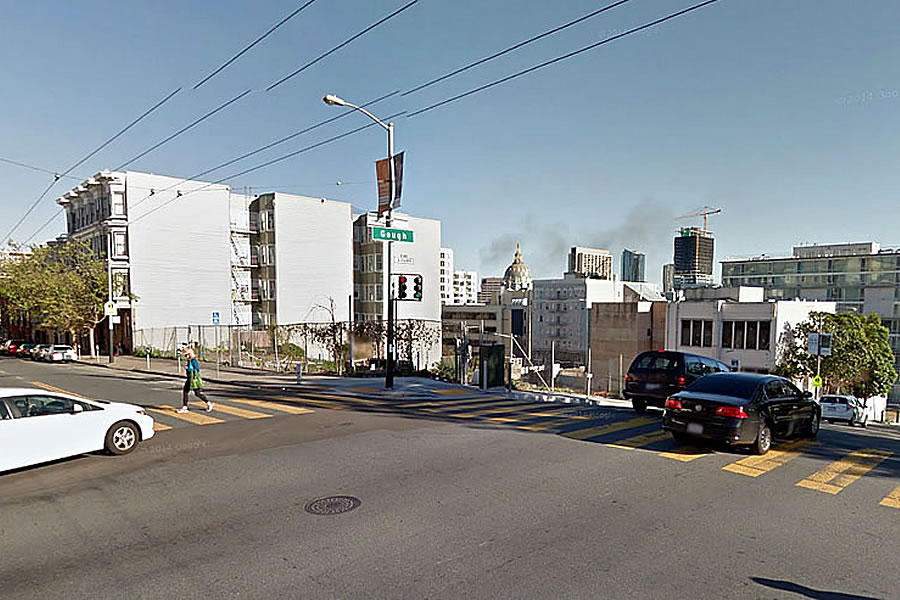 While the plans for the replacement church/condo development rising on the southeast corner of Gough and Eddy, a parcel which the ornate St. Paulus Lutheran Church had occupied for a century before having been destroyed by a fire, were originally drawn by another firm, they have since been refined by Handel Architects. 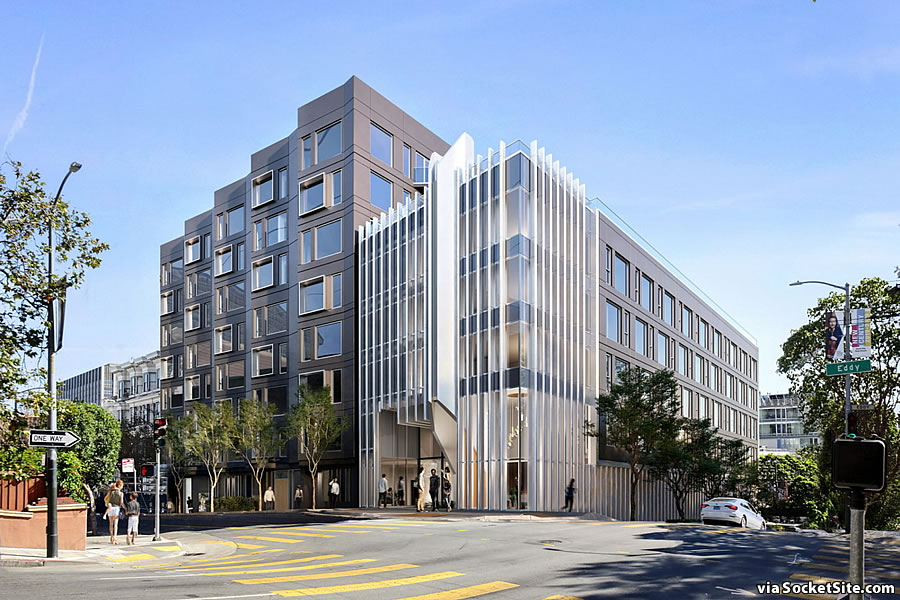 The two primary uses – residential and worship space – are visually distinct, despite being physically interlocked with one another. The church holds the corner at Eddy and Gough, where worshipers enter and step down into the main institutional space. This corner is marked by a composition of upward angles, and a singular entrance marker reaches skyward and defines the building.

The 95-unit residential building is expressed in a folding pattern along Eddy Street, with oversized windows set into a dark gray precast concrete. Along Gough, above the sanctuary space, the precast is expressed in a lighter tone, and the window pattern is repeated. A roof terrace is created atop the lower volume, and a courtyard provides light and air to the rear units.

With Build Group making steady progress for Maracor Development, the new condos, 10,000-square-foot church and residential garage for 61 cars should be ready for occupancy late next year. 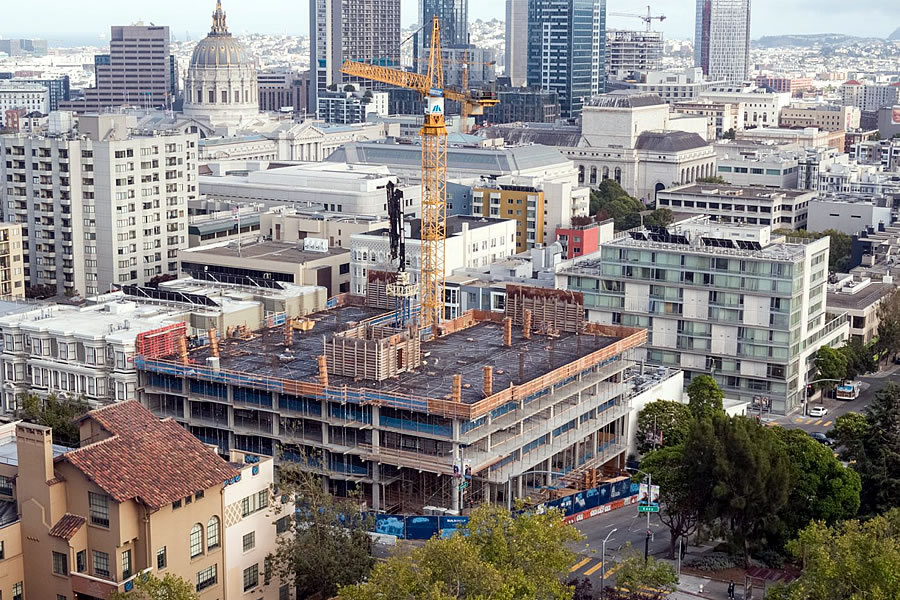 And as with the proposed tower to rise at 530 Sansome Street, the casting of new shadows upon the adjacent Jefferson Square park could have derailed the Gough Street development, but the City’s Recreation and Park Commission determined that future shadows from the 8-story development would not have a significant, nor adverse, impact on the use of the park, clearing the way for the building to rise (as we first reported at the time).

Plans for Iconic Nob Hill Theater Site Have Been Drawn