The Separation of Church and Condos on Gough 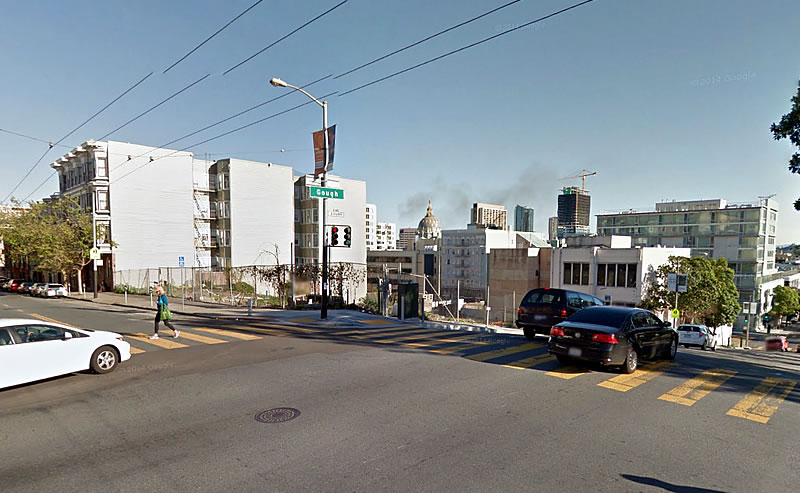 The plans for the proposed eight-story building to rise on the southeast corner of Gough and Eddy, where the ornate St. Paulus Lutheran Church had stood for a century, have been revised by Perry Architects. 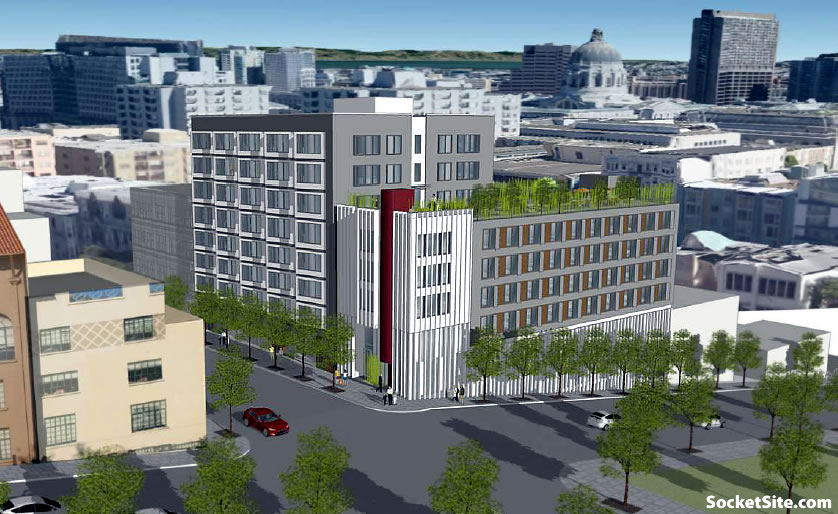 The new designs for the 950 Gough Street site now include 95 condos, back up from 87 and 11 of which would be below-market rate units, over a new 10,000 square-foot sanctuary for the St. Paulus church and a garage for 61 cars, 100 bikes and 4 motorcycles. 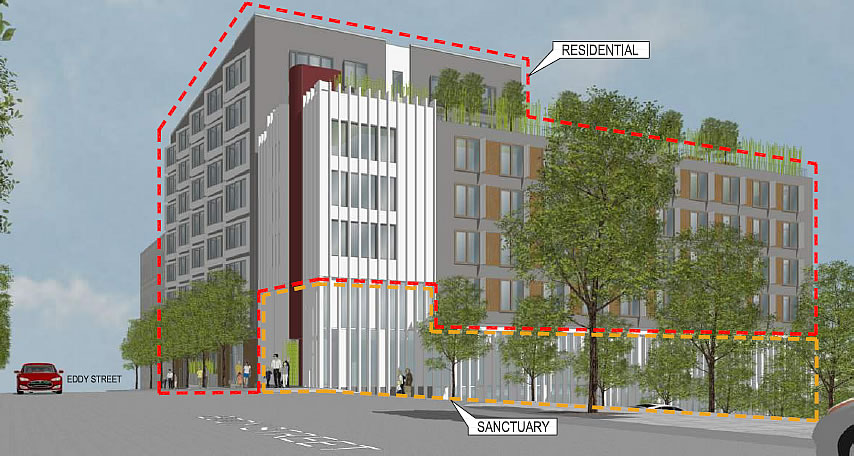 As we first reported a few months ago, with the City’s Recreation and Park Commission having determined that the development’s future shadows on the adjacent Jefferson Square would not have a significant nor adverse impact on the use of the park, the plans for 950 Gough were closer to reality. And this week, San Francisco’s Planning Commission is poised to approve the project.

Maracor Development has been shepherding the plans for the parcel, which the Church quietly placed on the market in 2014, through Planning over the past few years.

Keep in mind that San Francisco’s Planning Code requires a minimum of one parking space per dwelling unit at this site and the Commission will need to approve a variance to allow the development to move forward as proposed. And of the 61 planned parking spots, three are designated for the church.