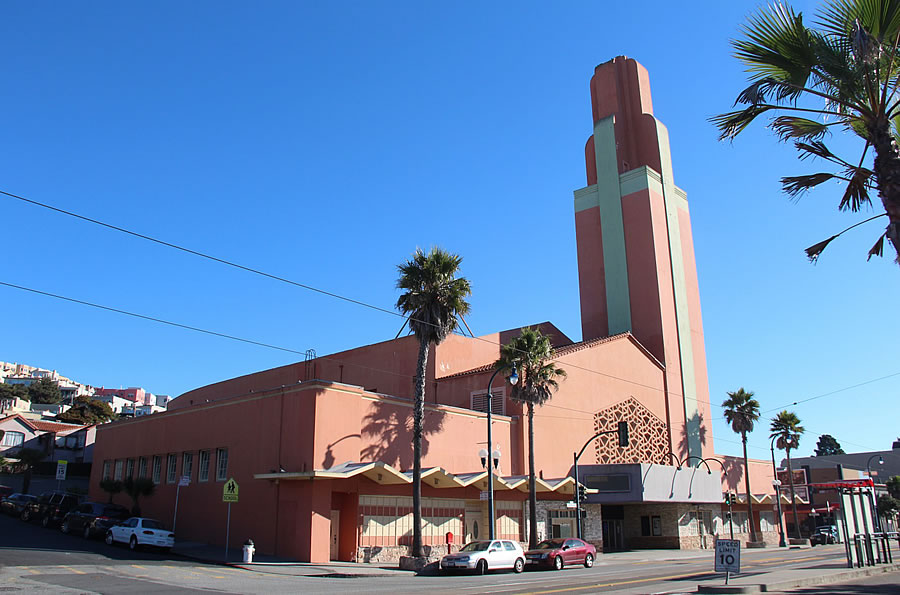 Purchased out of foreclosure for $1.06 million in 2015 and since forcibly designated as an official San Francisco Landmark (No. 274), plans to redevelop the former El Rey Theater at 1970 Ocean Avenue have been newly refined, rendered and formally submitted to Planning for a preliminary review. 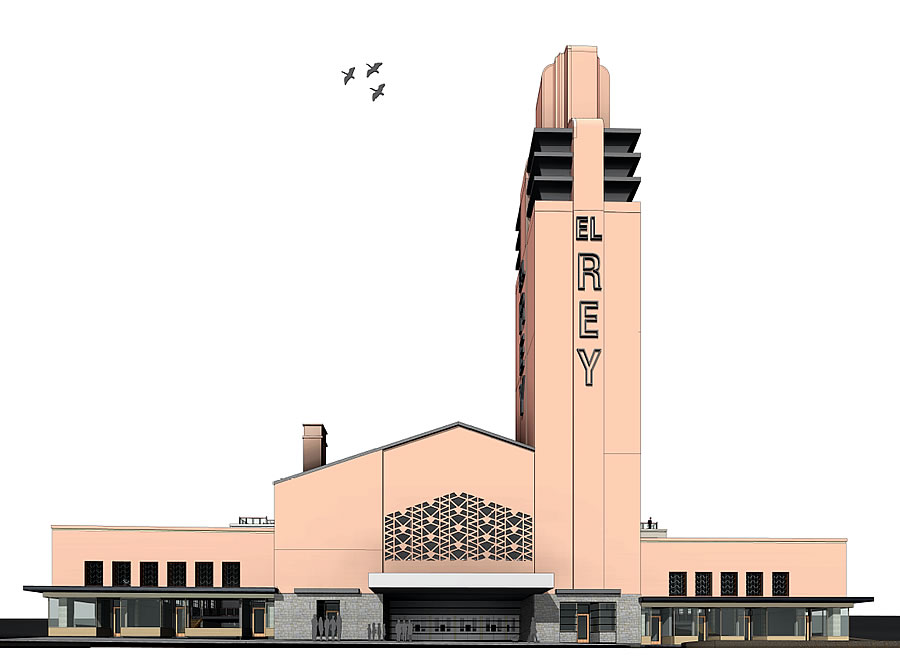 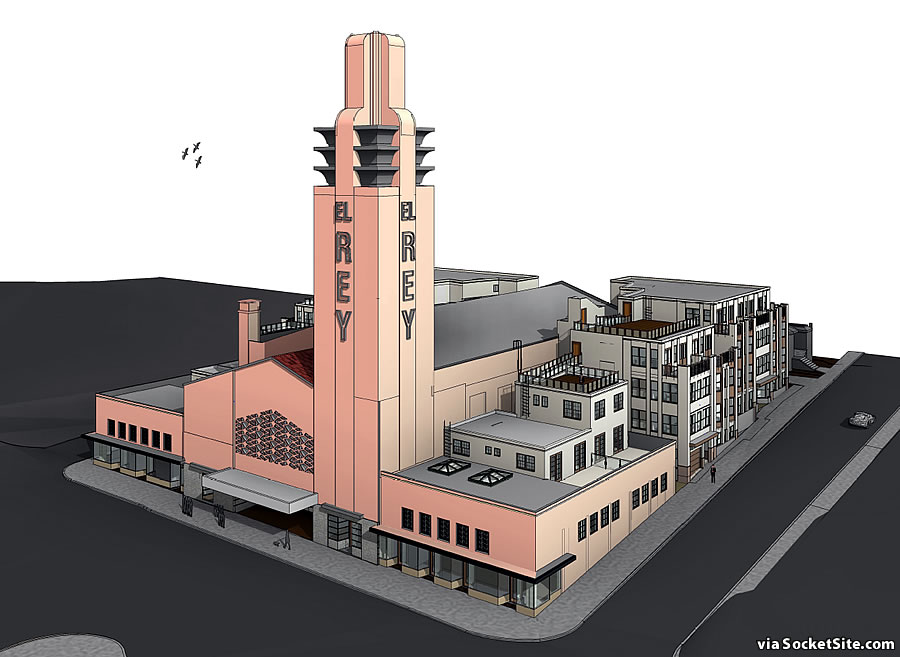 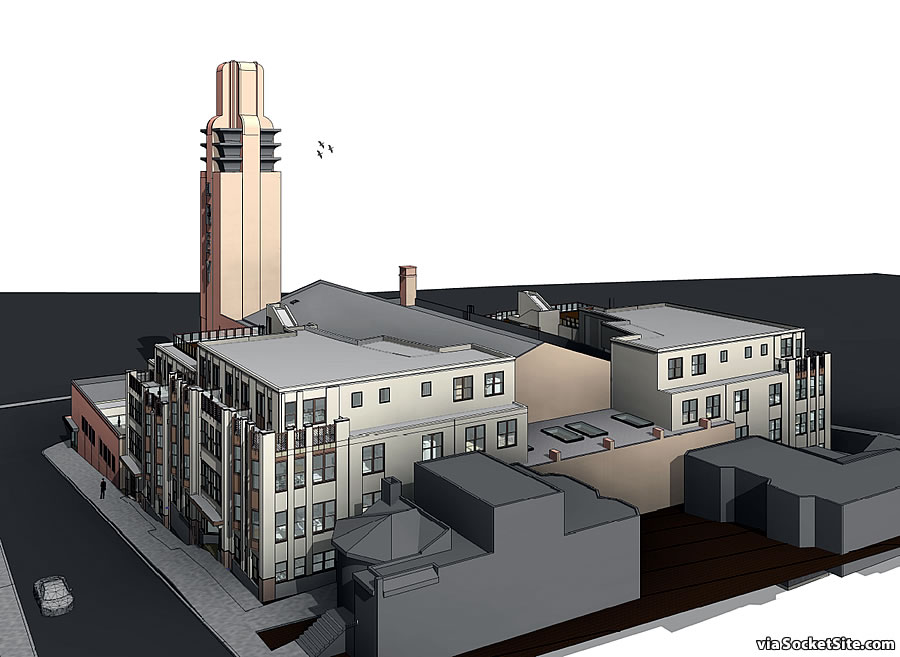 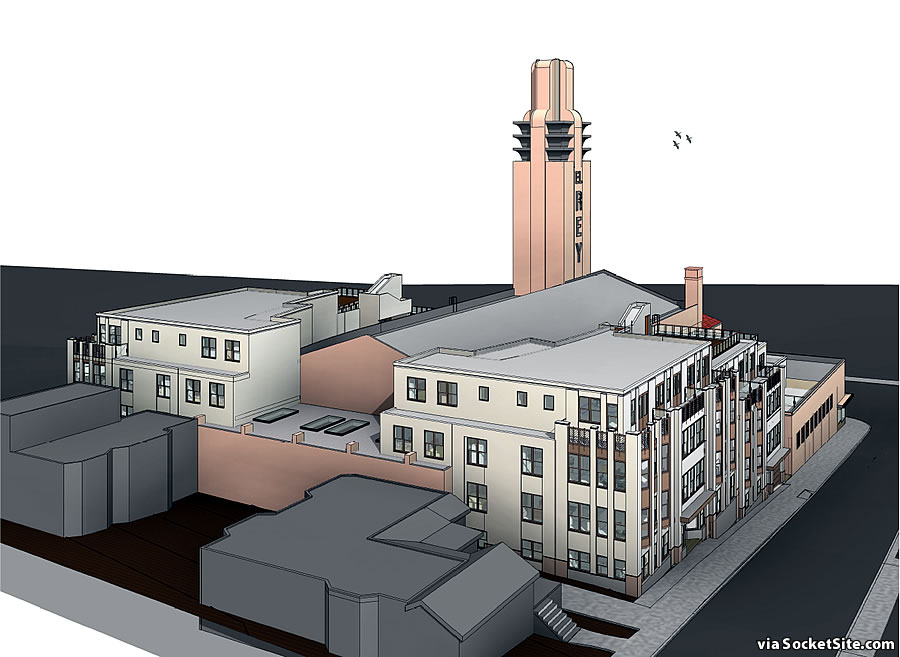 Keep in mind that the formal landmarking of the theater requires that “all exterior elevations, form, massing, structure, roofline, architectural ornament and materials” of the building be “preserved or replaced in kind.” We’ll keep you posted and plugged-in.