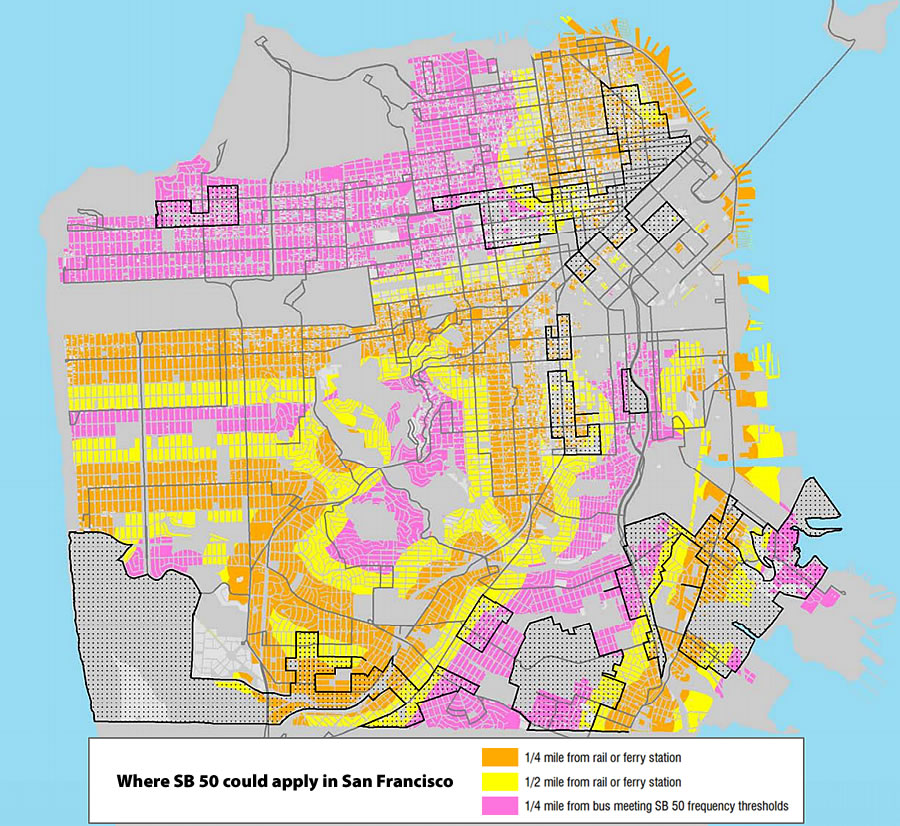 Following in the footsteps of Senator Scott Wiener’s original “transit-rich housing bonus” Bill 827 which was killed last year, Wiener’s follow-up bill, Senate Bill 50 (SB 50), which would allow for taller residential buildings to rise near transit and job-rich areas across California, has effectively been shelved by the Senate’s Appropriations Committee for at least another seven months.

Amendments to the bill could still be made in the interim, but having just been designated a “two-year” bill by the committee’s chairman, Senator Anthony Portantino, the bill won’t qualify for advancement until the start of the next legislative session in January of next year.  Keep in mind that two-year bills that don’t clear their house of origin by the end of January of their second year (in this case, January 31, 2020) are automatically killed.

Earlier this year, San Francisco’s Board of Supervisors passed a resolution opposing the bill which could apply to the city as mapped above, unless it’s amended “to meet concerns from community members and affordable housing advocates.”