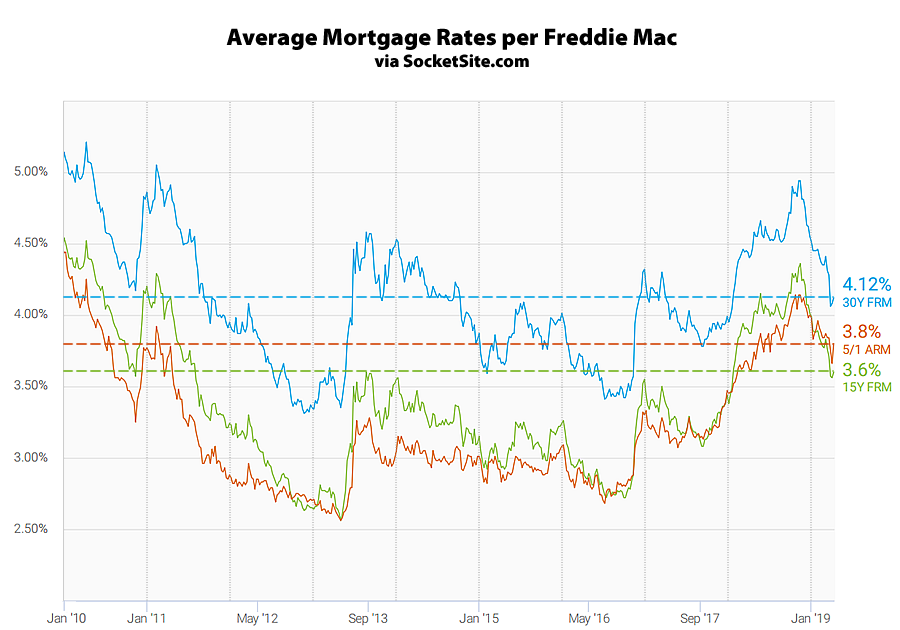 Having dropped 35 basis points in March, including the biggest one week drop in over a decade, the average rate for a 30-year mortgage has ticked up 6 basis points over the past two weeks to 4.12 percent but remains 30 basis points below its average rate at the same time last year (4.42 percent), according to Freddie Mac’s latest Mortgage Market Survey data.

And while the probability of the Fed instituting another rate hike by the end of the year remains at zero, which shouldn’t catch any plugged-in readers by surprise, the odds of an easing are currently even (50/50), according to an analysis of the futures market.