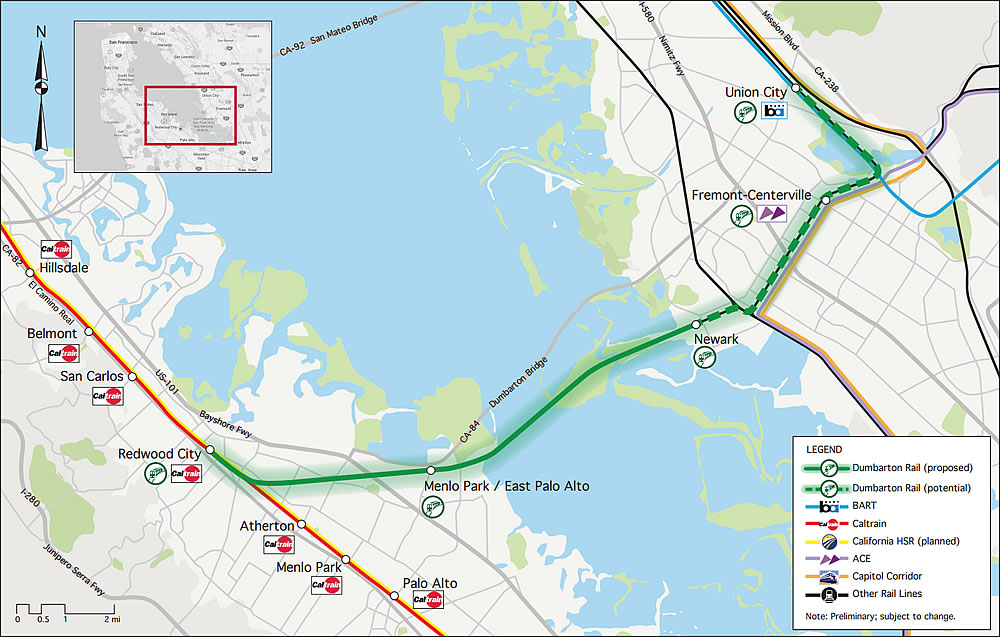 As envisioned by Cross Bay Transit Partners, which is private affiliation between Facebook and Plenary, in conjunction with the San Mateo County Transit District, the Dumbarton Transportation Project would yield a new high-capacity rail link “between residential neighborhoods in the East Bay and job centers on the San Francisco Peninsula.”

The proposed line would initially link Redwood City and Newark, with a Menlo Park/East Palo Alto stop and the potential to extend to the line from Newark to Union City.

And with a target of breaking ground in 2022, the public-private partnership is slated to start hosting a series of community meetings this weekend, to acquaint the community with the team, goals, funding, timeline and process, as outlined below:

Inventory Up and Pace of Home Sales Continues to Drop in the U.S.