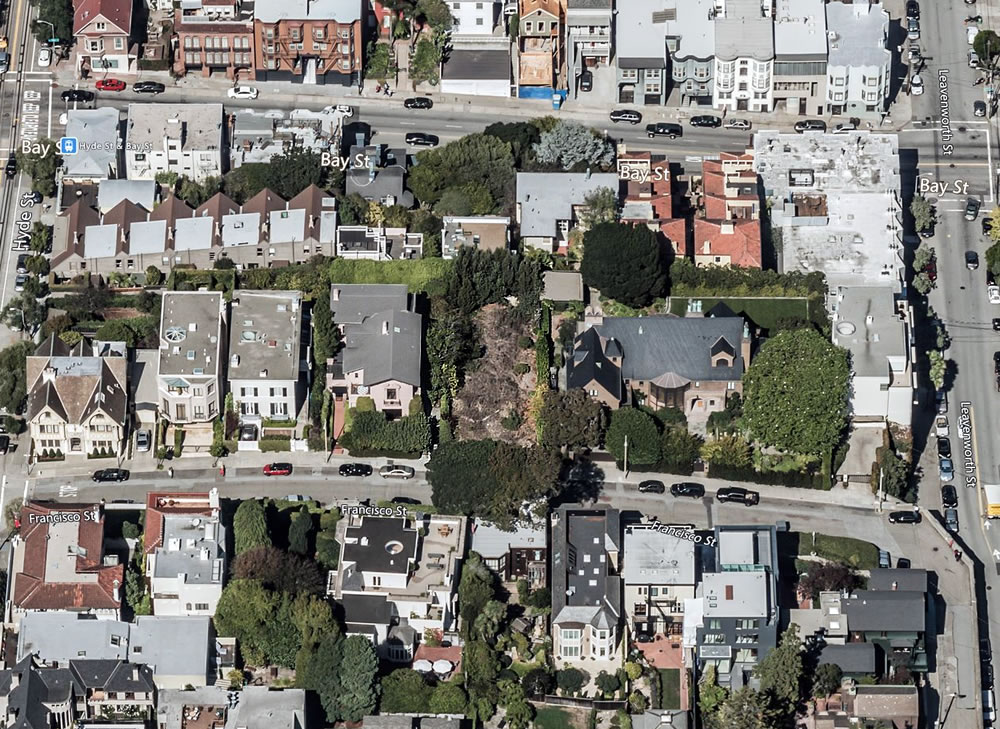 Nearly two decades ago, back in January of 2000, the three-story, 3,700-square-foot home which had occupied the oversized Russian Hill parcel at 850 Francisco Street since 1910 was purchased for $5 million.

Plans for a new, relatively modest, four-story home to rise on the 6,200-square-foot parcel, down the street from Nicolas Cage’s former Russian Hill home on the corner of Hyde, were subsequently drafted and approved. And once the aforementioned development was permitted, the demolition of the existing home on the site was approved and executed circa 2007.

But once the existing home was demolished, new plans for the site quietly emerged, with the project team requesting a slight revision to their previously approved site permit, a revision which outlined their plans for a six-story, 18,823-square-foot home to rise on the downward sloping lot.

The requested “revision” was subsequently challenged and denied.  The previously approved permit was suspended. And the parcel has effectively sat vacant, save some suspected rat and raccoon nests, ever since.

And while the owner of the parcel, which is officially “Crescent Investments Inc,” managed to avoid a foreclosure auction in 2017, 850 Francisco Street has landed on San Francisco’s list of tax-defaulted properties, with what would appear to be nearly $750,000 in back taxes owed and a public auction that could soon be authorized.