Pending Home Sales in the U.S. Continue to Drop 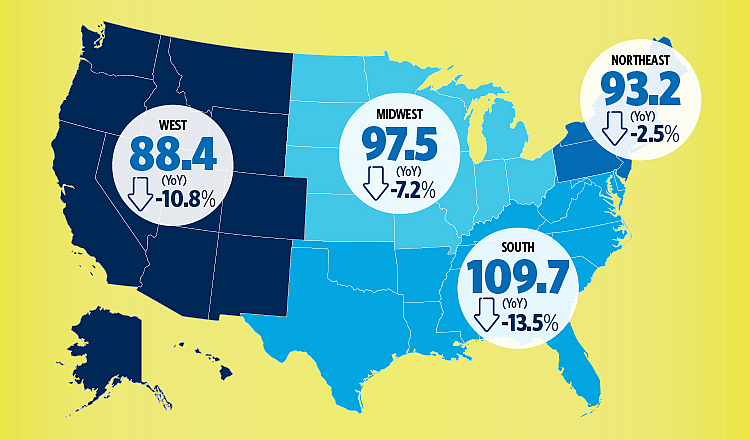 Having declined 0.7 percent in November, the National Association of Realtors Pending Home Sales Index, for which 100 denotes “an average level” of activity, dropped another 2.2 percent in December to a below-average 99.0 and is now running 9.8 percent lower on a year-over-year basis and 11.8 percent below last year’s high of 112.3.

At the same time, the inventory of homes on the market across the country at the end of December (1.55 million) was 5.8 percent higher on a year-over-year basis (versus 36 percent higher in San Francisco).

Out West, while the regional Pending Home Sale Index increased 1.7 percent in December to 88.4, it’s still running 10.8 percent lower on a year-over-year basis.  And as we first reported earlier this year, pending home sales in San Francisco proper are down as well.  Again, despite an increase in inventory levels.