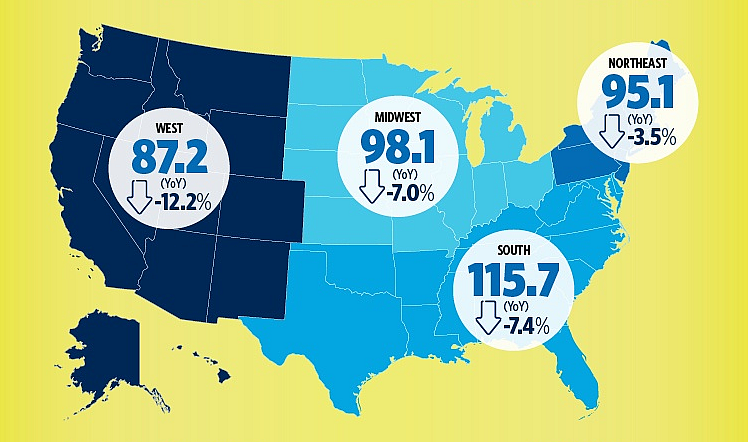 Having dropped 2.6 percent in October, the National Association of Realtors Pending Home Sales Index, for which 100 denotes “an average level” of activity, declined another 0.7 percent in November to 101.4 and is now running 7.7 percent lower on a year-over-year basis and 9.7 percent below last year’s high of 112.3.

And out West, while the Pending Home Sale Index increased 2.8 percent in November to 87.2, it remains at a well below average and 12.2 percent below its mark at the same time last year.