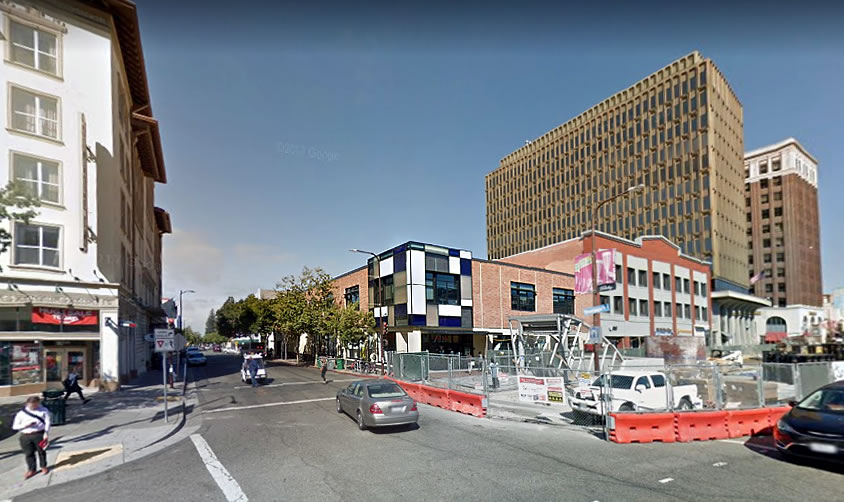 With the architects (WRNS Studio) having eliminated the previously proposed fabric of screens/shutters to adorn the development’s façade, the refined plans for a contemporary 18-story building to rise up to 180 feet in height at 2190 Shattuck Avenue, at the intersection of Allston Way in the heart of Downtown Berkeley, have been granted a favorable recommendation from the city’s Design Review Committee. 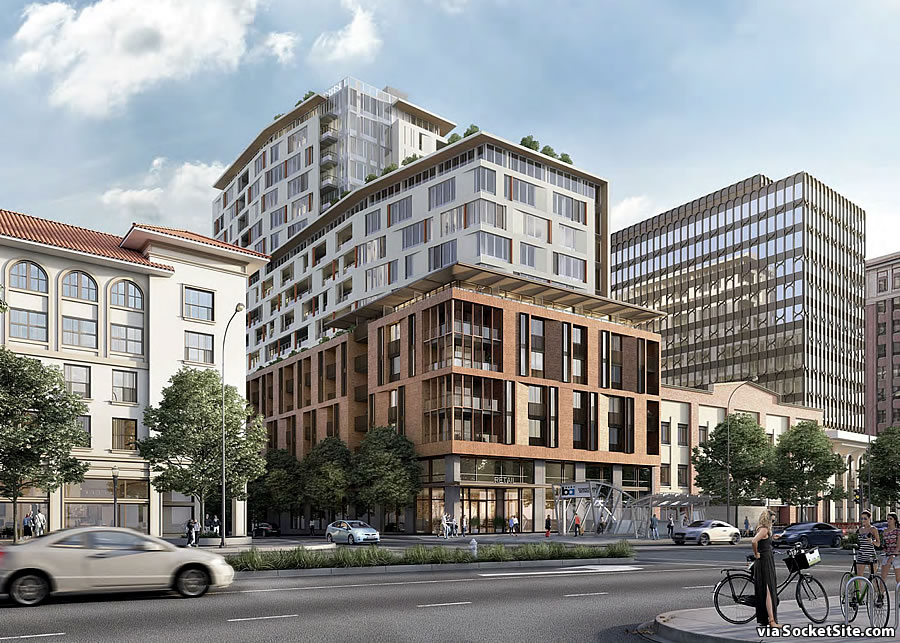 And with a certified Environmental Impact Report (EIR) in hand, Mill Creek Residential’s plans for the Shattuck Terrace Green Apartments project could be approved by the City on Thursday.

The proposed development would yield 274 apartments over 10,000 square feet of ground floor retail space fronting the new BART Plaza and a basement garage for 103 cars. And in addition to the new ground floor retail space, into which the existing Walgreens on the site is expected, but not guaranteed, to return, the plans now include a 677 square-foot “community art space” adjacent to the building’s lobby and a storage room for 100 bikes with a built-in repair space for residents.