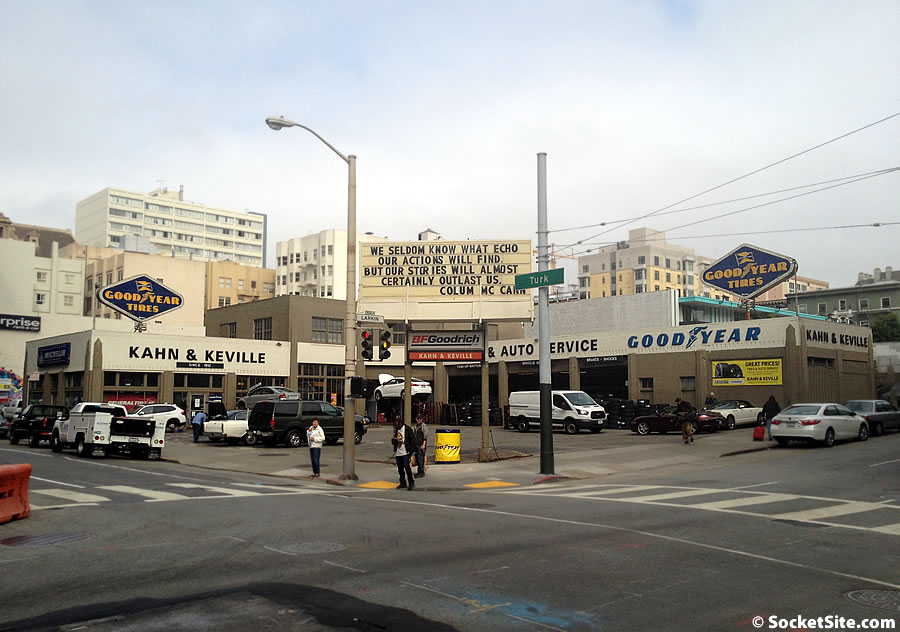 The building permits for the approved eight-story building to rise on the northwest corner of Turk and Larkin, upon the site of the iconic Kahn & Keville tire and battery shop in the Tenderloin, are close to being issued.

And next month, the Mayor’s Office of Housing and Community Development will authorize the San Francisco Housing Authority to submit a request to the United States Department of Housing and Urban Development to release their funding for the project.

Once the ground is broken, the 500 Turk Street building, which will be managed and owned by the Tenderloin Neighborhood Development Corporation (TNDC), should take a little under two years to complete and will yield 108 below market rate (BMR) units (a mix of 22 studios, 30 one-bedrooms, 42 twos and 14 threes) over 2,700 square feet of new retail space on the corner, as newly rendered by David Baker Architects. 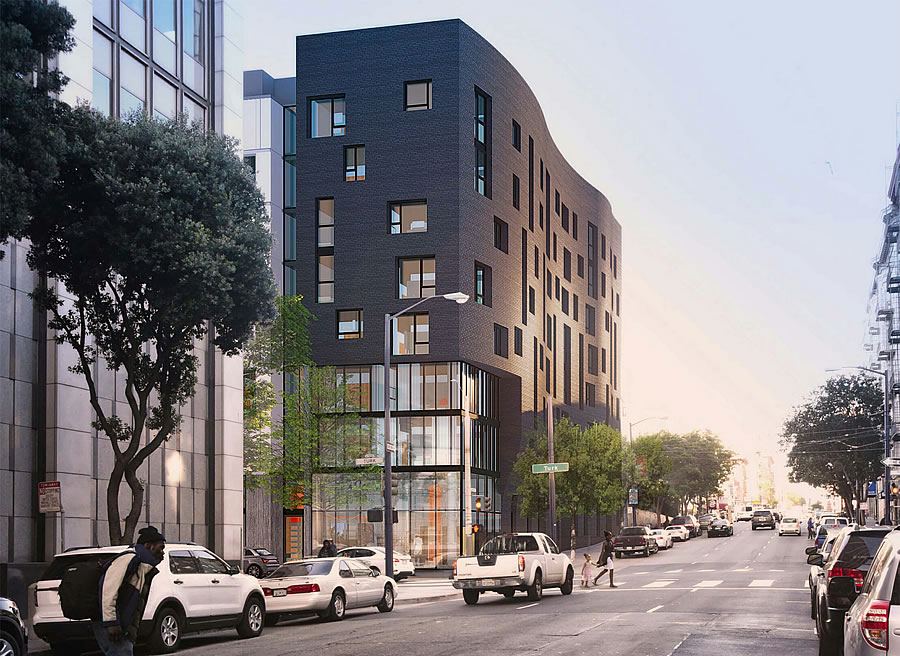