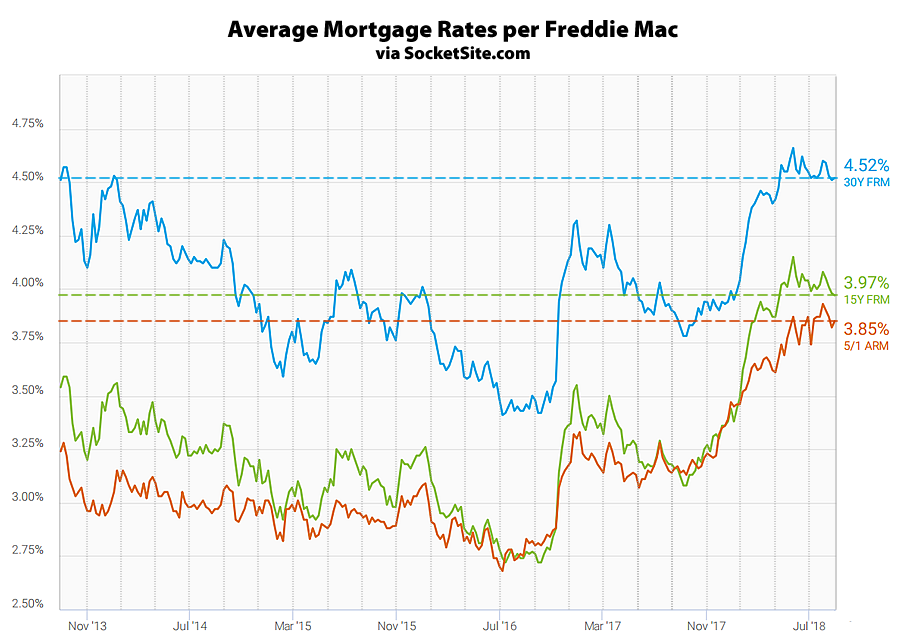 Having bounced around a narrow 15 basis point band over the past four months, the average rate for a benchmark 30-year mortgage has been hovering around 4.5 percent over the past couple of weeks, which is 70 basis points above its 3.82 percent average rate at same time last year and within 14 basis points of the seven-year high of 4.66 percent which it hit in May, according to Freddie Mac’s latest Mortgage Market Survey data.

And according to an analysis of the futures market, the probability of the Fed rolling out a rate hike in September is now running around 96 percent.