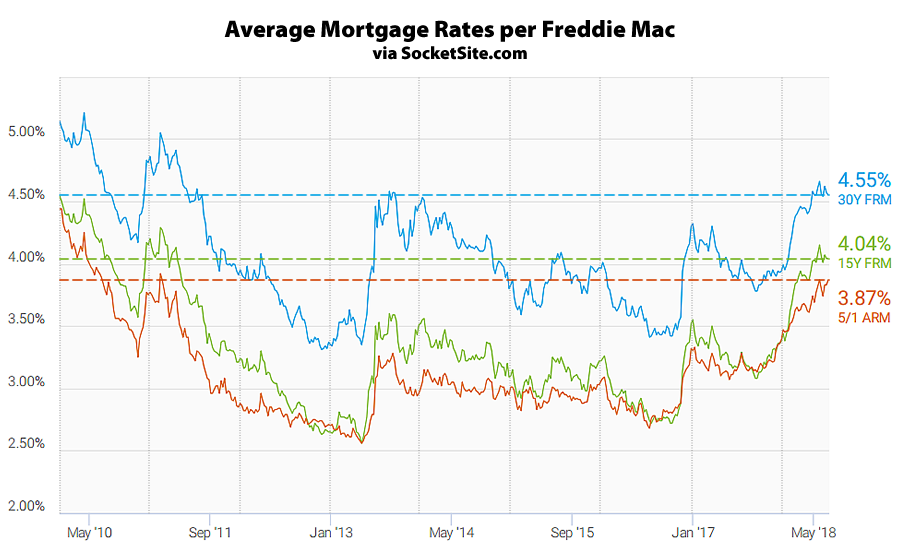 The average rate for a benchmark 30-year mortgage slipped 2 basis points over the past week to 4.55 percent but remains 67 basis points higher on a year-over-year basis and within 11 basis points of the seven-year high of 4.66 percent it hit last month, according to Freddie Mac’s latest Mortgage Market Survey data.

And yes, an overall flattening of the yield curve is starting to raise concern.